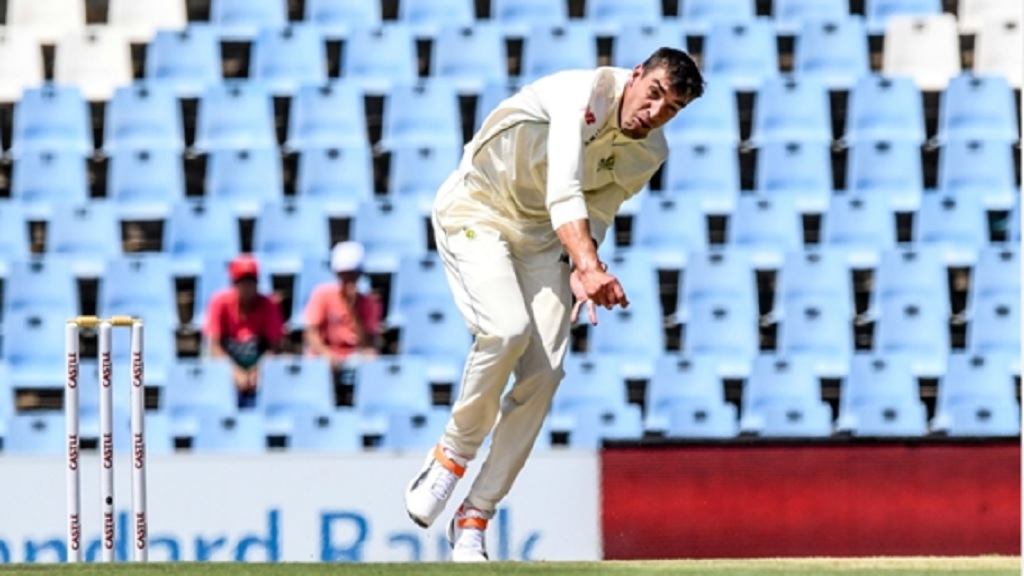 Duanne Olivier followed up his career-best figures with another stunning bowling display as South Africa moved into a commanding position against Pakistan on day two of the first Test.

Olivier claimed 6-37 during Pakistan's first innings at Centurion and did much of the legwork once more on Thursday, taking 5-59 as the tourists collapsed from 134-3 to 190 all out second time around.

South Africa had earlier posted 223 in their first innings and will return on Friday chasing a target of 149 for the win.

The Proteas were 127-5 at the start of Thursday's play but could only add 97 runs for the remaining five wickets, although Quinton de Kock shone with a knock of 45.

Number 11 Olivier had faced only three deliveries when De Kock was dismissed by Mohammad Amir (4-62) to end the innings, but his contribution with the ball would again be key.

Fakhar Zaman (12) was first to fall, caught by Kagiso Rabada off Olivier, who then broke a burgeoning partnership between Imam-ul-Haq (57) and Shan Masood (65) by bowling the former, the ball clipping the inside of the bat before hitting the stumps.

Azhar Ali was Olivier's next victim, before Dale Steyn - who became South Africa's leading Test wicket-taker on Wednesday - added to his haul with the scalp of Asad Shafiq.

Rabada gave Olivier a break with the consecutive dismissals of Babar Azam, Sarfraz Ahmed and Amir.

And, after Olivier sent back Yasir Shah for a duck and Steyn claimed the valuable wicket of Masood, it was only fitting that Olivier delivered the final blow, removing Shaheen Afridi to leave South Africa chasing 149 for victory on Friday.