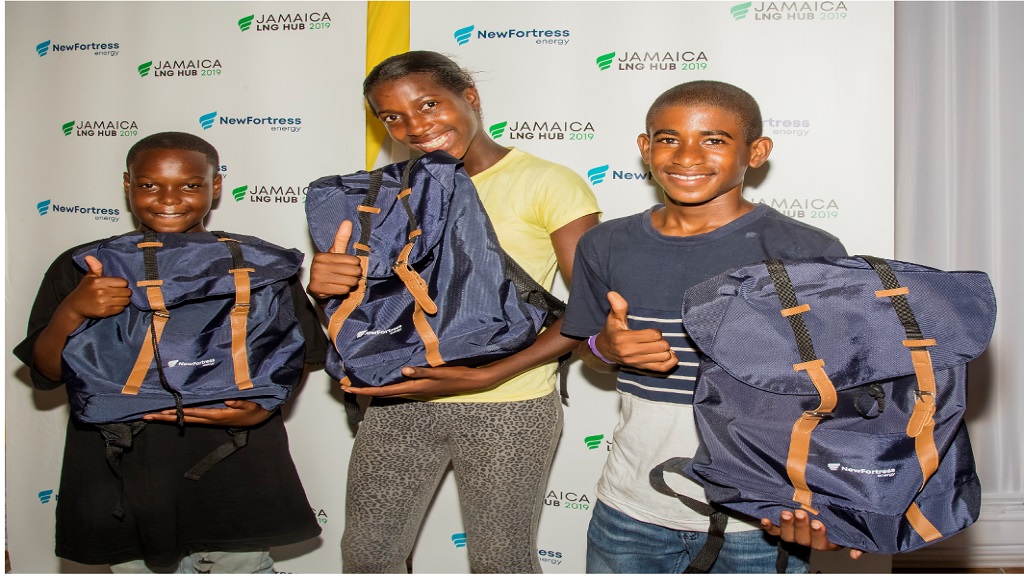 The thought of making back-to-school plans is generally met with stress and uncertainty for many parents who have no idea where the first dollar will come from to send their children back to school.

It’s therefore little wonder why so many parents, students and even teachers in Old Harbour and the refinery communities in Clarendon were in high spirits and filled with gratitude last week when energy company, New Fortress Energy awarded students with well-needed support to go back to school.

Single parent, Terri-Ann Edwards, who was close to tears when her daughter, Amonda Scully from Old Harbour Bay Primary collected her package, said; “This is such a great help. I appreciate it so much, especially the voucher that will help to get some of her books. Generally, I wouldn’t have bought anything even up to this stage, that’s why I’m so grateful for this because I was really worried about finding the money to do everything.”

“She’s going to grade six in September and she’s doing extremely well in school; I’m so proud. Her average is 90 per cent and I encourage her in every way I can to always do her homework and her projects on time, work hard and always do her best,” Edwards continued beaming with pride. 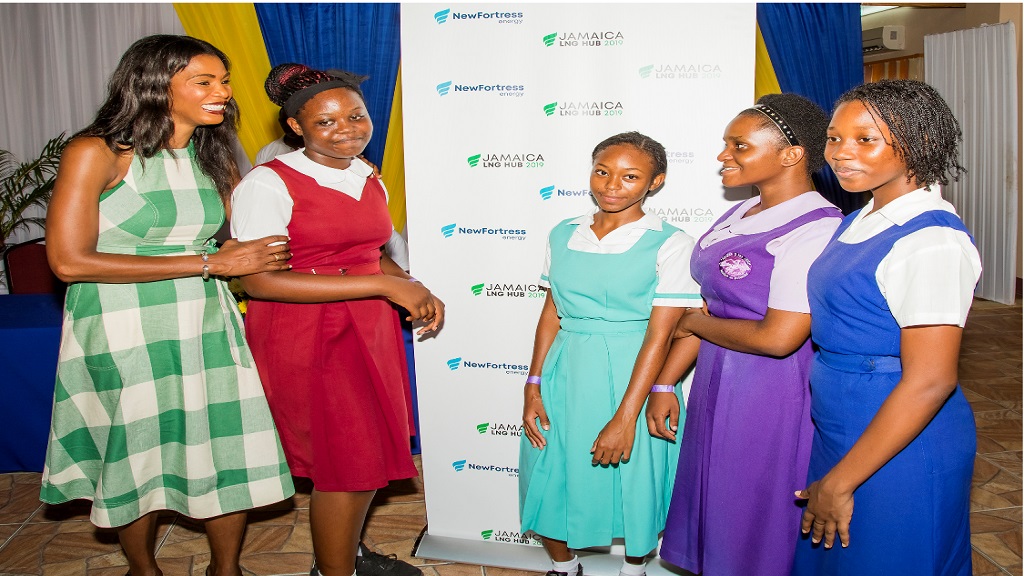 These students share a moment with Verona Carter, VP of Public Affairs.

She describes her daughter as being rounded. “She said she wants to be a nurse and an actor. She represented her school at the JCDC Festival and was recognized for stand-up comedy. I just want her to be the best at whatever career she chooses and I’m always here to support her,” she closed.

Moisha Johnson, whose daughter attends Hayes Primary said. “This is not the first year that New Fortress is doing this and I’m telling you, it’s like we have our own little fairy godmother because as hard as it is, we know we’re getting double from New Fortress – the Fair and the vouchers plus school supplies,” Johnson expressed.

“I don’t really have it to take my daughter somewhere to have so much fun in the summer, so trust me, she looks forward to it and I know for a fact that many other parents look forward to this as well,” she ended. 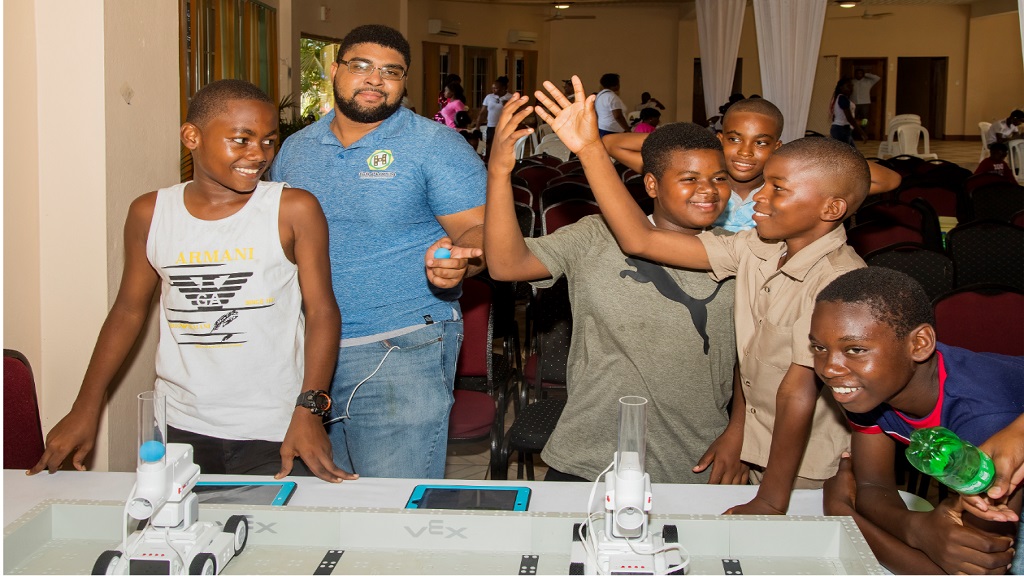 Halls of Learning returned to the New Fortress Energy Back to School Fair in Clarendon for the second consecutive year where hundreds of students were fully engaged in the word of robotics and coding.

Perhaps the most profound show of gratitude, however, was when a teacher from Old Harbour Primary, Dahlia Golding-Mitchell, said she felt compelled to seek out the NFE team and express thanks on behalf of the students and parents.

“You have no idea what today means to these students and parents. As a teacher in the classroom, I see the hardship that exists in some of these families, and this for them is a very big help.”

“Come September morning, these kids will be coming back to school with new bags, books, plus new uniform that they get to purchase with their vouchers. I just couldn’t let you leave without coming over to say thanks on behalf of the community and the school,” she ended.

Meanwhile, in her remarks during the opening ceremony, Verona Carter, VP of Public Affairs left a word of encouragement with the students.

“Education is a fundamental tool that can be used to lift people out of poverty. So, take advantage of this help you’re getting to push yourself to excel to fulfil your fullest potential.”

New Fortress Energy will host its third and final Back to School Treat for the year in Montego Bay on August 21 in collaboration with the Montego Bay Chamber of Commerce and Industry.