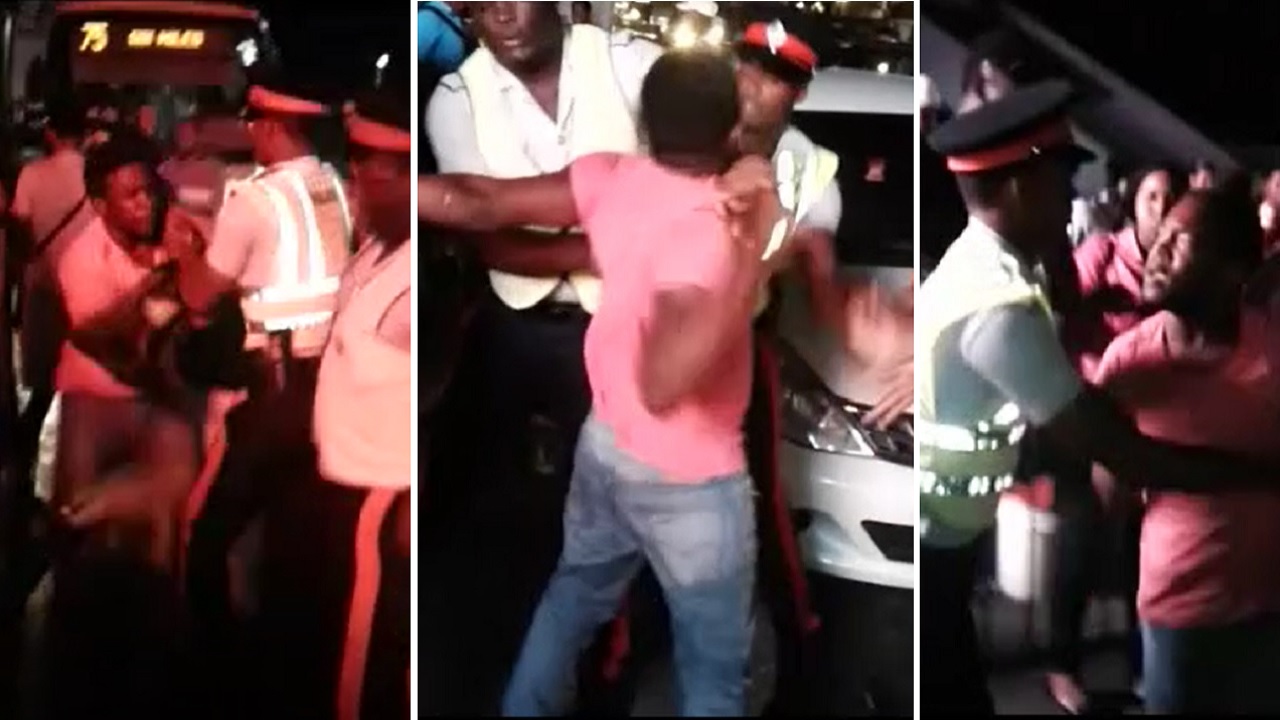 Screenshots of video showing a man resisting arrest in Half Way Tree earlier this week.

Police officers in Half Way Tree in St Andrew had their hands full this week when they attempted to apprehend an unruly taxi operator.

The incident was caught on video and cops cite it as just the latest example of disregard for authorities by some members of the public.

The two minute video shows members of a police team trying to arrest the cabbie but being met with strong resistance from the accused and his cronies.

“Eh bwoy go suck yuh…” the accused is seen hurling at the cops amid expletives.

The unruly man becomes increasingly physically aggressive towards the cops and, at one point, with a clenched raised fist, threatens to punch one of the lawmen. He even warns the officers that he’s capable of doing them harm.

The standoff escalated to the point where members of the police team were seen wrestling with the taxi operator.

Friends of the accused came to his assistance and were seen impeding the police officers as the lawmen attempted to carry out their duties.

The taxi operator managed to escape from the area. It is unclear if the accused is still at large.

Senior officials of the Jamaica Constabulary Force have raised concern about the frequent number of reports they have been receiving of unruly members of the public impeding their members during the execution of their duties.