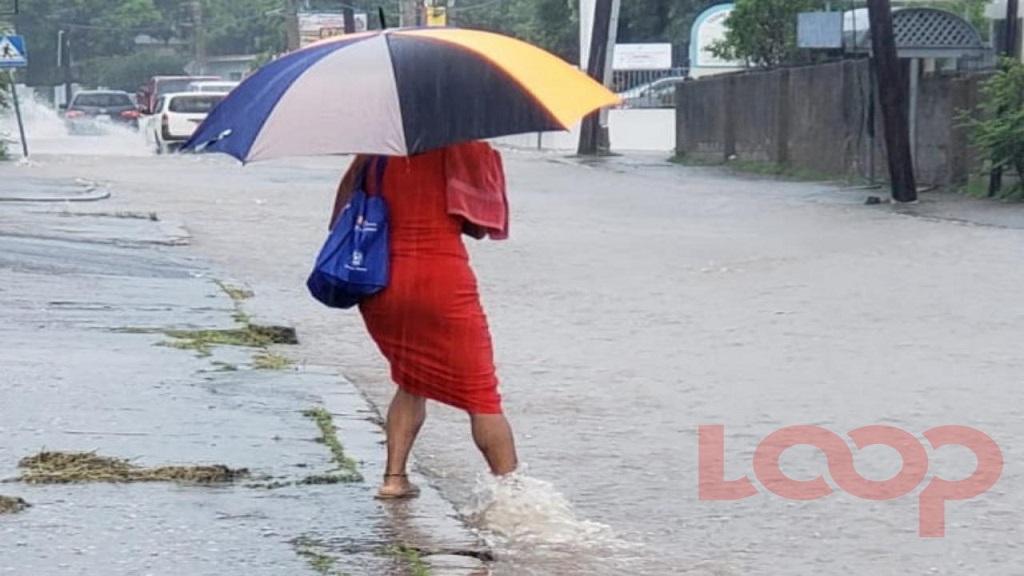 A woman attempts to cross a flooded street during a rainy day last month.

Rainfall was at least double normal averages in four parishes during the month of October, according to preliminary Meteorological Service of Jamaica figures.

The Met Office made the announcement via social media over the weekend, noting that Manchester, St Thomas, Clarendon and St Catherine experienced rainfall in October at least twice their 30-year averages.

In October, the island was affected by heavy rainfall associated with Tropical Storm Zeta, which left widespread devastation in the form of washed out roads and bridges, landslides, flooded roads and homes, and flattened crops islandwide.

Southern parishes were most impacted by the deluge. 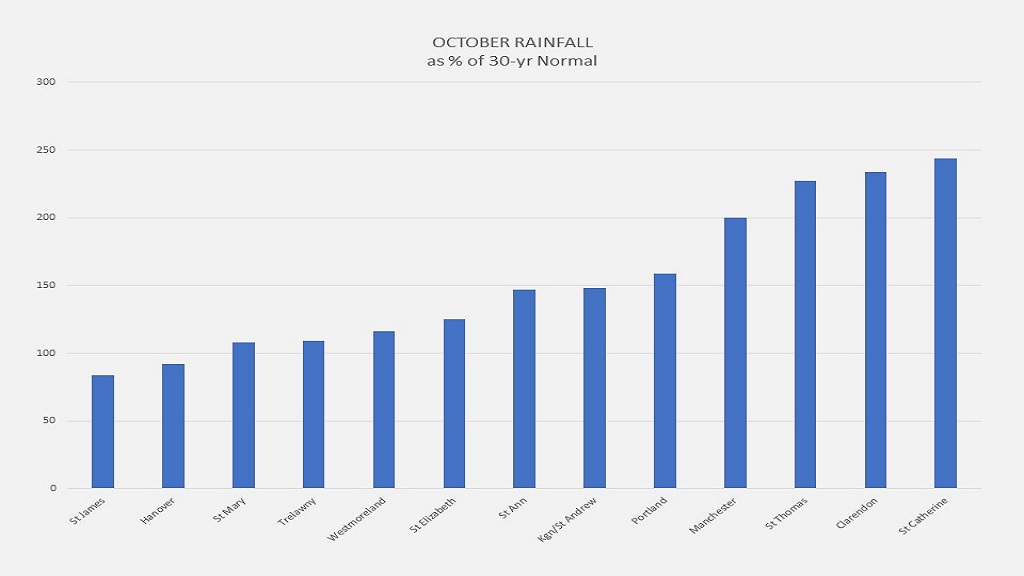 Met Service graph showing rainfall in October 2020 as a percentage of 30-year averages in each parish.

According to Met Office data, Manchester saw an exact doubling of its normal showers in October, with preliminary figures showing rainfall amounting to 200 per cent of the 30-year-mean of 200 millimetres during the month.

Hanover and St James were the only parishes that recorded below-normal rainfall during October, the agency said, noting that Hanover saw rainfall amounting to 92 per cent of the parish's 30-year-mean (300 millimetres) while St James saw showers totalling 84 per cent of normal levels (200 millimetres) for the month.

With 1,200 millimetres of rainfall recorded during the month, October 2020 was the third wettest October for Jamaica in the island's recorded history.

The highest amount of rainfall ever recorded in October was 1,400 millimetres in 2005.