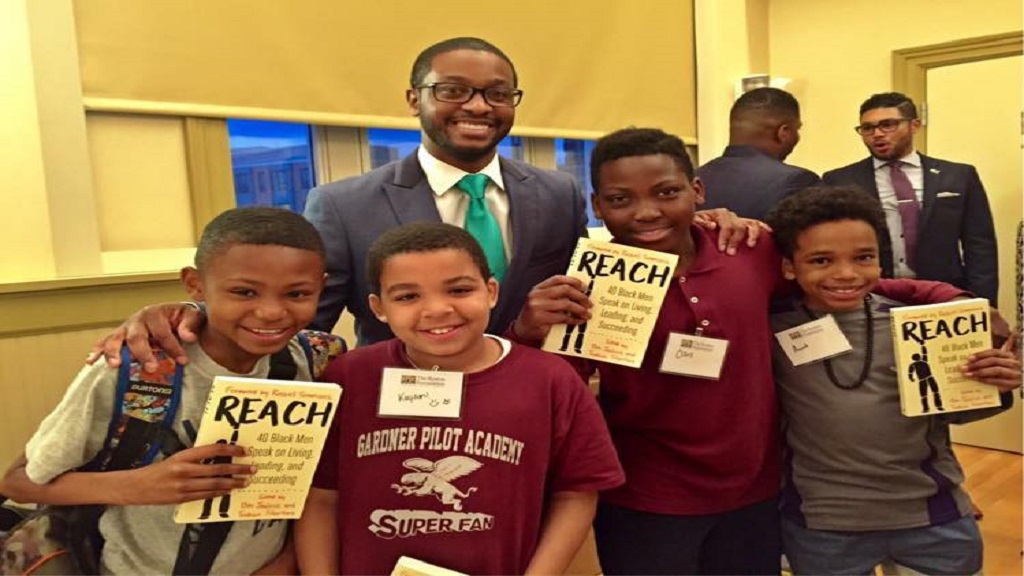 Dr Eddie Connor with youngsters he mentors in the US. (Photo contributed)

Dr Eddie Connor, a recipient of Former US President, Barack Obama’s Volunteer Service Award and Lifetime Achievement Award will be empowering scores of Jamaican youth later this month as the featured speaker for Emmanuel Apostolic Portmore’s Youth Week 2019 from April 24th to 28th.

‘Dr. Eddie’ as he is affectionately called is a noted International Speaker and Author of nine best-selling books including ‘Woman’ ‘Dear Queen’ and ‘Unwrap the Gift in YOU.’ He grew up in Kingston, Jamaica and now resides in Detroit, Michigan. He has been featured on programmes such as the Steve Harvey Show, The Tom Joyner Show and on major networks like NBC, FOX, CBS, PBS and BET. He has also been one of TD Jakes’ featured speakers for his popular ‘Megafest’ series.

As a survivor of stage 4 Cancer, he believes in paying it forward and is the founder of the mentorship programme, ‘Boys 2 Books’ which empowers young men through literacy, leadership, and life skills enrichment. That program was the impetus for former US President Barack Obama's, ‘My Brother's Keeper’ initiative.

‘Dr Eddie’ is also recognized as one of the Top 35 Millennial Influencers in America, listed in the Top 100 Leaders in Who's Who in Black Detroit, and named to Michigan Chronicle's Top 40 Under 40.

As he anticipates his visit to Jamaica, his message to everyone in particular young men is “The only person who can stop you is you. It’s not a hater or naysayer. It’s the man in the mirror.”

Those interested in hearing Dr Eddie speak can attend the free public event at the Emmanuel Apostolic Church, Braeton Parkway in Portmore on Wednesday, April 24th to Friday, April, 26th at 7 pm nightly. Also on Saturday, April 27th at the all day “Empowered to Win” event and on Sunday, April 28th at 7 am.

Changing the narrative to empower young women in cybersecurity