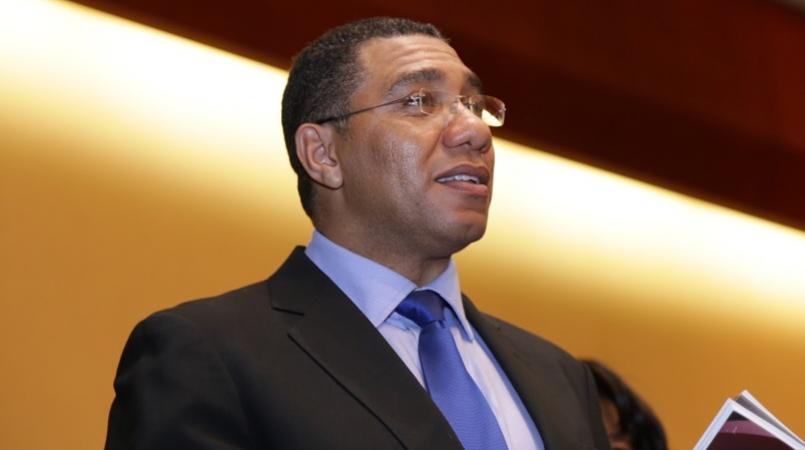 “We are now creating the NWC as an asset in which pension funds, and other such funds, like insurance funds, can invest,” he explained, while addressing a press conference held at Jamaica House on Tuesday to provide further details on the bond issue.

Holness said the Government recognises that the NWC is “an incredible asset”, but lamented that for many years, it has had a poor balance sheet.

He noted that the local bond issuance will now allow the NWC to refinance a significant portion of its high interest rate foreign currency-denominated loans, which will reduce the Commission’s exposure to foreign exchange losses.

Over the years, the NWC has suffered significant financial losses due to the negative impacts of declines in the exchange rate of major trading currencies against the Jamaican dollar. The foreign exchange losses incurred by the company for the 2014 to 2017 period amounted to $5 billion.

The Prime Minster said that in making the NWC financially stronger, it will be able to take on more capital projects, noting that a significant portion of the $15-billion bond will be used to finance capital projects, which include laying pipes, dealing with sewerage infrastructure, treatment and repairs.

“Because the NWC is now a financially viable asset, it does not have to depend on government support or revenue. It can now engage on equal footing with the private sector, through public/private partnerships, because it has a stronger balance sheet to execute these projects,” he said.

The Prime Minister further noted that he is pleased that the arrangement, which is the largest the NWC has ever undertaken, is being done without a government guarantee, and at competitive interest rates. It will also be the second largest Jamaican dollar-denominated transaction of this nature.

Holness said he also welcomes another important aspect of the facility, where a substantial portion of the bond will be loaned to the Government for 40 years. He noted that this is significant, because it demonstrates that the market is not only willing to lend without a government guarantee - but for such a long period.

Under the arrangement, which was facilitated through the National Commercial Bank Capital Markets Limited, the NWC will have immediate access to $12.51 billion to refinance specific foreign currency-denominated loans and also provide funding of $3 billion to undertake a number of agreed capital projects island-wide in the fiscal period 2018/19.

The remaining $2.49 billion from the bond issue is to be received in 12 months, on condition that the Commission would have achieved stipulated targets relating to its on-revenue water (NRW)-reduction programme in Kingston and St. Andrew, and implementation of its new high-performance digital water meters, among other things.