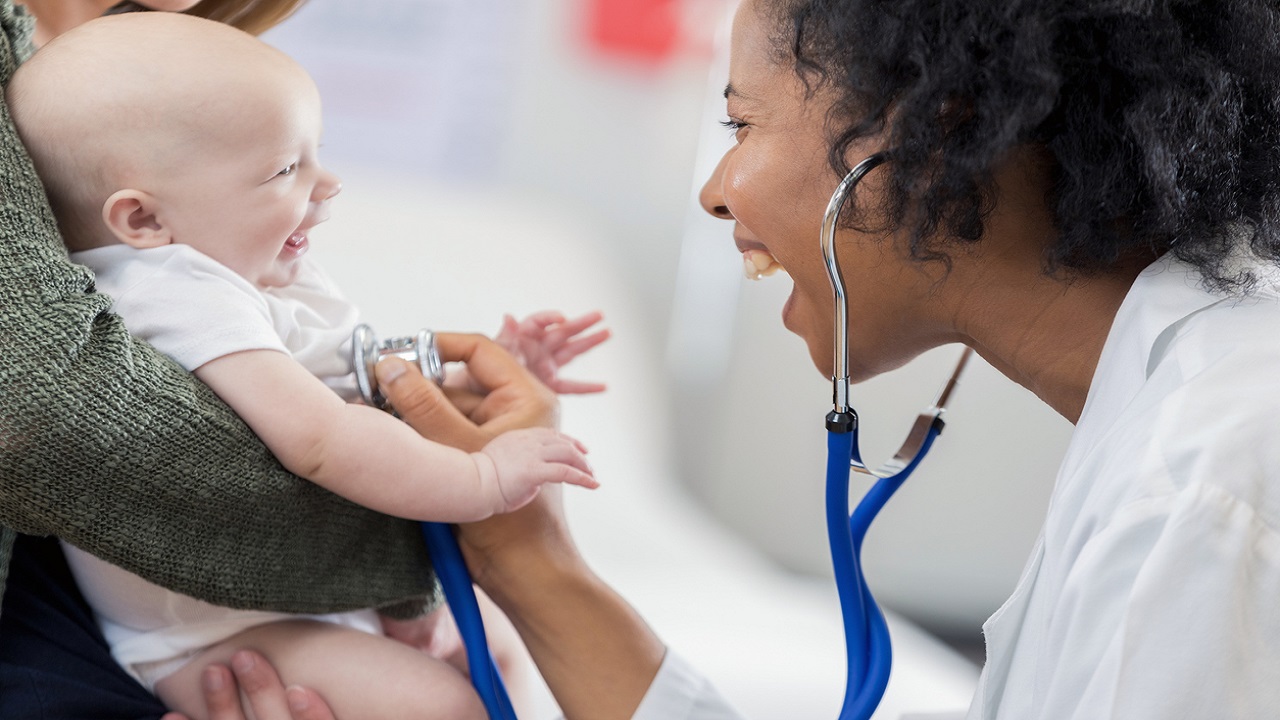 Stock photo of a nurse attending to a baby.

The relatively meagre salaries being paid, coupled with the poor conditions of work have combined to trigger a continuous exodus of Jamaican nurses to Canada, the United States and the United Kingdom.

That reality has been made worse by the fact that remittances that would normally be sent back to Jamaica by nurses are no longer coming.

This is because, according to immediate past president of the Nurses Association of Jamaica (NAJ) Janet Coore-Farr, receiving countries are now taking Jamaican nurses and their entire families, removing the need to send remittances back home.

“The countries that are taking them are taking their families as well. Canada for example takes everybody. They take the wife, the husband, the children and the grandparents. America is the same thing,” Coore-Farr told Loop News.

She noted that nurses who are leaving are no longer thinking about coming back to Jamaica since they have their entire families with them.

“So, as a country, we are having that problem now so we are really not better off than some years ago with nurses leaving the country. It is now worse.”

Coore-Farr lamented that the Government does not have a strategy to retain nurses once they have been trained. She reminded that the NAJ has over many years proposed solutions which include the Government providing affordable housing for nurses - but this has not materialized.

“This shows that there is no retention strategy from either the Government, the Ministry of Health or the Ministry of Finance so as a result of that the nurses are going,” said Coore-Farr.

The former NAJ president told Loop News that the biggest drawing card for Jamaican nurses at the moment is the United Kingdom. She explained that the UK is now taking nurses with a Bachelor of Science degree with just one year’s work experience.

“Before that, they would have to have had at least two to three years experience. Now they only require one year…and they’re taking them, they’re paying their fare to go up there, they’re paying for their exams and when they go they get a job and their housing is paid for three months before they go out on their own,” Coore-Farr noted.

Farr said the UK, like elsewhere, is looking at a nurse to patient ratio that would ensure that their nurses are not burnt out from overwork. “They have a target that they must have...the number of nurses necessary to look after their population without being over-exhausted and to making sure that they get good nursing care.”

According to Coore-Farr, a routine shift for a Registered Nurse is eight to 12 hours, depending on where she works. “Now she’s working two shifts because she can’t come off duty unless she’s relieved,” the former NAJ president said.

“And in some cases depending on where you are you’re working, 24 hours. This is the harsh reality right now. It is very stressful to be working under those conditions so naturally the nurse prefers to go somewhere where it is not as stressful. We really need to tidy up our system here."

In the meantime, Coore-Farr said the NAJ will be going back to the Ministry of Finance on Thursday as it is one of several public sector groups yet to conclude wage negotiations with the government.