NSWMA to boost fleet with 100 new garbage trucks this year 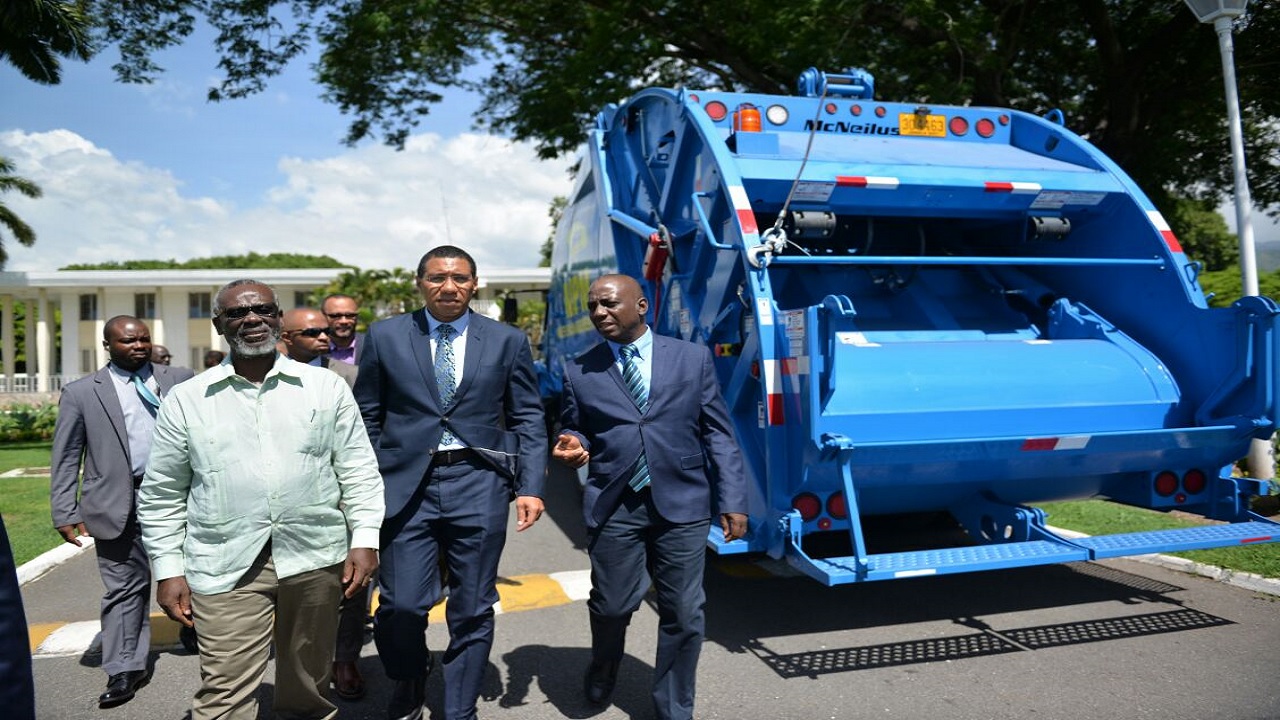 The acquisition and presentation of new garbage trucks at a point over recent years.

The National Solid Waste Management Authority (NSWMA) is to receive 100 new garbage trucks this year, according to its Chairman, Dennis Chung.

The new units are to help to boost the fleet of the entity, which has been grappling with garbage collection schedules in the Corporate Area, especially, over recent months.

According to Chung, it will be the largest number of new units the NSWMA receives in a single shipment. He said the agency got 43 new trucks over the last three years.

Chung, at the time, blamed the entity’s waste collection tardiness largely on crime, traffic challenges, rainfall and other factors.

Other areas of the island were also reportedly affected by the NSWMA’s failure to adequately collect garbage.

Meanwhile, Chung said the NSWMA has gotten environmental permits for three of its eight disposal sites across the island. He claimed this to be a first in the entity’s history.