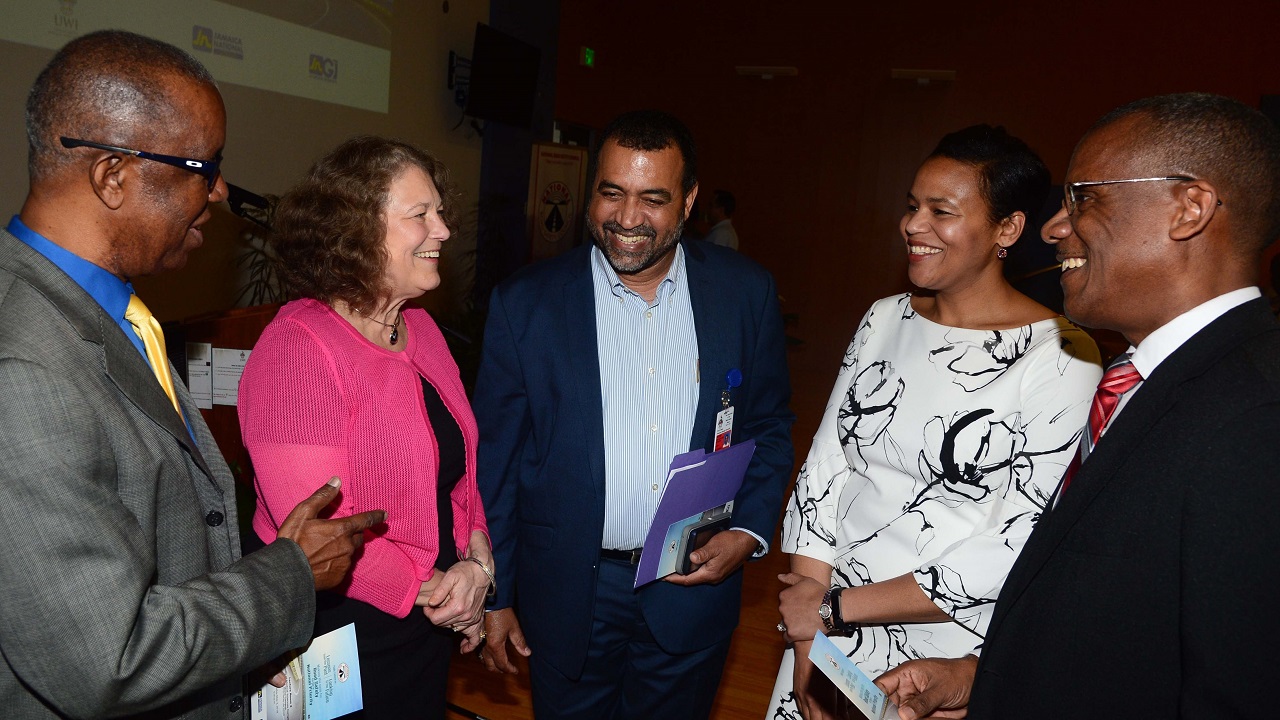 The National Road Safety Council (NRSC) has partnered with researchers from the Johns Hopkins Centre for Injury Research & Policy at the Bloomberg School of Health in Baltimore, Maryland, USA, towards a comprehensive multi-disciplinary approach to prioritising road safety on a national level in Jamaica.

In partnership with the Faculty of Medical Sciences, UWI, Mona, the Jamaica National (JN) Group, and Jamaica National General Insurance (JNGI), the NRSC staged an insightful public lecture entitled “Lessons from the Past, Looking to the Future: Making the Case for Road Safety to be a National Priority.”

Research Professors Andrea Gielen and Keshia Pollack, detailed the history of road safety in the United States and compared that country’s challenges with our own.

Although there has been a reduction in road fatalities through a combination of improvements in what the researchers termed the three E’s: engineering, enforcement, and education, the numbers of fatalities islandwide are still too high.

In recognition that no roadway deaths are acceptable, they spoke about “changing the safety culture” in Jamaica, pointing to what they called the ‘Safe Systems Approach’ which led to declines of greater than 50 per cent in crash death rates in Sweden.

The ‘Road to Zero’ campaign is a long-term goal that incorporates doubling-down on the measures that have so far proven successful, accelerating advanced technology in automobile and road design, and prioritizing safety initiatives that have been identified.

Hosted by the NRSC, the Johns Hopkins Bloomberg School of Public Health researchers were in the island this week for the lecture and to begin the process of producing a gap analysis (a comparison of actual performance with potential or desired performance) and provide recommendations for programming, policy, and/or research to reduce traffic related crashes, deaths, and injuries in Jamaica.

“We love to partner with people who want to focus on injury prevention,” said Professor Pollack. “[The NRSC is comprised of] great people with great passion and energy working on what we care so much about, that it’s going to be very useful to reduce motor vehicle crash deaths on the island.”

The study will include a further review of existing data sources and reports provided by the NRSC over a 12- month period. They will identify and summarize the types of crashes, mechanisms of injury, and populations affected; determine priority traffic issues to be addressed; review relevant policies and programmes provided by the NRSC to determine alignment with priorities identified; conduct a literature review on traffic safety evidence relevant to the priority traffic issues, policies, and programmes identified; and ultimately provide a summary report with recommendations for existing and future surveillance, policy, programmes, research and evaluation.

In acknowledging Jamaica’s challenges with corruption and indiscipline on our roads, Professor Pollack posited that, “maybe we should be thinking about positive rewards as much as negative consequences.” Professor Gielen added, “In the workplace we know that positive rewards are more likely to influence the right behaviour than the penalties, but [the rewards] have to be what people value.”

Professor Gielen was hopeful about the short and long-term goals of the research: “It would be great if we could not only increase knowledge and awareness of safe systems and strategies, but also really walk away with some actionable recommendations to give to all the stakeholders here.” She reiterated, “Zero is possible. One loss of life is too much, and we hope that people will come around to that [concept] on all levels.”

107 persons killed in motor vehicle crashes so far this year