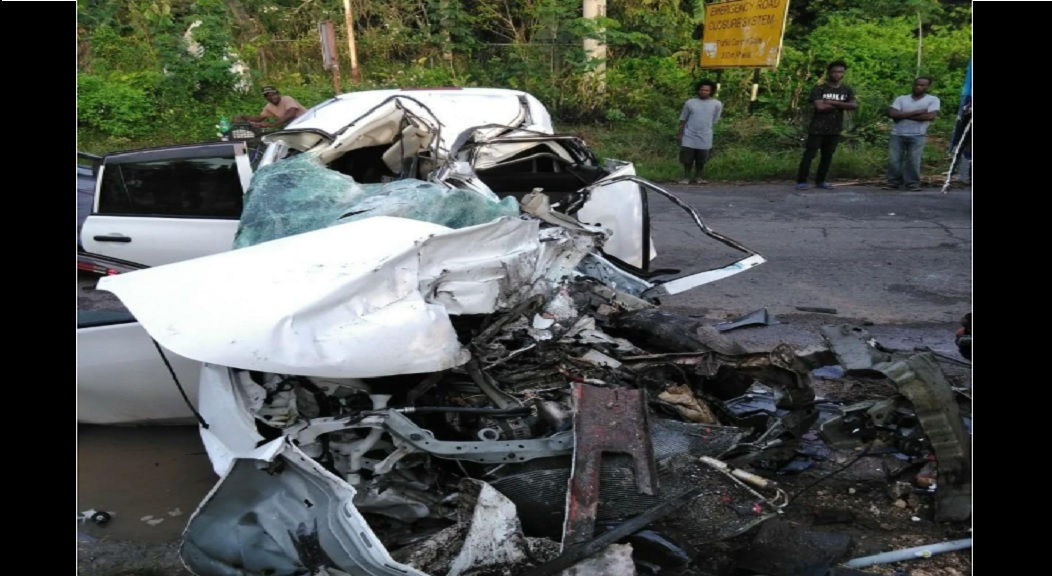 The National Road Safety Council (NRSC) is calling on voices to be lifted throughout the length and breadth of Jamaica to demand strong leadership for road safety during the 5th UN Global Road Safety week which is being recognised from May 6 to 12.

According to Dr Lucien Jones, Vice Chairman for the NRSC, Road Safety is everyone's business and as such he is calling on public and private sector organisations, civil society, educational institutions, amongst others to use this week to publicly assess their role in road safety promotion and to demand from decision leaders that systems are put in place to address them.

“To date, there have been over 150 road fatalities which have caused many families pain, suffering and grief. All hands on deck must be our national stance as we use our voices to demand strong leadership to formulate and drive strategies, fund and implement activities which establish safe road systems for all,” he shared.

Jones went further to state that the problems long identified with the Traffic Ticketing System (TTS) need to be rectified urgently.

“In its current form, it does not change behaviour as people no longer regard getting a ticket as a problem. The NRSC is, therefore, looking forward to the finalization of the work being done to fix the system so that it can be an effective deterrent to the wanton flaunting of the law on our roads.

He also indicated the need to strengthen the TTS by accelerating plans to introduce electronic enforcement of the Road Traffic Act.

“Most importantly is the need to finalize Regulations to the Act so that it can become operational as it was passed months ago,” he said.

In 2012, the number of reported road fatalities was 260 with motorcyclists accounting for 41 of the deaths. In 2018 however, of the 389 deaths, 100 were motorcyclists. “This tells a tale in itself. Motorcyclists are allowed to drive on our roads without formal training and many without their helmets. We look forward to the implementation of the NRSC recommendations to reduce motorcycle fatalities which are being undertaken by a working group which has been so charged by PM Holness, Chairman of the NRSC." said Jones.

Minister of Health Dr Chris Tufton who is also a member of the NRSC, agrees that more needs to be done in addressing road safety issues and welcomes Global Road Safety Week as a platform to publicly share the immediate implications on the public health system.

“One study conducted by trauma specialist Professor Archibald Mcdonald showed that one bike collision could cost the public health sector up to $17 million dollars after they’ve tabulated all the expenses related to hospitalization, intensive care unit stay and multiple surgeries.”

This, according to Minister of Health is a national crisis which needs the necessary synergies, advocacy and action required to get more attention brought to the situation.

“The flu and dengue combined have not killed as many people as car crashes, yet it makes headlines every day. We are in an absolute crisis in terms of lives lost on the roads and much more needs to be done to address it” Tufton said.

As part of the planned activities of the Global Road Safety Week, the NRSC will be encouraging the public to adhere to the theme and” Save Lives by Speaking Up”.

They will be visiting tertiary schools across the island encouraging students to assess their journey and share their demands on their social media platforms.

Additionally, the NRSC has signed ambassadors which will be announced during the week, who will use their platforms to encourage the public at large to practice safer road habits.

Road deaths trending down as NRSC moves towards ‘safer systems’