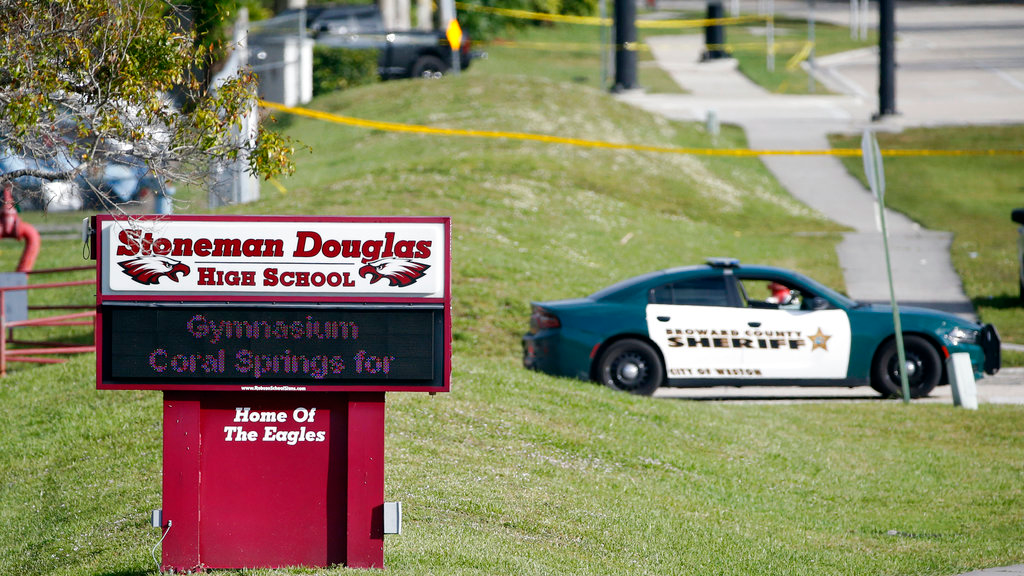 The National Rifle Association, and now the State of Florida, faced a growing backlash Saturday as companies cut ties to the gun industry following the latest school massacre, and student survivors called for tourism boycotts of their home state until gun control measures are enacted.

The latest companies to end their ties with the NRA were Delta and United Airlines, two of the three largest U.S.-based airlines.

Corporate ties to the NRA aren't the only elements undergoing scrutiny after a shooting at Marjory Stoneman Douglas High School in Parkland, Florida, that left 17 dead on Valentine's Day. 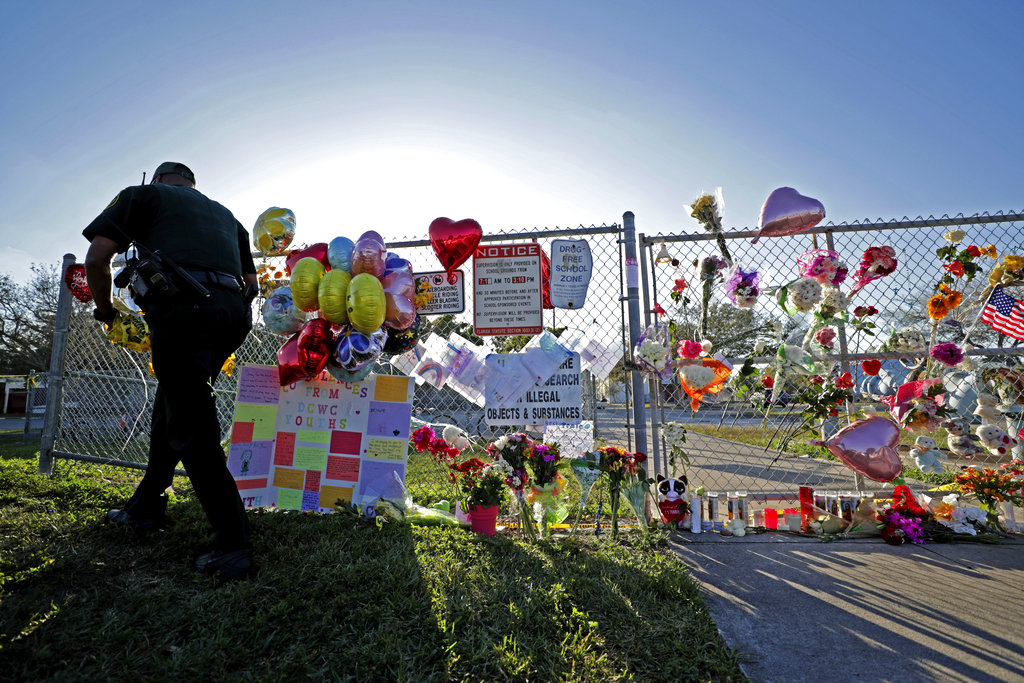 On Thursday, Scot Peterson, the school's resource officer, resigned under fire from the sheriff's office for failing to enter the building where police say former 19-year-old student Nikolas Cruz was gunning down students with an AR-15 assault-style rifle.

On Saturday, both Delta and United said Saturday they will no longer offer discounted fares to NRA members to attend their annual meetings, and both have asked the gun rights group to remove any references to their companies from the NRA website.

A growing number of large companies have announced they are cutting or reducing ties with the association. Rental car company Hertz will no longer offer a discount program to NRA members and First National Bank of Omaha, one of the nation's largest privately held banks, said it will not renew a co-branded Visa credit card it has with the NRA.

Most of these companies do promotional tie-ins with groups to spur customer loyalty to NRA members, and do not receive money directly from the NRA. 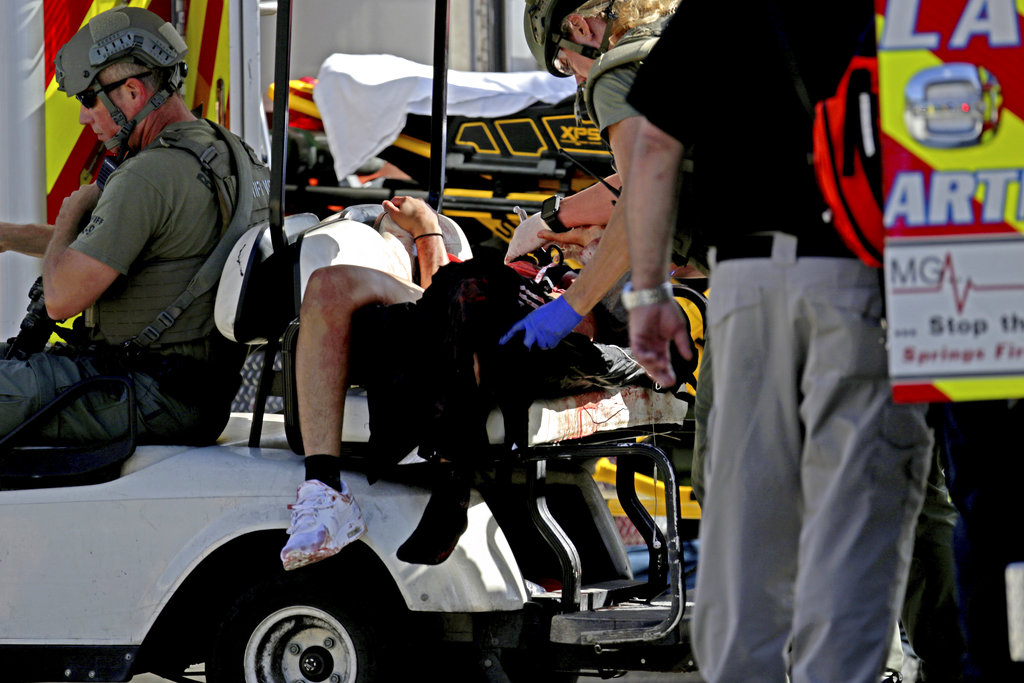 The moves have come as petitions circulated online targeting companies offering discounts to NRA members on its website. #BoycottNRA was trending on Twitter.

In an email Saturday, the NRA called the companies' actions "a shameful display of political and civic cowardice" and said the loss of corporate discounts and other perks "will neither scare nor distract" NRA members.

"In time, these brands will be replaced by others who recognize that patriotism and determined commitment to Constitutional freedoms are characteristics of a marketplace they very much want to serve," the NRA statement said.

The State of Florida also was facing some backlash. One of the survivors of the Florida school shooting suggested Saturday on Twitter that tourists stay away from the state. He got an immediate response.

"Let's make a deal," tweeted David Hogg, a Stoneman Douglas student who has been a major player in the #neveragain movement. "DO NOT come to Florida for spring break unless gun legislation is passed."

Wendy Glaab, 60, of Fonthill, Ontario, Canada, was among the first to respond. "I like many Canadians travel to Florida from time to time to escape our winter. I can't speak for others but I will not be returning until meaningful gun control legislation is in place."

Glaab told The Associated Press on Saturday that her sister owns property in Fort Lauderdale and she is able to visit any time she chooses. 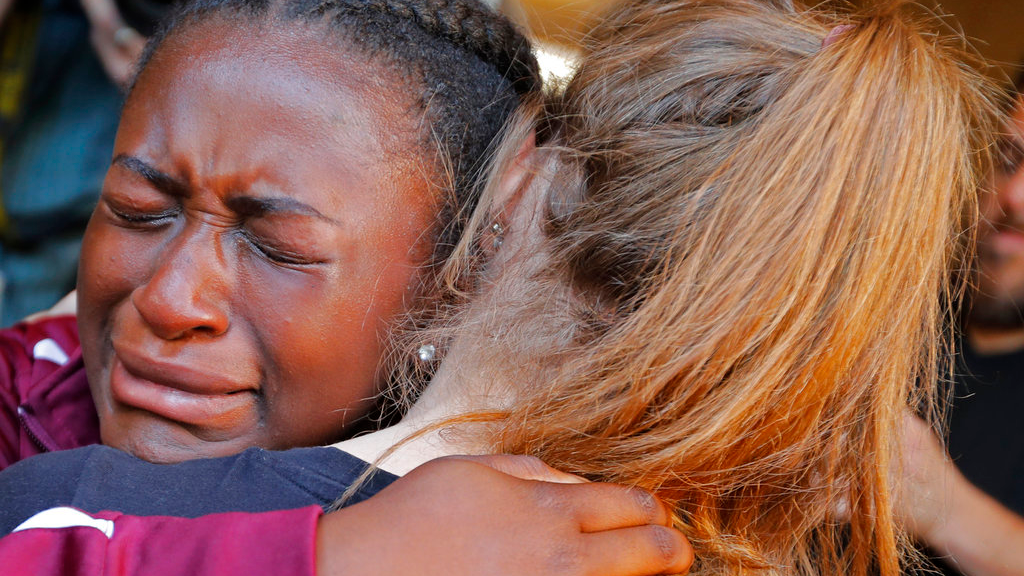 (Photo: Students shed tears over the deaths of their classmates after 19-year-old student Nikolas Cruz killed 17 people with an AR-15 assault-style rifle on February 14, 2018.)

Members of the NRA have access to special offers from partner companies on its website, ranging from life insurance to wine clubs. But the insurance company MetLife Inc. discontinued its discount program with the NRA on Friday. Symantec Corp., the software company that makes Norton Antivirus technology, did the same. Insurer Chubb Ltd. said it is ending participation in the NRA's gun-owner insurance program, but it provided notice three months ago. The program that provided coverage for people involved in gun-related incidents or accidents had been under scrutiny by regulators over marketing issues.

Car rental company Enterprise Holdings, which also owns Alamo and National, said it was cutting off discounts for NRA member, as did Hertz.

Other companies, including Wyndham Hotels and Best Western hotels, have let social media users know they are no longer affiliated with the NRA, though they did not make clear when the partnerships ended.

The swiftness of the corporate reaction against the NRA has differed from that of past shootings, including the 2012 Sandy Hook Elementary School massacre that claimed 26 lives, and the killing of 58 people in Las Vegas last fall, said Bob Spitzer, a political scientist at SUNY Cortland and a scholar on gun politics.

Spitzer said the reaction was likely a reaction to the student mobilization that followed the Florida shooting, but he said it was too soon tell how significantly it will sway the country's wider gun debate.

President Donald Trump has aligned himself with the NRA, suggesting some teachers could be armed so that they could fire on any attacker. However, Trump has also called for raising the minimum age for purchasing semi-automatic rifles, a move the NRA opposes.

Watch: Students march as mourning for US shooting victims continues