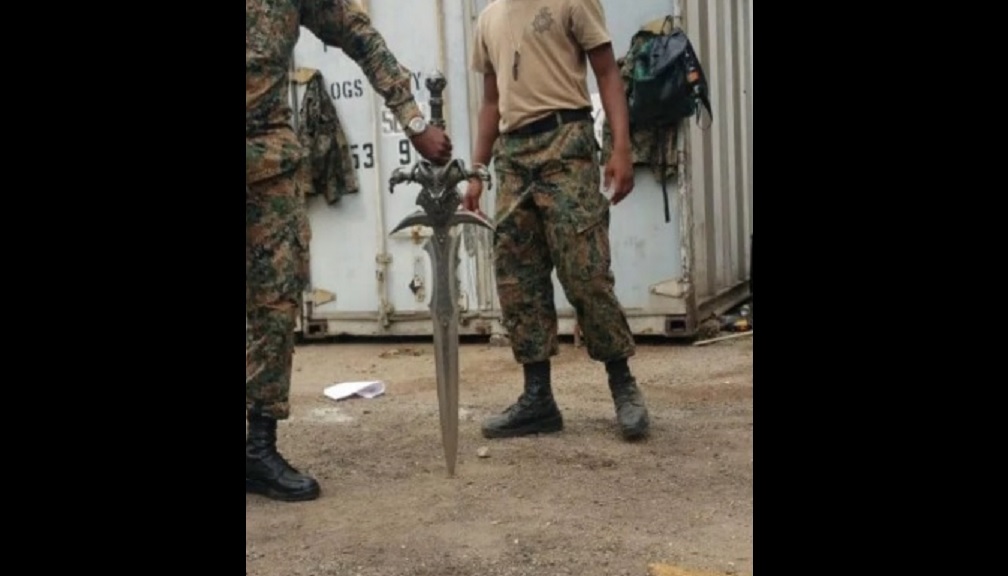 A source from the Jamaica Defence Force (JDF) has dismissed reports that a sword of mystical significance was unearthed during a road work exercise that is taking place at the front of the headquarters of the army on Camp Road in St Andrew.

The Internet has been abuzz with the subject matter since Wednesday, with social media users making all sorts of claims that the intriguing sword had been found during the road works.

The JDF source, however, poured cold water on the claims, stating that the item was being kept in official storage at the JDF headquarters.

Reports are that the item may have been seized by customs officers at a port of entry.

“The JDF is sometimes asked by Customs to store detained or confiscated items. The item (in question) was unearthed in one of our storerooms that was being cleaned out for inspection,” said the army source.

The project, which is valued at US$2.2 million (J$275 million), commenced approximately two weeks ago, and is slated to be completed over a six-month period.

NWA Senior Communications Officer, Ramona Lawson, in a media interview, said the project is focused primarily on intersection improvement, and will entail relocation of the JDF’s main entrance to Cannon Ball Gate, which is opposite Arnold Road.