Not a good idea for Man City to think about EPL title, says Guardiola 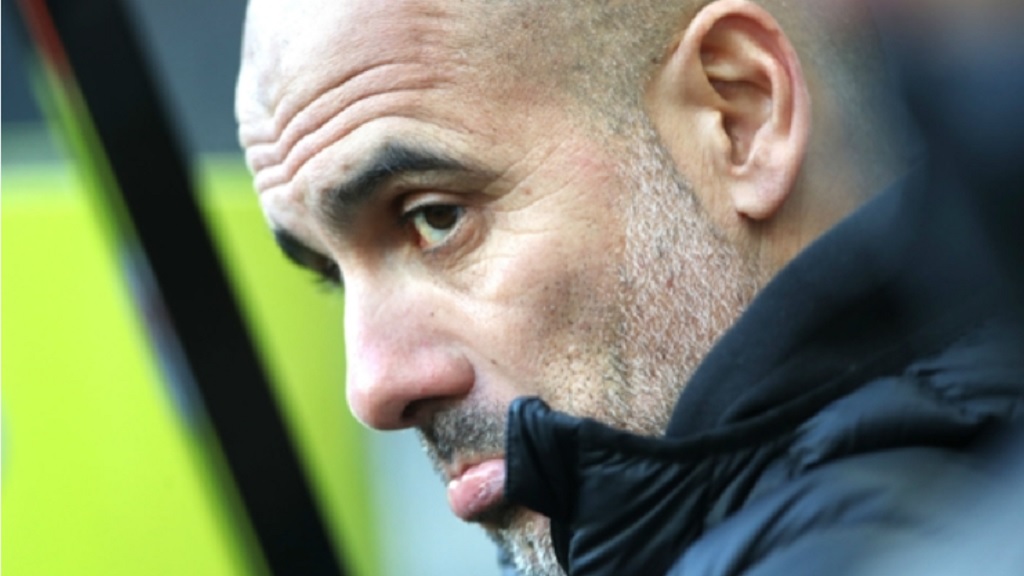 City led twice at St James' Park through Raheem Sterling's 15th goal of the season for club and country and a blistering Kevin De Bruyne strike.

But after Jetro Willems, a goalscorer at Anfield earlier this season, had his latest say in the title race, Jonjo Shelvey matched the quality of De Bruyne's intervention with a stunning leveller two minutes from time.

Guardiola saw his side embark on a 14-match winning run after a 2-1 defeat at Newcastle in January that appeared terminal to their hopes of retaining the title.

After falling 11 points behind Jurgen Klopp's men - 2-1 winners over Brighton and Hove Albion despite having Alisson sent off - the City boss does not believe contemplating similar heroics should be at the forefront of his players' minds as they turn towards a week featuring games against Burnley and Manchester United.

"It's not the time. We have another opponent in front of us," he said when asked about City's fading prospects of a third title in a row at the post-match news conference.

"We now have to try and win games, win games and see what happens.

"It's not a good idea to think about the Premier League and how many points. We have to win games. If we do not win, it will be more difficult.

"Last season [against Newcastle] we played bad. Today I think we did everything to win the game and that is the truth.

"We played on a good level, defending, set pieces and everything. We moved the ball well, we found the spaces outside and we arrived in front of the goal many, many times.

"Unfortunately, we could not score [enough to win]."

Having two leads cancelled out swiftly represented a new frailty for a City side that has looked increasingly vulnerable over recent weeks, but Guardiola was keen to credit Newcastle.

"It's better to score one, take time and score the second one. But they play," he said.

"In one situation, they defend deep and make a good action; in the second one, Shelvey puts it in the corner."

Asked whether former Liverpool midfielder Shelvey had done his part in securing a first league title for 30 years on Merseyside, Newcastle manager Steve Bruce replied: "I don't know about that!

"I do know it's his second goal in [four] games and, very quietly over the last few weeks, I've been very, very pleased with Jonjo.

"He's responded to what we want to do, and we all know he's got that ability in his locker."