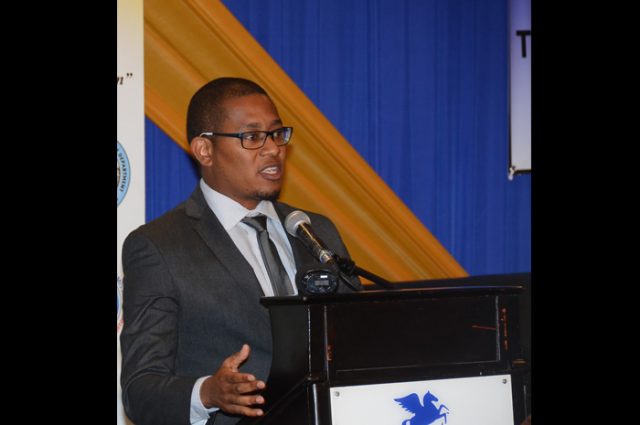 Nominations for the 2018 Prime Minister’s National Youth Award for Excellence will open on Thursday, September 6 and close on October 5.

State Minister for Youth, Floyd Green, who announced the opening of the application process at a press conference on Monday, said a new category in the recognition scheme, the Nation Builders award, will reward youth who have dedicated their services to the development of communities.

“Young people are shining right across Jamaica, so nominate our youth. Let us get the applications, so we can vet and see who are qualified,” Green said.

“We want to reward young people who have formed community groups, given back to the communities in different ways, and lobbied for community centres and sport facilities,” Green added.

The State Minister pointed out that the Corporate Leadership award which is also new, is in keeping with the Government’s drive to create role models “among young people in business, and reward those young people in corporate life who have shown strong leadership”.

The Prime Minister’s National Youth Awards for Excellence was introduced in 1998 to recognise young Jamaicans who have excelled and contributed to national development.

Since its inception, 224 awards have been conferred on individuals in the fields of Academics, Sport, Arts and Culture, Environmental Protection, and Journalism.

It is open to all Jamaican nationals between 15 and 29 years old who are living in Jamaica and the diaspora, who have attained excellence and world-class achievement.

“We can hold them up as role models for other youth to excel and embrace their positive qualities,” Mr. Green said.

Green also urged young people to not shy away from allowing their work to be recognised.

Other categories to be included in this year’s awards are sports, journalism, leadership, innovation in science and technology and academics.

Persons are encouraged to visit www.moe.gov.jm, or youthjamaica.com for application forms.

60 youth graduate from Food for the Poor Summer Band Camp