Nomination Day set to increase the political pulse ahead of Election 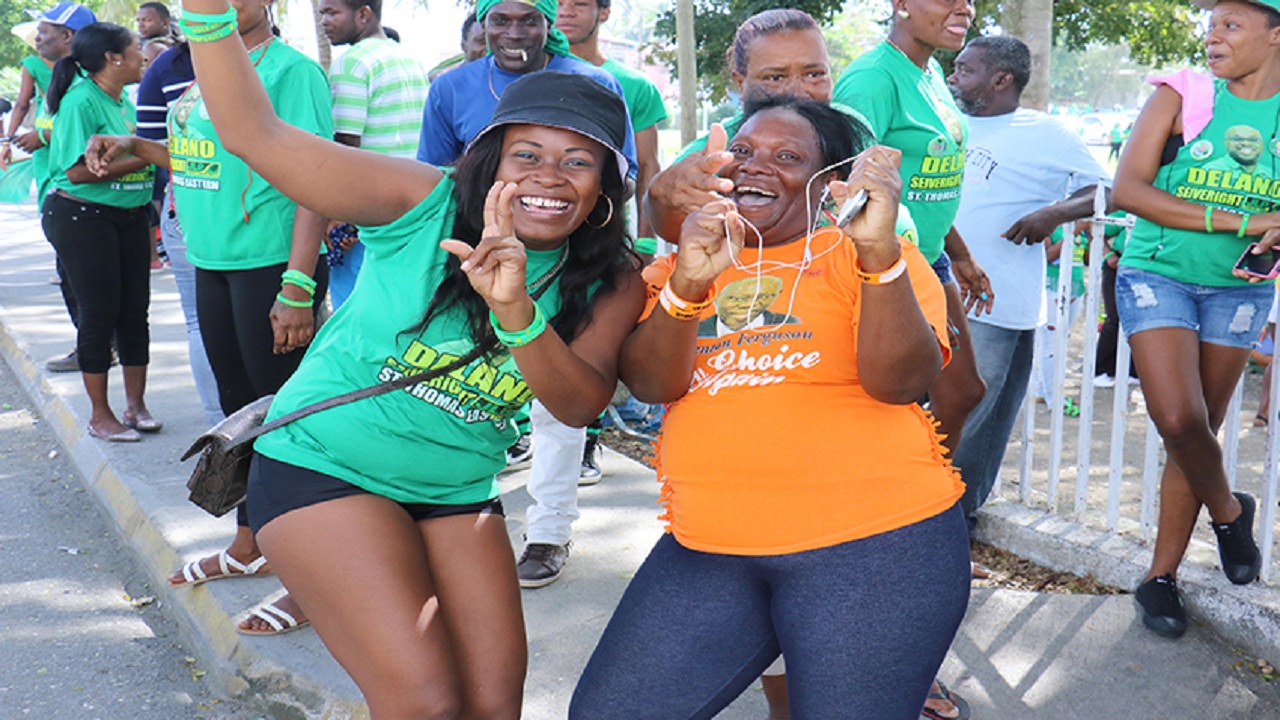 File photo of JLP and PNP supporters on Nomination Day ahead of the General Election in February 2016.

Nominations are scheduled Monday for candidates to vie for the October 30 by-elections in three constituencies that are presently without parliamentary representatives.

While the Opposition People’s National Party (PNP) is expected to make short work of the challenges from the governing Jamaica Labour Party (JLP) in both St Andrew seats, despite an assertion from the JLP that it has found a chink in the PNP’s armour and intends to seriously target the South West St Andrew seat, it is expected to be a competitive affair in St Mary.

Dr Dunn lost to the late Member of Parliament (MP), Dr Winston Green, by only five votes at the end of a magisterial recount following the 2016 General Elections, and has remained the party’s standard bearer in the constituency.

However, Dr Alexis, a former president of the Medical Association of Jamaica (MAJ), while representing a youthful and fresh face to both national politics and the constituency in particular, is essentially brand new to both, which will likely required some serious adjustments and catching up.

Even before the October 1 announcement of the by-elections by Prime Minister Andrew Holness, the political temperature has been high in South East St Mary, where the implications of the vote are of critical significance to the brittle, single-seat majority the JLP holds in Parliament.

All three seats for the by-elections were held by the PNP up to recently, when the St Andrew constituencies became vacant after the retirement of former Prime Minister, Portia Simpson Miller, and former Cabinet minister, Dr Omar Davies, along with the sudden passing of Dr Winston Green, who represented South East St Mary.

If the JLP wins the St Mary seat, its margin in Parliament would be increased to 33-30 over the PNP, while if the PNP retains all three seats, the JLP would remain with its razor-thin margin in the House.

Both senators Mark Golding and Angela Brown-Burke are expected secure the St Andrew South and South West seats for the PNP, in spite of internal issues for Brown-Burke in the south west constituency, plus a JLP theory that the Opposition party has some vulnerability in the seat.