No school, no trains, no Eiffel Tower: France on strike 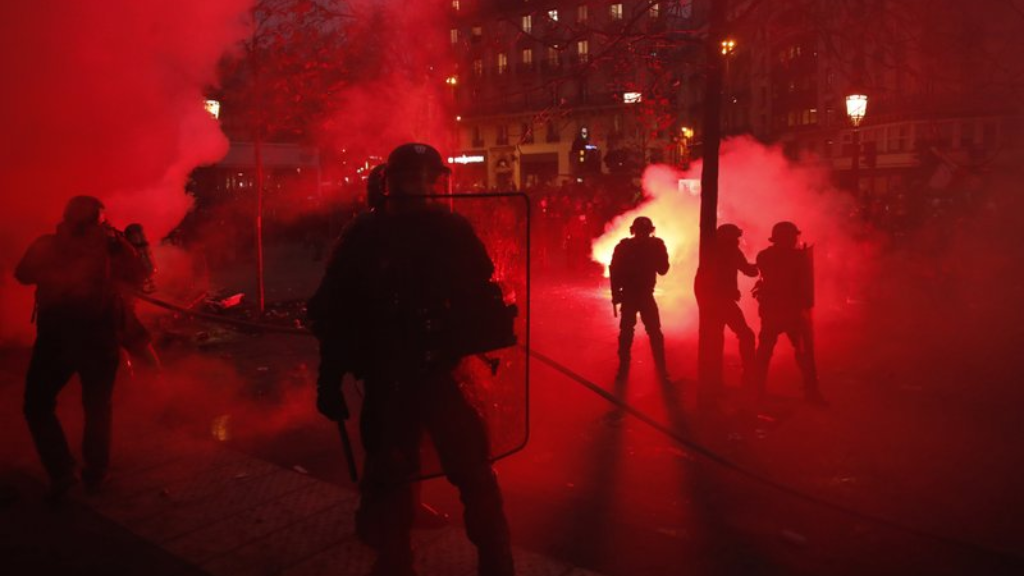 Teachers, doctors, lawyers and workers at the Eiffel Tower — people from across the French workforce walked off the job Tuesday to resist a higher retirement age, and to preserve a welfare system they fear their business-friendly president wants to dismantle.

Commuters and tourists faced a 13th straight day of traffic headaches as train drivers kept up their strike against President Emmanuel Macron's overhaul of a pension system that allows them to retire as early as their 50s. Parents faced shuttered schools and students had key exams cancelled as teachers joined in.

Hospitals requisitioned workers to ensure key services Tuesday, as nurses, doctors and pharmacists went on strike to save a once-vaunted public hospital system that's struggling after years of cost cuts.

Police barricaded Macron's Elysee Palace hours ahead of a new protest through the capital Tuesday afternoon, bracing for potential violence by yellow vest activists or other radical demonstrators angry over economic injustice.

Pressure is mounting on Macron after the key architect of his pension overhaul resigned Monday over alleged conflicts of interest.

So far, his government is sticking to plans to raise the retirement age to 64, though it made concessions last week by delaying the rollout of the reform, and opened the door for new negotiations. Government spokeswoman Sibeth Ndiaye said on BFM television: "The reform remains … we will not withdraw it."

Several European countries have raised the retirement age or cut pensions in recent years to keep up with lengthening life expectancy and slowing economic growth. Macron argues that France needs to do the same.

Unions fear people will have to work longer for lower pensions, and polls suggest at least of half of French people still support the strike.

Frustration is building, however. Only two of the 16 lines on the Paris subway ran normally Tuesday and only a quarter of the high-speed trains that crisscross the country. International lines were also affected.

Unions at the SNCF rail authority want to keep the strike going through the Christmas holidays, and the government is scrambling for solutions.