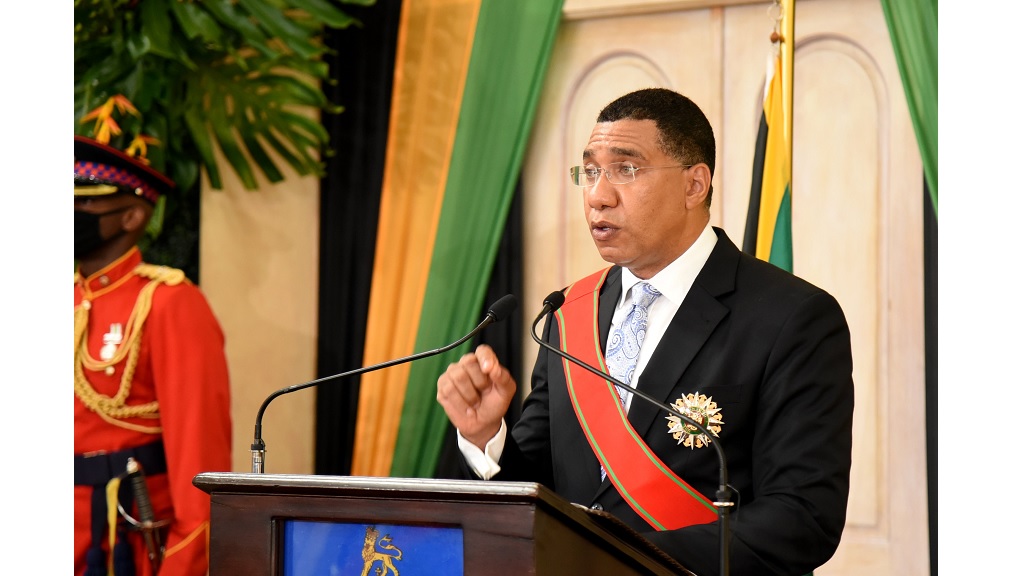 Prime Minister Andrew Holness highlights a matter of importance while addressing attendees at his swearing-in ceremony at King's house on Monday. (Photo: JIS)

Stating that “no princes or princesses" were elected during last Thursday’s general election, Prime Minister Andrew Holness has pledged to be tough on corruption and remove with dispatch any member of his administration who may get caught up in corrupt activities.

Holness gave the warning Monday as he took the oath of office of prime minister of Jamaica for a third time during a brief ceremony at King’s House. His swearing-in came less than a week after he led his party to a decisive 48-15 defeat of the People’s National Party in the September 3 general election.

Noting that Jamaica will recover stronger and better from the COVID-19 pandemic, Holness said, “With such a large and convincing mandate, the greatest challenge will be to manage the internal demands and behaviour of those who form the majority.”

“There will be those who believe that the majority is a basis for arrogance, gives licence to do as they wish, creates opportunities to create their selfish ends and their personal ambitions, gives room for complacency and tolerance for errors. Those who hold such views would be sadly mistaken and soon separated.” 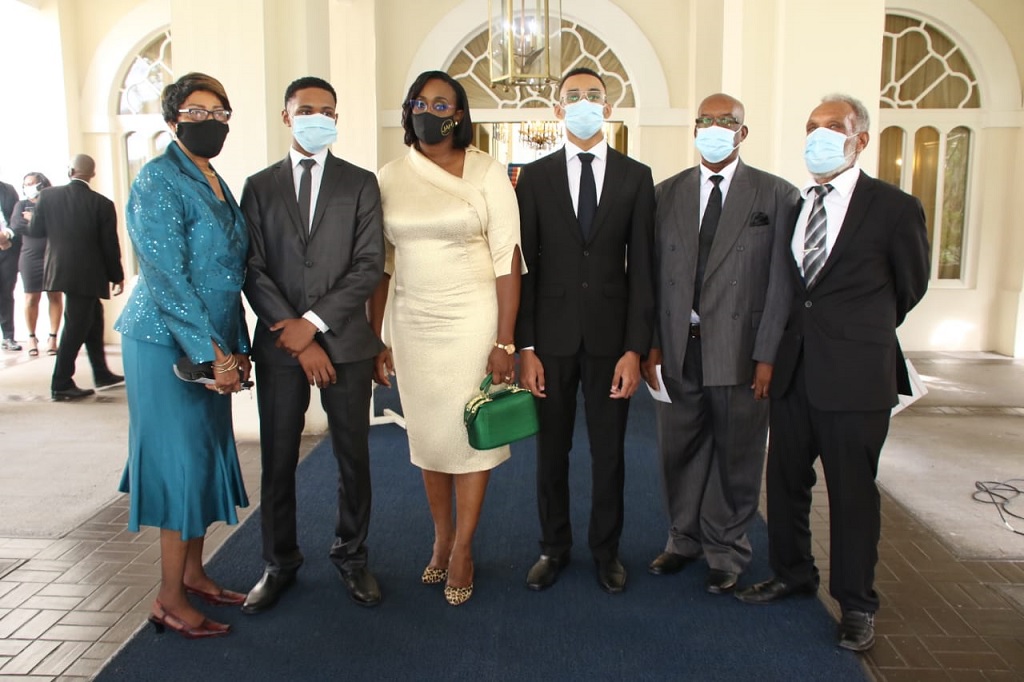 Members of the Holness family out in full support of the prime minister.

He continued: “No one has been shown any special favours, given any protection, or influence brought to bear on any anti-corruption agency or investigation.”

The prime minister said steps will be taken to further strengthen the anti-corruption agencies but added that “in addition to investigation and prosecution we must also seek to prevent the occurrence of acts which weaken public trust and damage the integrity of the government”.

Holness said each of the elected members of his party, as well as selected ministers will participate in the sensitisation and public education programmes to be established by the Integrity Commission. He said this was to increase their awareness and understanding of the anti-corruption legislative framework — “not just sensitise them but to ensure that they are seized of their duties under the law and understand that this will be an accountable government”. 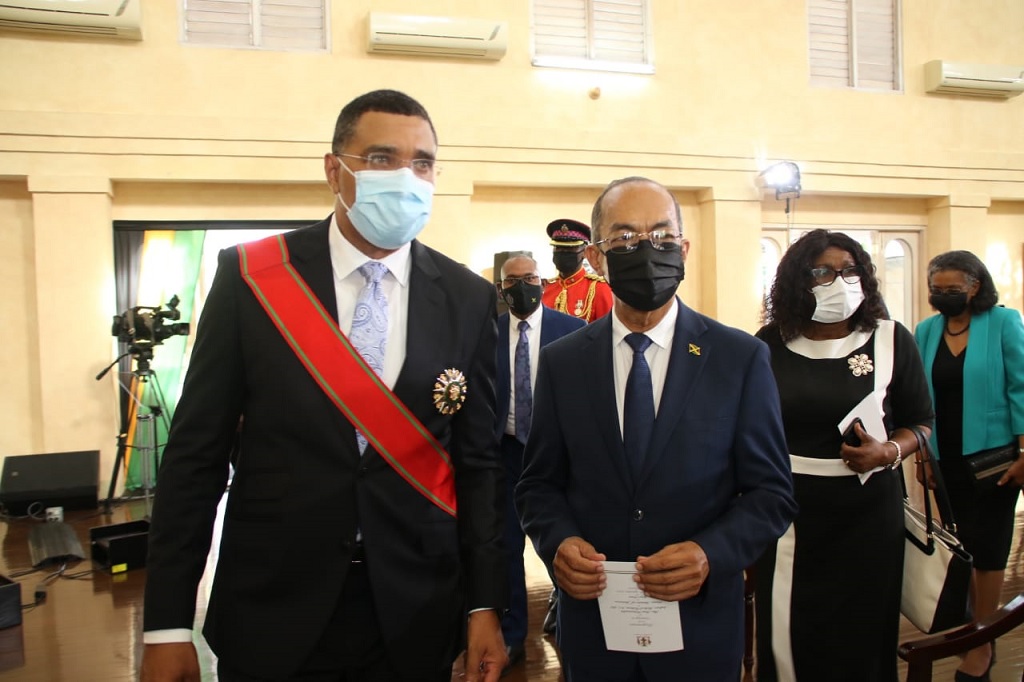 Holness with Dr Horace Chang after the ceremony.

The prime minister said: “Once we have built the confidence of the public that their resources will not be diverted, that the authority vested in us is not being used to create unfair advantage for others and there’s a sense that the elected officials and public servants act with a high level of integrity; once that is the case this will unleash a spirit of public support for the government and the state that will make any development plan a success.”

He said the government was aware that a large number of Jamaicans are not satisfied with the integrity, dignity and efficiency of their state and government.

“We therefore see strong correlation between the success of the economic and social programmes and the trust of the public. We commit to make this government the highest in integrity, dignity and efficiency,” Holness said.

Meanwhile, the prime minister also expressed concern about the record low voter turnout for the election, which stood at just 37 per cent. While acknowledging that the COVID-19 pandemic would have kept some persons away from the polling booths, Holness noted that the low turnout was a trend over the last three elections. Just 47.7 per cent of eligible voters cast a ballot in 2016 while 53.17 per cent did so in 2011.

Stating that he has already returned to work, Holness said there will be no honeymoon period for the government.

Holness says he has addressed issues of corruption; Phillips disagrees