‘No, no, no, nothing like that,' says Portia of being ‘pushed out’ of the PNP 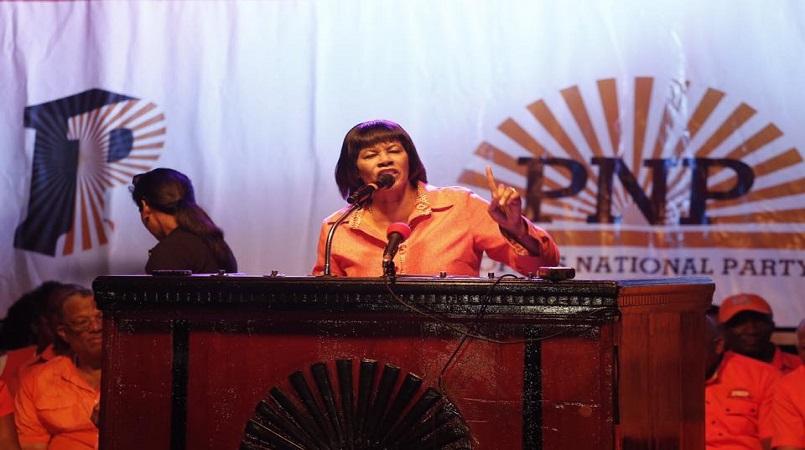 Speaking outside Parliament, Simpson Miller brushed aside reports that she was bitter about being supposedly rushed out of the leadership of the party after two consecutive national electoral defeats.

Simpson Miller is to resign as Opposition Leader and PNP President on April 2.

On Sunday she reportedly told the NEC meeting in Manchester that there were members of the party who long wanted to see her vacate the top position.

She reportedly claimed that moves were systematically made to hasten her exit, including an unauthorised announcement at an event that she intended to leave the post soon.

It was claimed that the announcement came without any discussion with her on the subject matter.

But on Thursday outside Gordon House, she swept aside all the reports of her disappointment at the NEC meeting, with a simple response of, “no, no, no, nothing like that”.