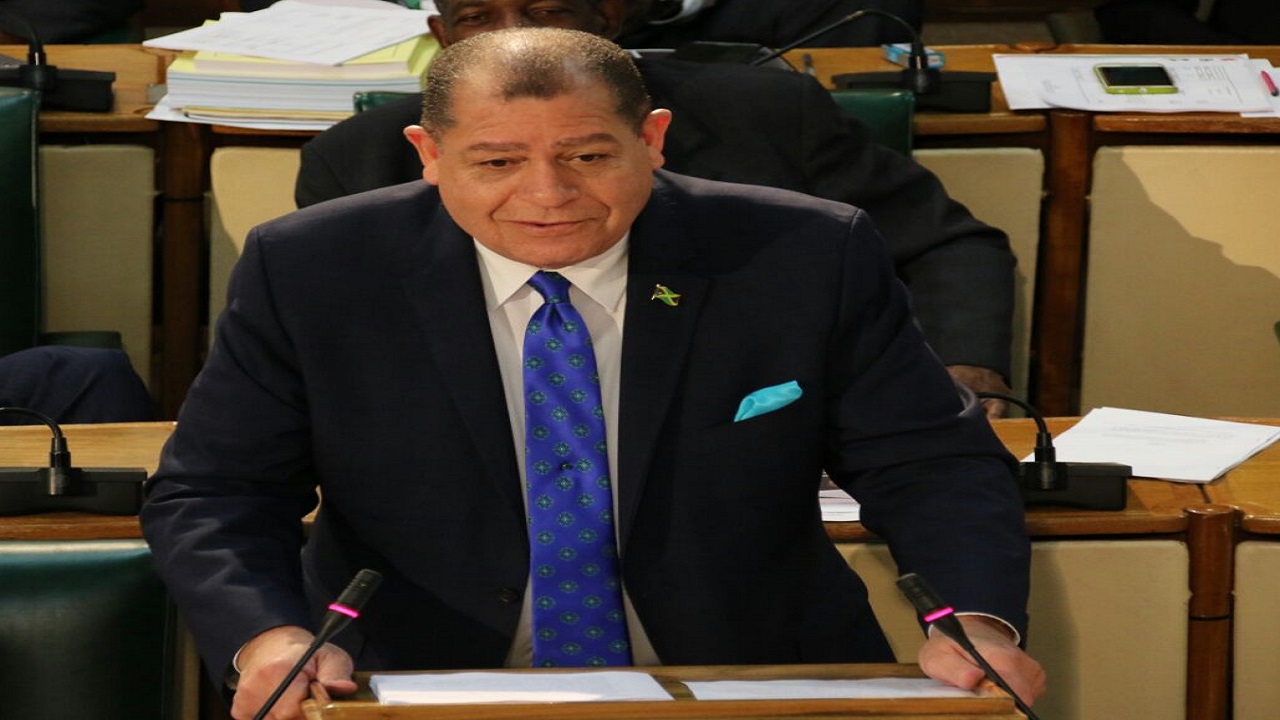 For the first time in 14 years, Jamaicans will not be called upon to foot the bill for any new taxes to help fund the budget.

That announcement was met with extended desk-thumping and applause Thursday as Finance Minister Audley Shaw opened the 2018/2019 Budget Debate in the House of Representatives.

He took a swipe at his critics whom he said had insisted that the Government’s election promise to raise the income tax threshold to $1.5 million would have eroded revenues and lead to more taxes. However, Shaw basked in the moment Thursday during his budget presentation, pointing to a budget surplus and tax revenue running at least $5 billion ahead of target.

“Combined with our continued fiscal discipline we have also been able to contain expenditure. As a result …I am pleased to announce to this honourable House that there will be no revenue measures for fiscal year 2018/19,” Shaw stated. This was followed by the prolonged applause and desk-thumping interspersed with the chant of “no new taxes, no new taxes,” by Government MPs, led by Shaw.

“For the first time in 14 years there is some relief for the Jamaican people. We completed the 1.5 (million dollar tax break) and we have not had to introduce new taxes this year,” he stressed.

Earlier, Shaw had indicated that to fund the nearly $774 billion budget, the Central Government would seek to borrow $103 billion during the fiscal year. The bulk of the loans will be sourced in the domestic market.

“Of the budgeted local loan receipts, $78 billion is programmed to be raised domestically and $25 billion is to be raised externally,” the Finance and Public Service Minister told the House.

He explained that this borrowing requirement represents a 48.4 per cent reduction in total loan receipts when compared to fiscal year 2017/2018, again to much desk thumping.  “The lower borrowing requirement reflects the significantly lower amortization cost for this year and the planned utilization of existing cash resources.”

At the same time, non-tax revenue is projected at $60.9 billion, representing three per cent of GDP or a 14 per cent increase over the revised estimates for fiscal year 2017/2018 which was 2.8 per cent of GDP.

Non tax revenue projections include receipts of $5.4 billion from the Customs Administration fees; transfers of $12.7 billion from the CHASE Fund, the Tourism Enhancement Fund and the Jamaica Civil Aviation Authority as well as a special distribution of US$101 million from the PetroCaribe Development Fund.

Shaw told the House that capital revenue is programmed at $2.1 billion representing a 45.1 per cent decline relative to the projected inflows from last year. However, the Minister explained that the higher capital revenues last year was associated with a one-time loan repayment by the Airports Authority of Jamaica.

Grants are projected at $9.1 billion, an increase of 101 per cent over the previous year. The bulk of the grants - $3.6 billion is from the European Union. Some $1.4 billion of the amount is budgeted to support the Justice Sector Reform Programme while $2.3 billion represents the second tranche budget support receipts under the Accompanying Measures for Sugar Protocol Countries 2013 financing agreement. Shaw expressed thanks to global partners for providing grants. They include the World Bank, USAID, the Global Fund, the Inter-American Development Bank and the Caribbean Development Bank.