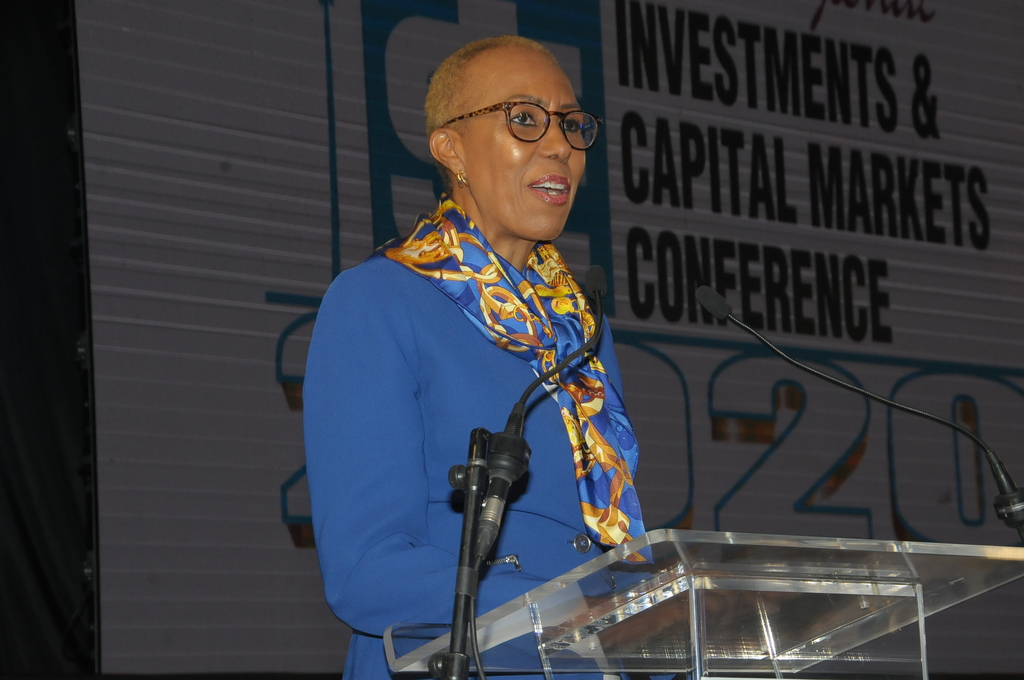 Technology Minister Fayval Williams says the government is accelerating plans to digitize various government processes that will eliminate long-wait hours, which are proving to be a “royal waste of time”.

Addressing the 15th Jamaica Stock Exchange (JSE) Regional Conference on Investments and Capital Markets on Tuesday, Williams outlined an eight-pillar approach that the government is undertaking to make Jamaica a fully digital society.

“In my assessment, there are eight supporting pillars that we need to implement very quickly to get to a digital Jamaica. Some are physical deployment of ICT and some are legislative in nature,” Williams said.

Citing recent statistics compiled in an Inter-American Development Bank study entitled, “Wait No More: Citizens, Red Tape, and Digital Government: Caribbean Edition,” Williams said it was found that only 11 per cent of transactions which involve citizens engaging with the government are completed in one visit. Forty-five per cent require three or more visits to a government office.

“I’m sure that you will agree with me that this is a royal waste of our collective time,” she said to rousing applause from the audience.

“This is where citizens’ blood pressure boils and they get angry and upset because they could be doing more productive and valuable activities other than waiting in line.”

Williams also shared findings of research by her ministry to uncover what she described as the “100-pound weight holding back digital Jamaica”.

She revealed that of the 361 government services offered, only 68 or 19 per cent can be initiated online, and not all can be completed via that same method.

“Across government when we checked, there are only 30 services that can be started and completed online, these include tracking passport application; applying for an adult passport; paying taxes; water bill payment; registering a local company, paying and applying for NHT refund,” Williams said. 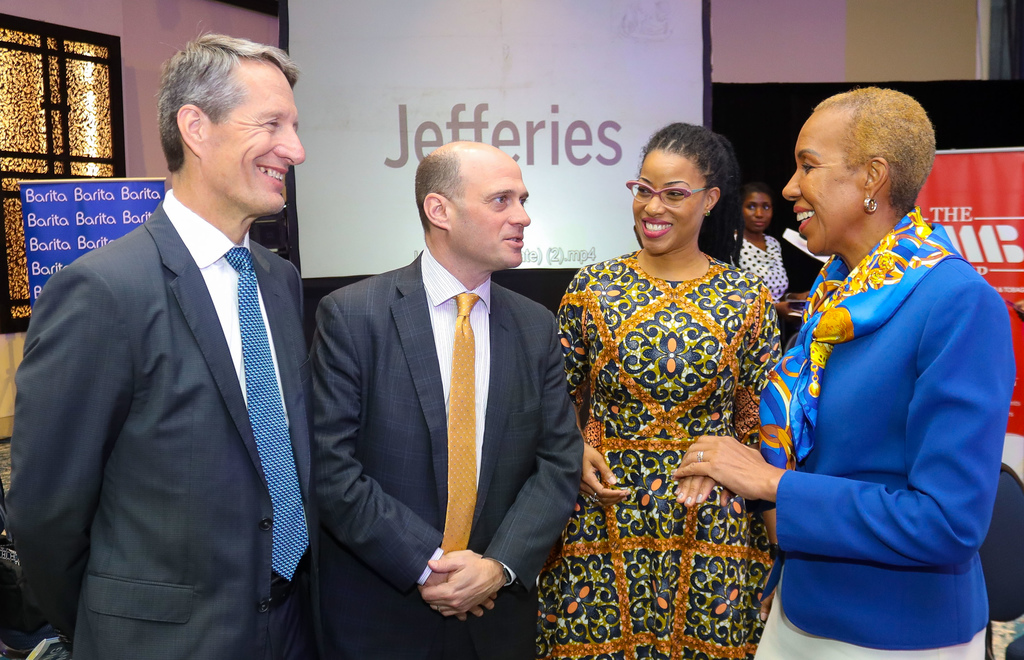 The eight areas that the government has targeted to accelerate the push towards a digital economy include, the creation of an ICT authority; government-wide broadband infrastructure; public key infrastructure (PKI); a national identification system; applications run on data; Electronic Transactions Act and the digitization of approximately 32 million records.

Williams described the PKI as the platform upon which the authentication of an ID will take place.

“Once the legal framework is in place Jamaica will leverage the PKI daily to facilitate the distribution of certificates for e-passport issuance and the issuance of certificate for Jamaica’s digital identification card,” Williams said.

The PKI is expected to be completed within seven to eight months.

With regards to the National ID card, Williams said the government is aiming to implement a system where the card can be authenticated in both the physical and digital world.

“When implemented there is a strong probability that citizens won’t have a need to visit a government office,” the minister said.

She said the enabling legislation to promote security, integrity and authentication of users in the digital world is expected to be passed in the Parliament.

“Pursuing a single identification system is not unique to Jamaica,” Williams underscored.