No goal for Wayne Rooney in 120th, final England appearance 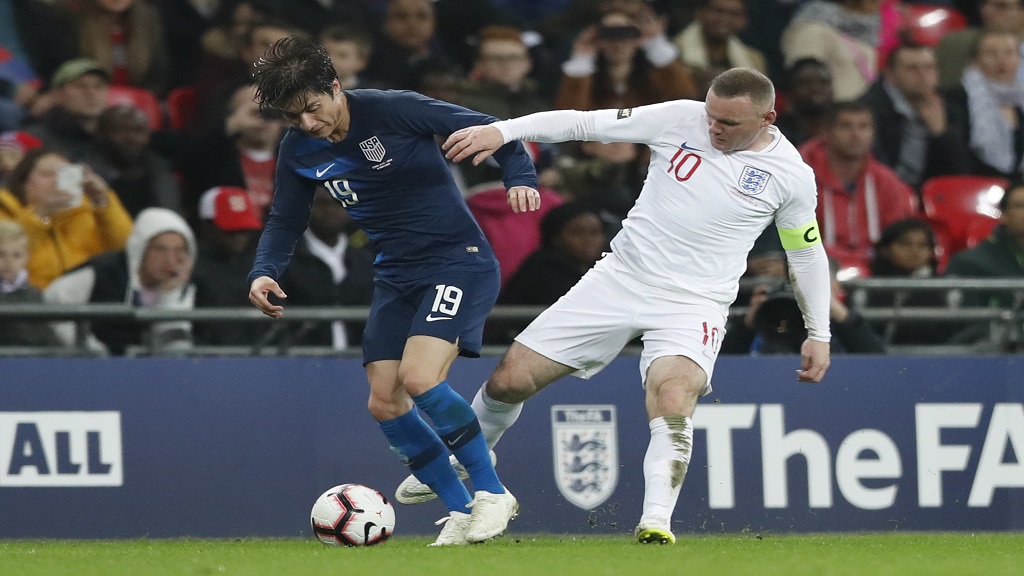 Wayne Rooney couldn't raise his England scoring record in a 120th and final appearance for the Three Lions as a new generation of players provided the goals in an easy, 3-0 victory over the United States on Thursday.

The 33-year-old Rooney was denied a perfect farewell in stoppage time by U.S. goalkeeper Brad Guzan, who dived to stop a low shot to the frustration of the striker and the Wembley crowd that shouted "Shoot!" every time Rooney touched the ball.

Rooney's international career ended with 53 goals, 15 years after his debut.

Recalled after two years off the team for a ceremonial farewell, the D.C. United player provided the biggest cheers of the night when he entered in the 58th minute against the country he now calls home.

As England's record-scorer bid farewell, striker Callum Wilson and defender Trent Alexander-Arnold scored their first international goals and Jesse Lingard netted for the first time at Wembley for his country.

The stakes will be more meaningful in the next game at Wembley on Sunday.

After leaving the field, England learned that Croatia beat Spain 3-2 in the UEFA Nations League ahead of their trip to London.

England or Croatia has a chance to advance to the Final Four tournament if either can win the match on Sunday. A draw would see Spain advance from league A4 to the finals of Europe's new national-team competition.