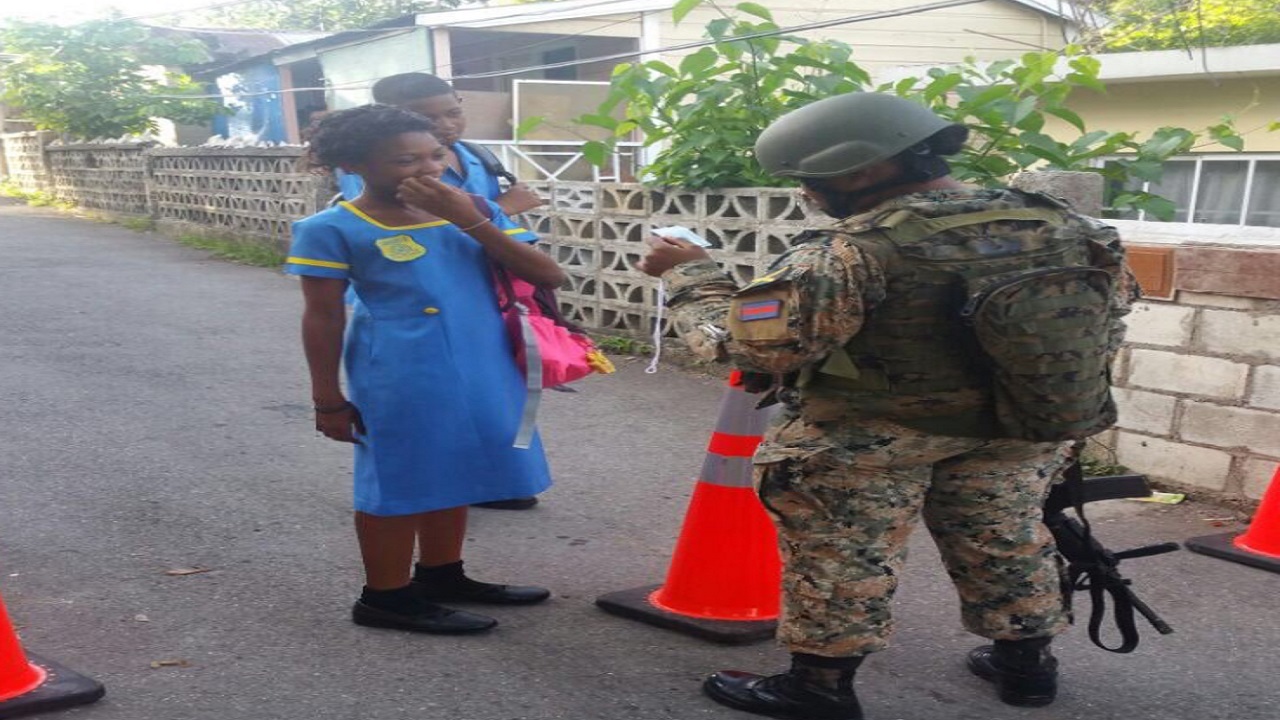 A soldier check the ID of a student resident of Mount Salem, St James last September. Photo via ZOSO Communications.

Minister of Education, Youth and Information, Ruel Reid, says there was no fallout in the Grade Six Achievement Test (GSAT) results from the state of emergency (SOE) and zones of special operations (ZOSOs).

“Overall, to the credit of our students, parents and teachers, they have demonstrated resilience. We see no trend at all from any of the exam types… that there has been any marked decline in overall performance,” Reid said at a press conference at the Ministry on Tuesday to announce the results of the exam.

“We will have to do some more disaggregation of the data, but from the results I have reported, we see positive movements (overall), separate and apart from Mathematics, where we knew that there was a problem and we had interventions,” he noted.

An SOE is in operation in St. Catherine North, while ZOSOs are in effect in Mount Salem, St. James and Denham Town in West Kingston.

The Education Minister noted that the presence of the security forces in the communities have enabled the schools to focus on teaching and learning.

“Where we have had a state of emergency or zones of special operations, it has actually been positive, because what has happened is that we’ve had more controlled environments, reduction of crime and so on, and the improvement in leadership within our schools,” he said.

“Our teachers track the performance and the progress of our students and they give extra attention and more time to get the students ready,” he added.

The Minister announced that there was improved performance in four of five subject areas in GSAT.

10 GSAT students to get scholarships from Heart Praise Worship Fest