No cases of measles in Jamaica, says Tufton 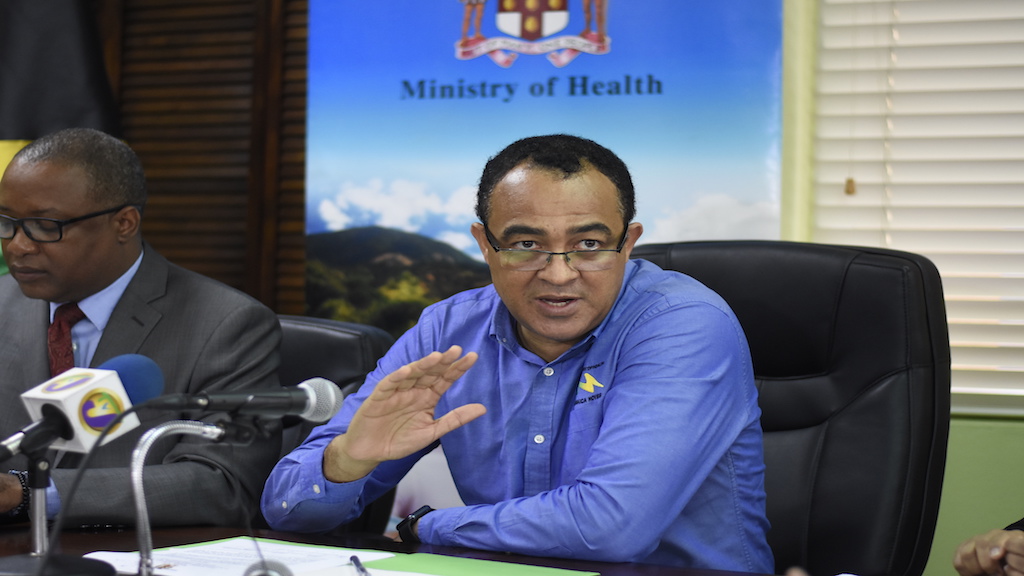 Minister of Health Dr Christopher Tufton has brushed aside claims by his Opposition counterpart, Dr Dayton Campbell, that there was an imported case of measles in Jamaica.

Campbell, the Opposition Spokesman on Health had told the House of Representatives on Tuesday that there was such a case and that it had been reported to the Ministry of Health.

“I am aware of at least one imported case of measles within the last 30-day period. I cannot understand how it is that I can be made aware of these cases but the ministry is unaware,” said Campbell.

“This is not the first time that this is happening,” Campbell added.

However, Tufton, who had earlier made a statement to the House about the country’s state of readiness to deal with the virus while calling for more Jamaicans to access the measles vaccine, said he had spoken with the chief medical officer the day before and was assured that there was no case of measles on the island.

Despite the insistence of the minister, Campbell would not let up. Tufton would later tell the House that he had “just been informed” that a child who had contracted measles in “another jurisdiction” was treated and travelled to Jamaica by which time the child was no longer contagious. However, the child was hospitalised at a private health facility in western Jamaica after developing complications.

“There are no cases of measles in Jamaica,” Tufton stressed, adding that the child was not contagious and there was no threat to the population.

Nonetheless, Tufton told the House that with the recent increase in cases of the disease in the United States and across the region, his ministry was monitoring the island for any imported case of measles. The region of the Americas has been grappling with an outbreak of measles with New York in the United States the hardest hit region with several hundred confirmed cases.

Meanwhile, Tufton told the House that as at March 30, there were 3,674 suspected cases and 596 confirmed cases of measles in the region of the Americas with over 300 of the confirmed cases from the USA. He said there were 881 cases in 19 countries across Europe in January.

Tufton said, in order to stop the disease from spreading, 95 per cent of children in Jamaica must be fully vaccinated with the two doses -- MMR1 at 12 months and MMR2 at 18 months.

However, he said that there has been a decrease in uptake of the vaccines over the last few years with 89 per cent coverage in 2018 of MMR1 and 82 per cent coverage of MMR2. With the falloff, the health minister is urging parents to visit the nearest health centre to ensure that their children are fully vaccinated as measles kills more children than any other vaccine-preventable disease.

The Minister disclosed that the health ministry has since the beginning of the year enhanced its response, including sensitisation and training of approximately 60 healthcare professionals in the health regions in measles outbreak response, with mandatory training of rapid response teams across the island.

Health Ministry on the lookout for imported cases of measles

NYC orders mandatory vaccines for some amid measles outbreak