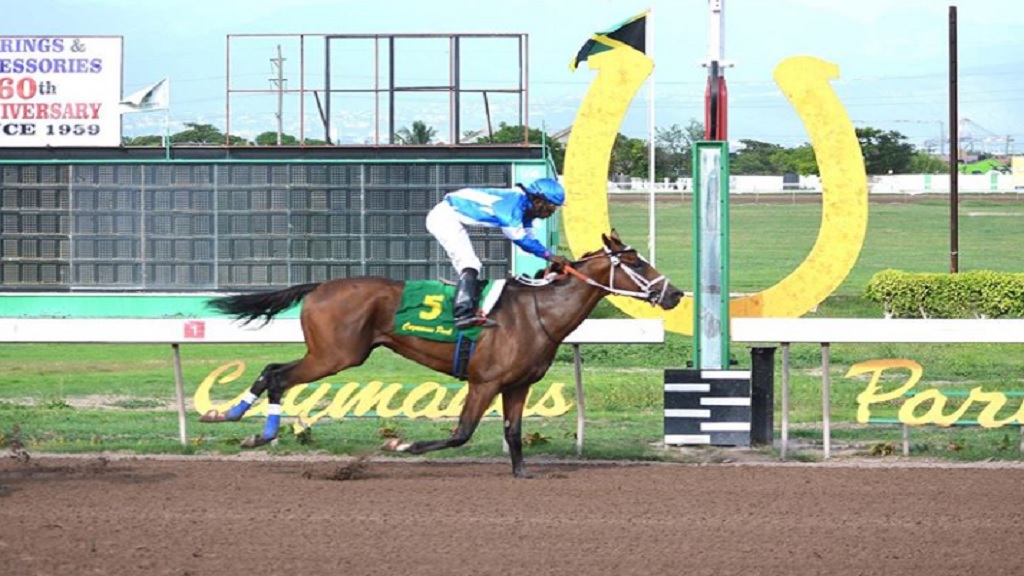 Running at odds of 31-1, NIPSTER straightened sixth in an eventful race in which second-favourite MAHOGANY was uncharacteristically among the backmarkers and tailed off entering the backstretch.

WOW WOW took over from ANOTHER AFFAIR three furlongs out and was getting the better of MAHOGANY, who had recovered to enter the straight second when NIPSTER produced a strong rail run to collar his stablemate.

Jockey Linton Steadman actually started celebrating ahead of the winning post, standing tall in the saddle as NIPSTER clocked 2:06.0 for the 10-furlong trip, handing trainer Gary Subratie and owner Michros a one-two finish in the St Leger.

Meanwhile, 2018 champion jockey, Anthony Thomas, reeled off a three-timer to move two winners clear of Dane Nelson in their battle atop the riders' standings.

Whereas Nelson, 45 wins, failed to visit the winners' enclosure for the second meet in a row, Thomas opened his account by booting home MISS ELAINE and SENTIENT, in the third and fourth races, respectively.

Thomas closed his three-timer aboard CAPTUREMYSHIP, who ran a vastly improved race in the sixth event, clocking a fast 1:12.0 for six furlongs after dismissing speedy MR UNIVERSE from three furlongs out.

The weekend of racing continues on Sunday with a nine-race card, featuring a one-mile overnight allowance clash in which Ian Parsard's SUPERLUMINAL squares off with a strong field including five runners from former champion trainer Wayne DaCosta's barn, led by MASTER OF HALL.