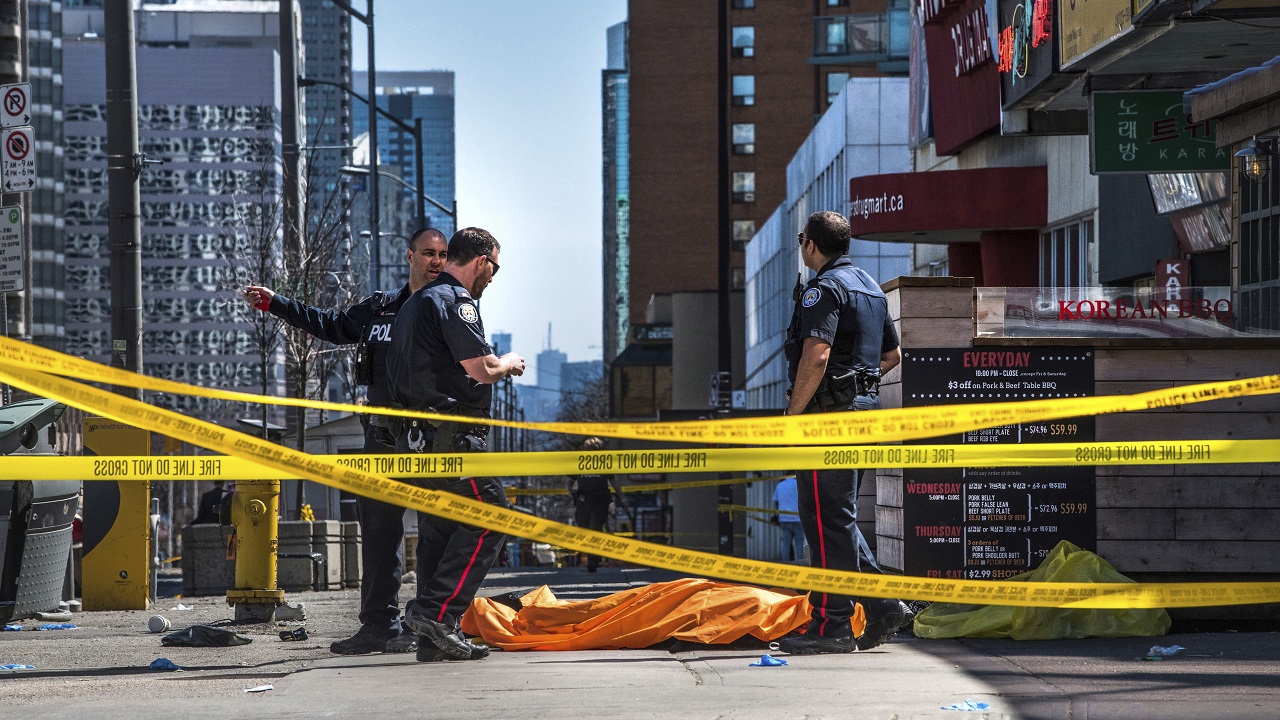 (Image: AP: Police officers stand by a covered body in Toronto after the incident on 23 April 2018)

A Toronto police official says nine people have been killed and 16 injured by a van that jumped onto a pavement and struck pedestrians in the north part of the Canadian city.

Toronto Deputy Police Chief Peter Yuen said the driver of the van was in custody.

Yuen did not provide any possible cause or motive in connection with Monday's incident but said the investigation was continuing. He also gave no details of the injured people.

Earlier Canada's Minister of Public Safety Ralph Goodale said it was too soon to say whether the crash was a case of international terrorism.

Goodale said Canada had not changed its terrorism alert level and he had no information that would suggest a need to do so.

A witness, Phil Zullo, told Canadian Press that he saw people "strewn all over the road" where the incident occurred.

"I must have seen about five, six people being resuscitated by bystanders and by ambulance drivers," Zullo said. "It was awful. Brutal."

Police shut down the Yonge and Finch intersection following the incident and Toronto's transit agency said it had suspended service on the subway line running through the area.

The incident occurred as Cabinet ministers from the major industrial countries were gathered in Canada to discuss a range of international issues in the run-up to the G7 meeting near Quebec City in June.

Prime Minister Justin Trudeau expressed his sympathies for those involved. "Our hearts go out to everyone affected," Trudeau said in Ottawa. "We are going to have more to learn and more to say in the coming hours."