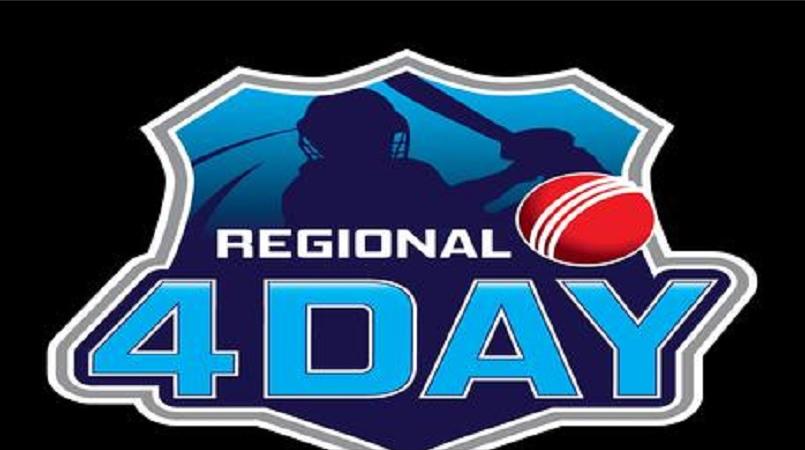 Left-arm spinner Nikita Miller picked up nine wickets in an innings to lead Jamaica Scorpions to an easy 132-run victory over Trinidad and Tobago Red Force in their fourth round fixture in the Digicel Regional 4-Day Tournament at Sabina Park on Saturday.

With the nine second innings wickets, Miller became the first bowler in the history of the Regional Four-Day Championship to reach 400 wickets.

Set a challenging 338 for victory, the visitors could only muster 205 in their second innings, crashing to an heavy defeat at the hands of a rampant Jamaica Scorpions inside three days.

Captain Miller wrecked the innings with a career-best haul of nine for 41 – his 25th five-wicket haul in first class cricket.

Opener Imran Khan top-scored with 52, Kyle Hope got 35 while Yannick Ottley hit 30 and Yannic Cariah, 27, but Red Force collapsed from a promising position of 103 for one, to lose their last nine wickets for 102 runs in quick time.

Miller, in his 84th first class match, finished with match figures of 12 for 94 – his seventh ten-wicket haul in first class cricket.

Scorpions had earlier been dismissed for 229 in their second innings, after resuming the penultimate day on 148 for four.

Leg-spinner Imran Khan finished with five for 50 while off-spinner Jon-Russ Jagessar picked up three for 78.

Red Force looked to be making a run at the target with when Khan and the in-form Hope put on 76 for the first wicket. On 38 without loss at lunch, the visitors pushed on afterwards with Khan hitting eight fours and a six off 80 balls and Hope facing 49 balls and counted four fours.

When Hope perished, Khan and Isaiah Rajah (8) put on a further 27 before the first collapse set in as Red Force lost three wickets for 20 runs.

Stumbling on 123 for four, Ottley and Cariah made a last ditch effort to save the innings from total ruin by putting on exactly 50 for the fifth wicket.

Once Ottley fell, however, the final collapse set in. Roshon Primus smashed a cameo 25 from 30 balls to delay the inevitable but Red Force lost their four wickets without adding a run.

Over at Windsor Park, a record 10th wicket stand gave Windward Islands Volcanoes the advantage but half-centuries from Jahmar Hamilton and Montcin Hodge helped Leeward Islands Hurricanes fight back in their fourth round game.

Resuming the second day on 186 for eight, Volcanoes flourished through a last wicket partnership between captain Liam Sebastien who finished unbeaten on 80 and Mervin Matthew who blasted an aggressive 73 – his maiden first class half-century.

In reply, Hurricanes were languishing at 69 for four before Hamilton struck an unbeaten 77 and Hodge, 76, to stabilise the innings in a 116-run, fifth wicket partnership. They ended the day on 209 for six, 81 runs behind.

The right-handed Hamilton has so far faced 107 balls in 2-¾ hours and counted ten fours while Hodge was more patient, facing 271 deliveries in an innings lasting 291 minutes and including five fours.

Sebastien, who claimed three for 50 with his off-spin, broke the stand when he had Hodge caught at leg slip by Johnson Charles.

Earlier, Sebastien had held the innings together by anchoring half-century stands for the ninth and 10th wicket.

Unbeaten on 59 at the start, he extended his overnight ninth wicket partnership with Johnson to 70 before adding a further 95 for the final wicket with Matthew – a record in the history of the modern competition.

The left-handed Sebastien faced 162 balls in 218 minutes and counted eight fours while Johnson added ten to his overnight 46 to post his second first class half-century.

Matthews’ innings was the turning point, however, as he lashed six fours and six sixes in off a mere 53 balls to frustrate Hurricanes.

Over at Providence in the day/night fixture,  the umpires called off play between two-time defending champions Guyana Jaguars and Barbados Pride at 9:20 pm due to persistent drizzle.

When the game was called off, Barbados Pride were 48 for two after resuming on zero without loss.

The Jaguars had made 311 on Friday’s opening day.

The Jaguars enter the round leading the table on 33.6 points, just 0.2 points ahead of second place Barbados Pride.