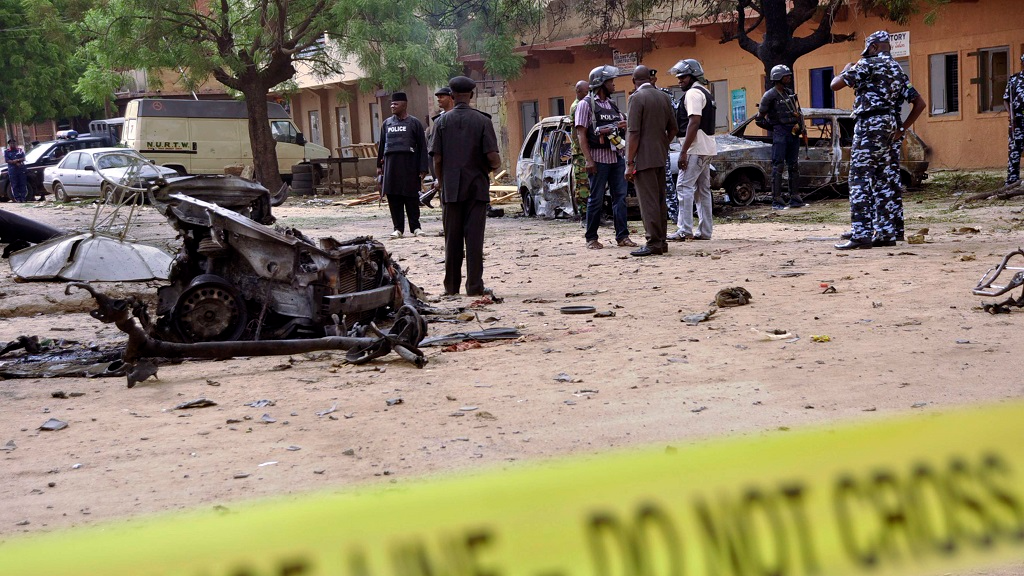 A teenage suicide bomber detonated as worshippers gathered for morning prayers at a mosque in northeastern Nigeria, killing at least 50 people, police said Tuesday, in one of the region's deadliest attacks in years.

Police spokesman Othman Abubakar told The Associated Press they were "still trying to ascertain the number of injured because they are in various hospitals."

While there was no immediate claim of responsibility for the bombing in Mubi town in Adamawa state, suspicion immediately fell on the Boko Haram extremist group. The group is based in neighboring Borno state and has been blamed for scores of similar attacks over the years.

Boko Haram increasingly has been using teenagers or young women as bombers, many of whom have been abducted.

The police spokesman said the young man detonated his explosives while mingling among the worshippers.

While Nigeria's military in recent months has flushed Boko Haram from its forest stronghold, President Muhammadu Buhari's claim late last year that the extremist group had been "crushed" has proven to be premature.

Boko Haram has been blamed for more than 20,000 deaths during its nearly decade-old insurgency, which has spilled over into neighboring countries and displaced millions of people, creating a vast humanitarian crisis.