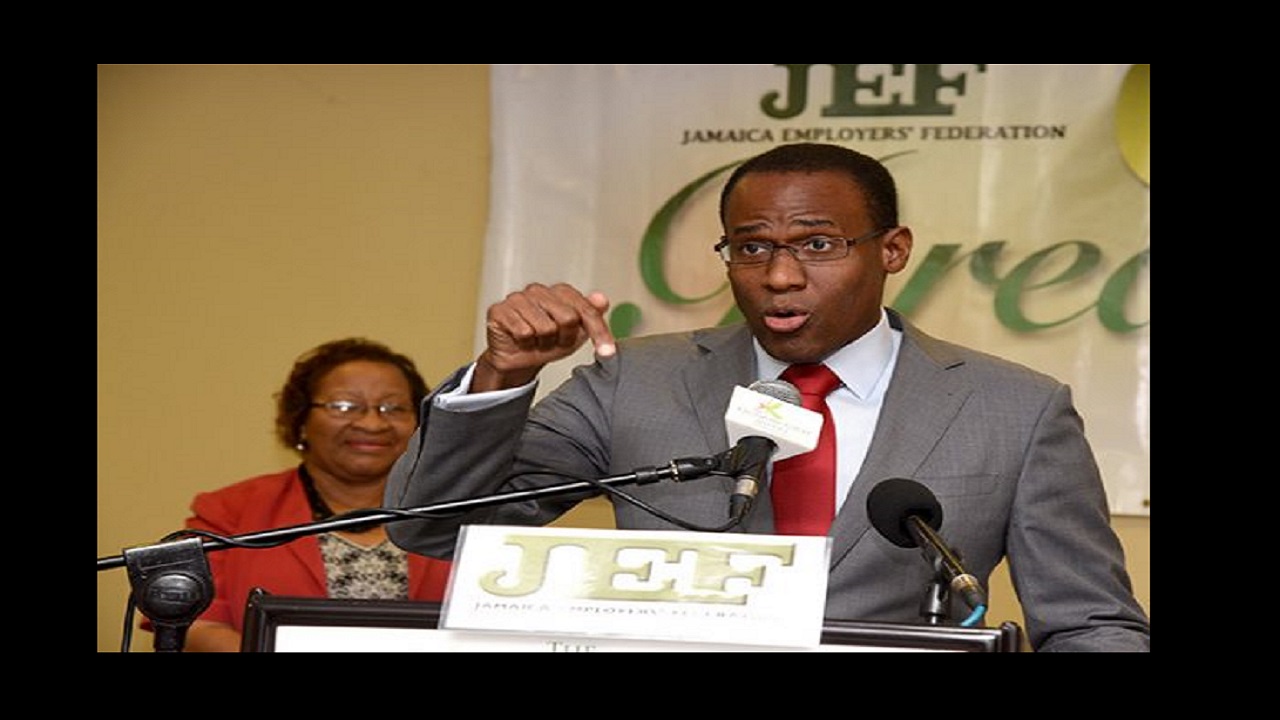 Photo of Nigel Clarke via the Jamaica Information Service.

Finance Minister, Dr Nigel Clarke, has stated that the amount of money spent and the number of vehicles which were bought by the Andrew Holness Administration is less than the $190 million that was reported by the Sunday Gleaner on March 25.

Clarke, in a Ministerial statement in the House of Representatives on Wednesday, said there were several inaccuracies contained in the Gleaner article. He said the number of vehicles purchased was 14 and not 18, as was reported by the newspaper.

Of note is that Clarke said this was communicated to the newspaper before the publication of the article. In fact, he said four of the 18 vehicles mentioned by the newspaper were bought by the previous Portia Simpson Miller Administration that demitted office in February 2016.

As such, Clarke said the correct number of new vehicles purchased for ministers after February 2016 was 14.

The minister said that in most instances, the ministers of the Simpson Miller Administration purchased the vehicles they were using, consistent with the then existing Government policy.

This, however, contrasted with the stated position of Prime Minister Holness on taking office, to put a stop to that policy.

In relation to the cost of the vehicles, the newspaper stated that the Jamaica Labour Party (JLP) Government spent $190 million on new vehicles for ministers, while the People’s National Party Government spent $60 million to purchase vehicles that included Toyota Prados, BMWs and Mitsubishi Pajeros.

“The Honourable House and the public should know that the total CIF value (cost insurance and freight) for new vehicles purchased by the Andrew Holness Administration since February 2016 was approximately US$682,000, to a CIF value of approximately US$692,000 for new vehicles purchased for ministers in the Simpson Miller Administration. These are the facts,” Clarke stated.

He also said that the vehicles purchased by the Holness Administration attracted taxes that were imposed by the previous Government. These taxes were not in place when the Simpson Miller Administration spent $60 million to purchase motor vehicles.

As such, the finance minister criticised the newspaper for publishing an article with what he described as “erroneous final numbers and prices” for the purchase of new vehicles by the Holness Administration by including four vehicles purchased prior to February 2016.

“These two facts explain that what was presented as a vast increase in consumption by the Holness Administration with respect to motor vehicles, is false” Clarke said.

He said it became necessary to purchase 14 new vehicles as 16 ministers of the Simpson Miller Cabinet exercised their right to purchase the vehicles that were assigned to them, based on the existing policy.

Clarke said at the time the JLP returned to government in February 2016, the ministerial fleet was significantly depleted.

Nearly 100 new vehicles for the police