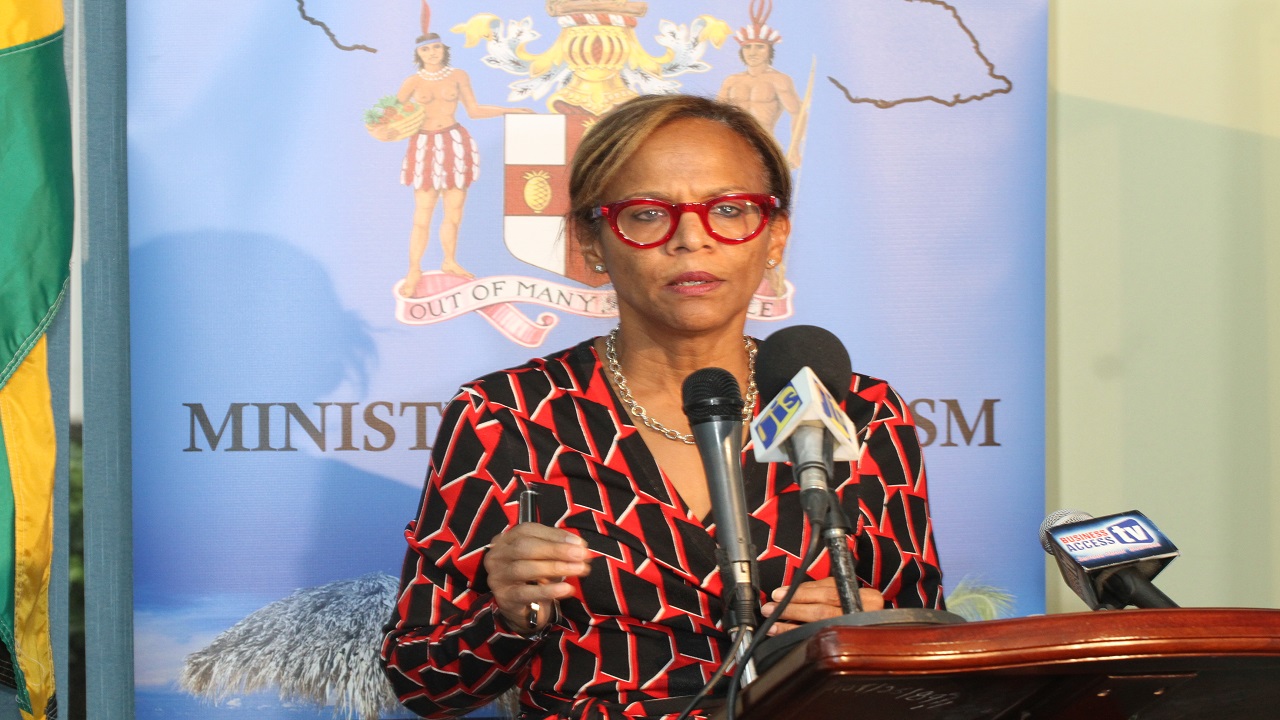 The digital economy is the worldwide network of economic activities, commercial transactions and professional interactions that are enabled by information and communications technology (ICT).

The Government is emphasising the creation of a digital society in order to drive growth, create opportunities for businesses, promote innovation and create jobs.

“Prime Minister (the Most Hon. Andrew) Holness actually announced a few months ago that he would like Jamaica to become a digital economy, but you can’t have a digital economy unless there is a digital signature and a lot of our documents can be done electronically,” she pointed out.

She was speaking at the inaugural Public Sector Corporate Governance Awards Ceremony at The Knutsford Court Hotel in Kingston on December 13.

The IDB recently approved a US$68-million loan to the Government for the design and implementation of the National Identification System (NIDS).

The loan will also cover the necessary systems to ensure the safeguarding of personal information.

“I want to say that your international partners have recognised that you have come a long way, and that was probably one of the easiest meetings I have sat in at the IDB approving a loan for Jamaica,” Mrs. Turner-Jones said.

“There were a lot of comments about Jamaica being a model for reform, not just in the Caribbean but in all of Latin America in terms of some of the initiatives you are taking,” she said.

NIDS, which is scheduled for implementation in 2019, will provide a comprehensive and secure structure to enable the capture and storage of identity information for all Jamaicans.

Under the system, each citizen will be provided with a randomised nine-digit National Identification Number (NIN), which they will have for life.

Mrs. Turner-Jones pointed out that the NIDS will be the first national identification system rolled out in the Caribbean.

“IDB has worked with other countries in the region on it, but this will be the first one here. There was a lot of talk about how this will help improve a lot of the social problems that Jamaica is experiencing, (and) there were many references to people with special needs and disabilities,” she said.

Implementation of the NIDS is supported by the National Identification and Registration Bill, which was passed in both Houses of Parliament in November.

With the US$68-million funding, the Government intends to put the NIDS infrastructure and systems in place over the next 12 months, beginning with a pilot project.

This is expected to be followed by the national roll-out in September 2019, over a three- to four-year period.

The layered roll-out and management of the NIDS will be handled by a new agency, the National Identification and Registration Authority (NIRA), which will replace the Registrar General’s Department (RGD) and provide more enhanced services.