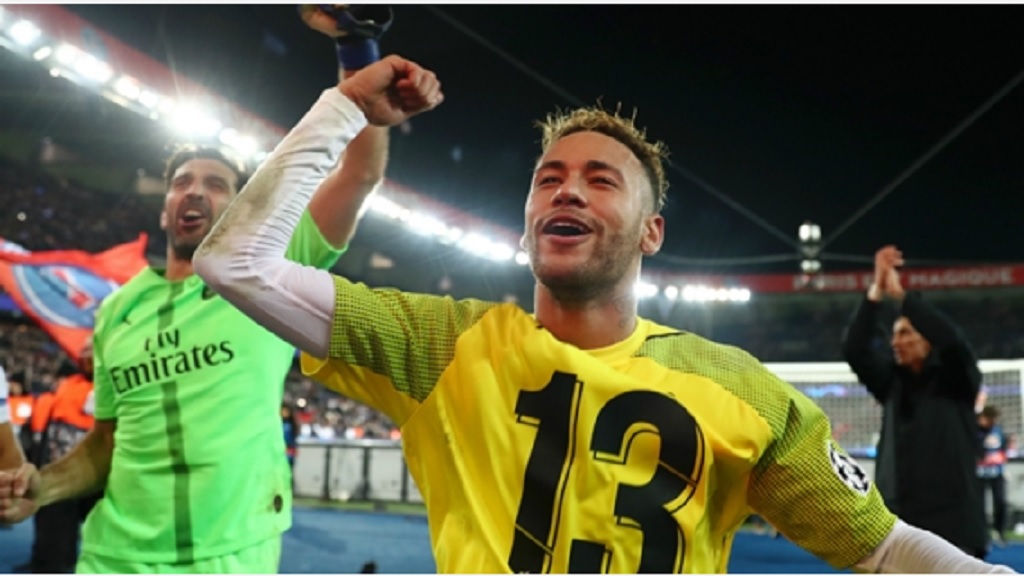 Neymar scored the decisive goal at the Parc des Princes on Wednesday to ensure Liverpool have to beat Napoli on matchday six to qualify.

Referee Szymon Marciniak booked six Liverpool players and Marco Verratti was perhaps fortunate not to be given a harsher punishment than his yellow card after a poor challenge on Joe Gomez.

The official also appeared to be persuaded to give a penalty to Liverpool – converted by James Milner – after seemingly initially gesturing for a corner when Angel Di Maria brought down Sadio Mane in the box.

And Klopp could not contain his frustration after PSG left Liverpool on the brink of elimination from the Champions League at the group stage.

"I always felt this game was still open and if we score one we are in the game again," Klopp told a news conference. "We did that in the 45th minute after somebody, I don't know exactly who, had to convince the referee!

"I know that now the main headline will be 'Klopp said' but the number of interruptions in that game was just not cool. I said a few times, two times in a row we won the Fair Play award in England and tonight we look like butchers after the yellow cards we had.

"It was clever of PSG, especially Neymar, but a lot of other players went down like it was really something serious and we were not that calm any more. We were aggressive, and unfortunately negative aggression doesn't help in football, we got rather frustrated and angry.

A decision from Marciniak that particularly irked Klopp was the yellow card shown to Verratti for a high tackle on Gomez.

"I don't like this part of my job. Everybody has eyes, everybody sees but it's only a story if I say it?" Klopp said.

"For me it's a red card, yes, but what does that change? Nothing. All it means is you have a story and it looks like I am a bad loser.

"I don't care, write or think what you want. I had a very good view of it, and it was for sure not the same colour as these 500 other yellow cards.

"The penalty, I have no idea why it was a late decision. It was not even a foul for him, unbelievable. But it's over."

The second half proved a scrappy affair with Liverpool unable to muster pressure on the PSG goal, with Klopp annoyed by what he perceived to be a lack of control from referee Marciniak.

"I could say 500,000 things but none of them I want to read in the newspaper tomorrow. You have a brain, think about it and write it down or do it on the mic or whatever," Klopp continued.

"There are a lot of things you can do. You can give yellow cards for everything. If you go down, you act like you die and then the next moment you get up, yellow card. It's possible. It's unsportsmanlike behaviour.

"In the end, it's hectic and everyone is going down. But it was an important game and everybody tries to do it like that. I don't want to say Paris didn't deserve [to win], and I don't expect help from a referee, I just expect him to calm all these things down.

"It doesn't happen that often, to be honest, but it happened tonight."