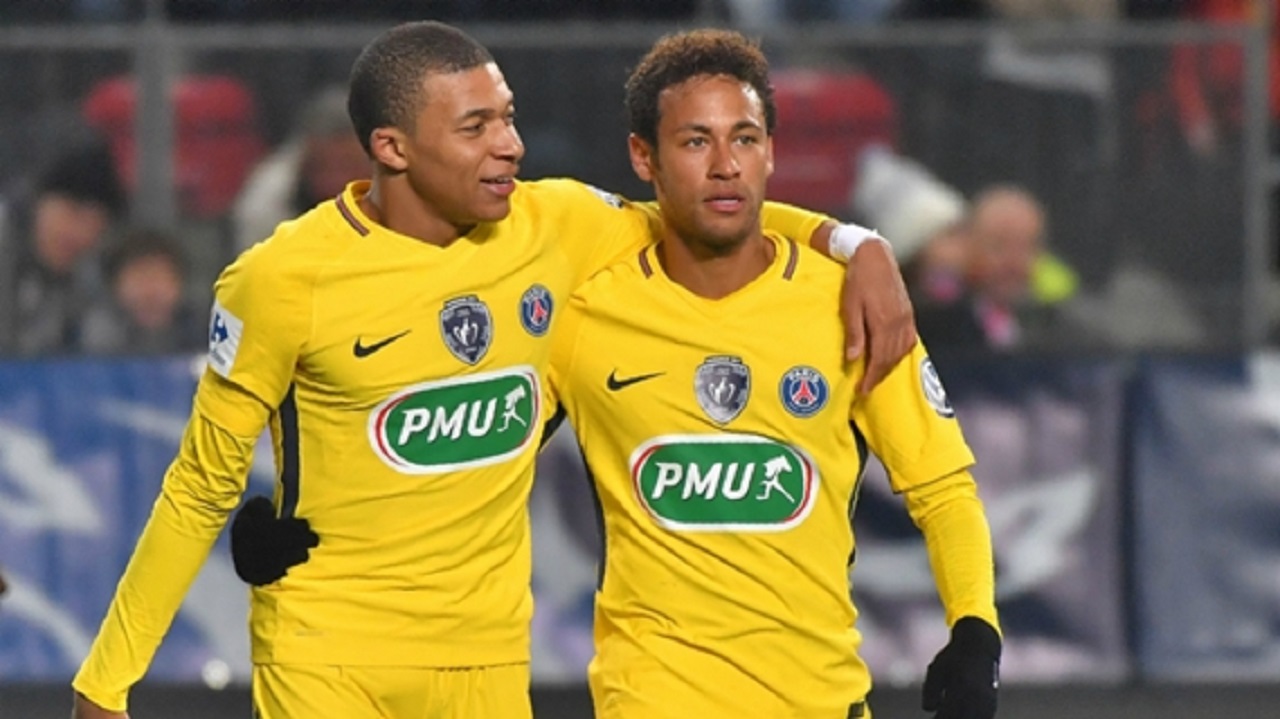 Neymar would be a better signing than Paris Saint-Germain (PSG) team-mate Kylian Mbappe because he works harder for the team, according to Atletico Madrid boss Diego Simeone.

Brazil star Neymar had his detractors at the World Cup following high-profile instances of theatrics, but the 26-year-old undoubtedly remains one of the best players on the planet.

During his first campaign in France, the former Barcelona forward scored 19 goals in 20 Ligue 1 appearances before a fractured metatarsal ended his season prematurely.

Mbappe is one of football's brightest young prospects and rounded off a fine domestic campaign with PSG by helping France to World Cup glory.

But for Simeone, Neymar would represent a better addition from a team perspective.

Asked during an interview with El Partidazo de COPE who he would rather sign, Simeone replied: "Neymar for sure because he works more.

"He worked a lot in the Luis Enrique's Barcelona team.

"Mbappe is a great player but he is more individualistic and without such a defined position."

On Friday, Simeone's son Giovanni scored on his Argentina debut during a 3-0 beating of Guatemala in Los Angeles.

It marks the continuation of an impressive rise for the forward, who has 27 goals in 75 Serie A appearances over spells at Genoa and Fiorentina.

But Simeone says he would not consider signing his son.

"I'm excited to see him in the Argentina national team, what I feel for Argentina is inside me," he added.

"He's a guy who has everything to play with me, but I would never sign him.

"It is very difficult to have your child in the dressing room. For him, for the relationship."

Asked if his son could play for Atleti in the future, he replied: "If he takes a much more important role in five or six years we're talking about a different situation, he would be more protected.

"He's going about his career in the best way. Maybe one day I'm not at Atletico and he can come."