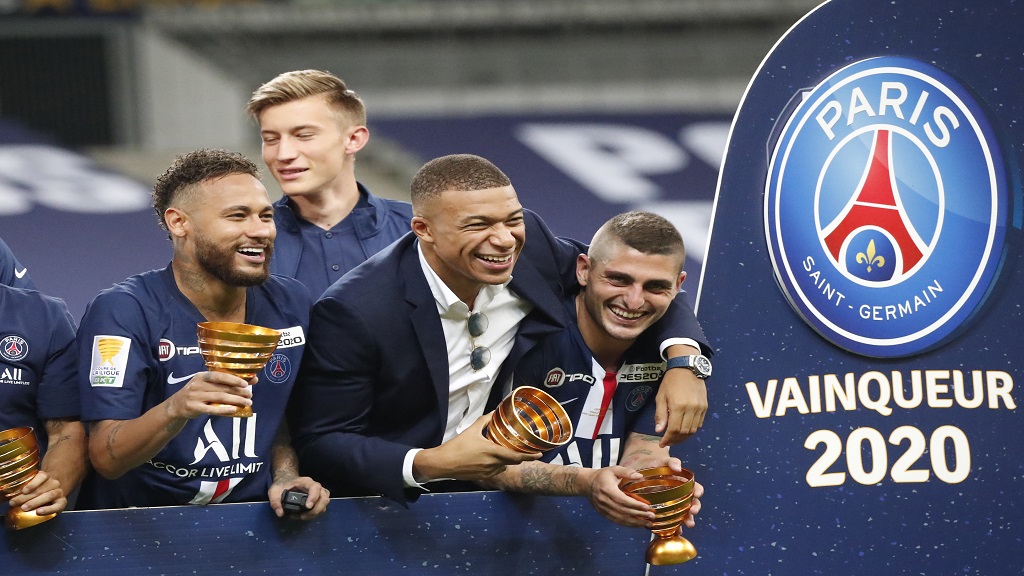 Neymar, left, celebrates with Kylian Mbappe and other teammates after PSG defeated Lyon in the final of the French League Cup at the Stade de France stadium, in Saint Denis, north of Paris, Friday, July 31, 2020. Mbappe did not play in the final due to an injury. (AP Photo/Francois Mori).

After arriving from Barcelona in a world-record €222million transfer in 2017, Neymar has won nine titles and scored 74 goals in 85 appearances across all competitions.

"These three years came with a lot of knowledge. I've lived times of joy and some complicated ones, especially when I was unable to play due to injuries," Neymar, whose PSG are preparing for their Champions League quarter-final against Atalanta, said via his official website.

"With my team-mates' help, I was able to overcome and focus on what really matters for everyone, which is our performance in the field translated into titles.

"Our supporters, the club and every fan can see our team's delivery in any game.

"I believe that today I live my best moment in Paris. We form a family on behalf of the greater objective we have ahead of us.

"We want to mark this season with the Champions. We will fight for this, because we were never so close."