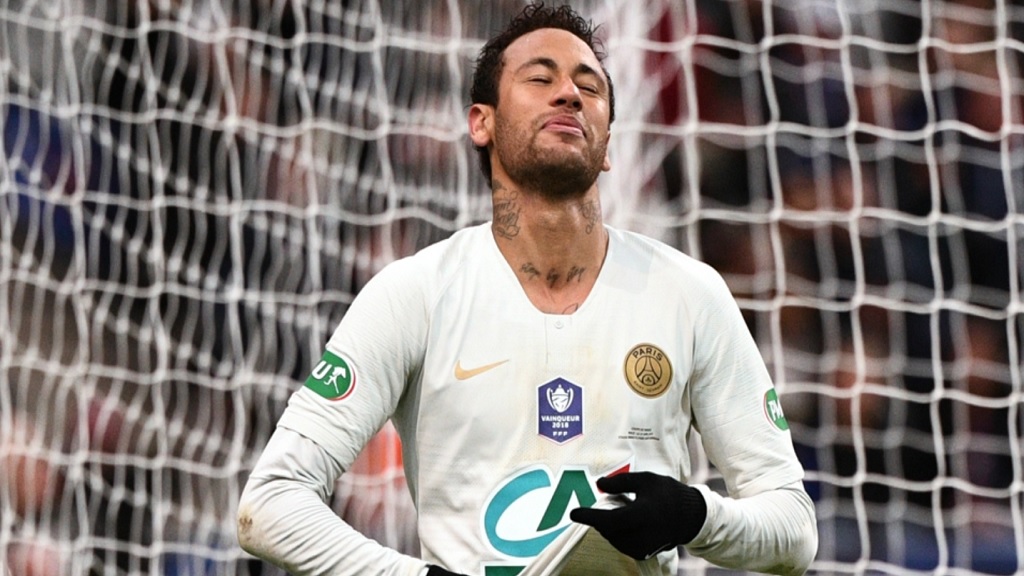 Neymar and PSG lost to Rennes in the Coupe de France final.

Neymar has been handed a three-match ban plus an additional two-games suspended following his altercation with a Rennes supporter at the end of the Coupe de France final.

PSG squandered a 2-0 lead in the match on April 27 and ultimately lost 6-5 on penalties, but the contest was marred by an incident after the game.

As PSG made their way up the steps into the Stade de France stands, a supporter goaded Neymar while filming, and the Brazilian reacted.

Someone else also caught the incident on camera and the clearer footage appeared to show Neymar striking the spectator on the head.

Neymar's suspension will begin on Monday after Saturday's Ligue 1 meeting with Angers, meaning he will be unable to feature against Dijon and Reims in the final games of the campaign. The Brazil star will also miss the first match of the 2019-20 season.

The French Football Federation has also handed down a €35,000 fine to PSG for fans using fireworks and lasers.

Barbados health minister self-quarantined but still on the job