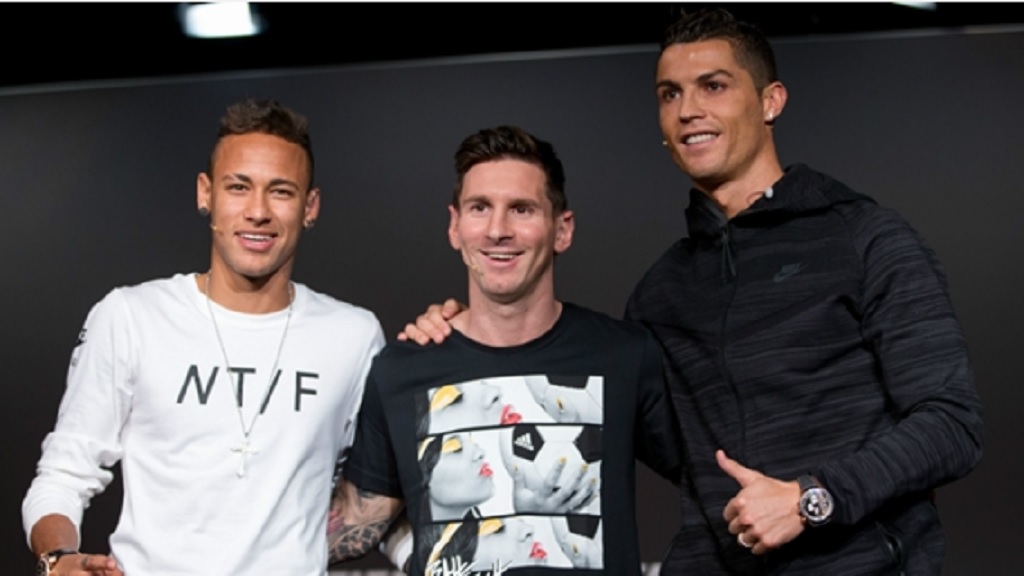 Messi and Ronaldo have staged a long-running battle for top billing in world football with the pair relentlessly hoovering up prestigious trophies and individual accolades.

Neymar's world-record switch from Barca to PSG in 2017 is believed to have been heavily motivated by his desire to emerge from the shadow they cast over LaLiga during the four seasons he was at Camp Nou.

But the Brazil attacker draws inspiration rather than intimidation from the pair's achievements.

"I played with Messi who is, for me, one of the greatest footballers of all time, and he is my idol in football," Neymar told The Players' Tribune during an interview alongside NBA ace Stephen Curry.

"With Messi, I learned every day, whether during our practice, or playing with him, or just watching him play. And that made me stronger and it increased my capacity on the field because I kept learning a lot from him.

"As for Cristiano Ronaldo, he is a monster. Facing him is a pleasure and an honour, but we have to be more prepared.

"He is one of the greatest in football so you get smarter, you get alert, but at the same time you learn a lot, too.

"They are two of the big guys that I can relate to, because I want to learn, I want more, I want to win, I want more trophies, [to] score more goals. So, I keep learning from them every day."

Neymar has twice finished third behind Messi and Ronaldo in the Ballon d'Or voting and appears an outsider to claim the award in 2018.

The 26-year-old has, however, started the new Ligue 1 season in fine form, netting eight goals in nine appearances.

Neymar gets goal, yellow card for diving as Brazil romp 5-0