Neymar did everything possible to return to Barcelona - Suarez 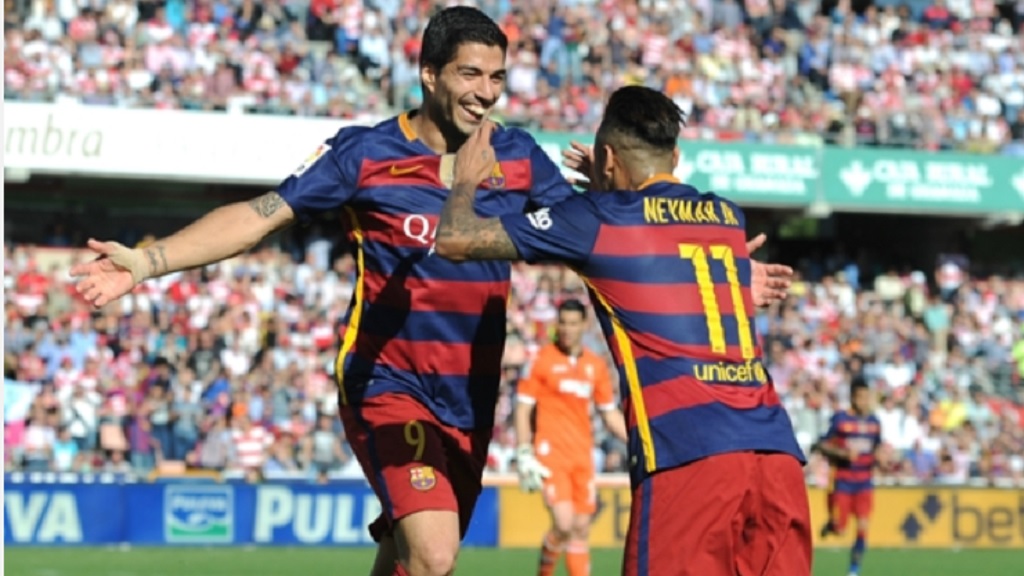 Luis Suarez and Neymar playing for Barcelona in 2016.

Neymar did everything possible to return to Barcelona before the European transfer window closed, according to Luis Suarez.

Paris Saint-Germain (PSG) retained the Brazil superstar despite strong speculation he would leave, two years after joining from Barca for a world-record €222million fee.

Neymar was reportedly the subject of a series of offers from the Catalans, whose LaLiga rivals Real Madrid were also said to be interested, and there were even rumours the player offered up to €20m of his own money to facilitate a transfer back to the Spanish champions.

Despite PSG bringing in Inter striker Mauro Icardi on loan to boost their forward options, Neymar is now set to stay at the club until January at least.

There has long been speculation Neymar regretted his decision to leave Barca in 2017 and Suarez confirmed team-mates warned him about making the move to Paris.

"We talked about it at the time," Suarez told Fox Sports Radio in Argentina.

"We told him that there would be no place better than at Barcelona. But it's his decision and he chose that.

"Now, he did everything possible to return."

Although they could not land Neymar, Barca signed Antoine Griezmann from Atletico Madrid and the World Cup winner scored his first LaLiga goals for the club in the 5-2 defeat of Real Betis.

However, Barca have taken four points from three games in a stumbling start without injured captain Lionel Messi and they sit five points behind Griezmann's old club Atleti in the table.

Suarez has also been sidelined by injury, but he feels Griezmann, who rejected a possible move to Barca last year, is settling in well at Camp Nou.

"He is integrating [into the squad] in the best way possible," Suarez said.

"He's showing the squad that he is very humble. Here, we are all the same."

A bright spot for Barca has been the emergence of Ansu Fati, with the 16-year-old becoming the club's youngest league goalscorer to help earn a 2-2 draw at Osasuna before the international break.

"He came to train a day before playing the game against Real Betis," Suarez added. "We noticed him and we were all surprised by his age.

"I think that when it comes to entering the dressing room, the more experienced players have to support him. 'Don't change the way you play'.

"Logically, he looks at you in a special way, but we try to make jokes to make him feel more comfortable."