Nicole Scott, Sales Manager at Active Home Centre presented bursary valued at JA$20,000 to Deago Curtis during morning devotion at Dunrobin Primary School. Also in the photo are Noel Watt (right) and Aldene Henry, mother of Deago Curtis, which other members of staff look on.

As the new back-to-school season gets off to an exciting start, so too are the staff at Dunrobin Primary School, who are all geared up and ready to deliver a more enhanced learning experience to the students.

This they said, is thanks to the fact that 19 of their classrooms now have newly constructed partitions thanks to a partnership with Active Home Centre.

Imagine being a student in a classroom of some 40 other vibrant classmates, and you’re trying to grasp a new mathematics concept that is being explained by your teacher at the very blackboard that separates your class from another with just as many students  - but with nothing to block the sound from the lessons that they are being taught.

This was the reality that students and teachers at the Dunrobin Primary School had to endure up until a few weeks ago, where more than three classes would occupy one large space that was separated only by the very blackboards that the teachers were using.

“To say that we are grateful is an understatement as this has been a huge challenge that has affected our overall academic output over the years. We managed to do four partitions on our own, and then Active stepped in and together we completed 15 additional partitions making it a total of nineteen classrooms where students can learn undisturbed. Students were not focused as the noise from other classrooms was a big distraction,” said Noel Watt, Principal of Dunrobin Primary School, who is known as a disciplinarian and who’s been on a mission to help the school return to its former academic glory. 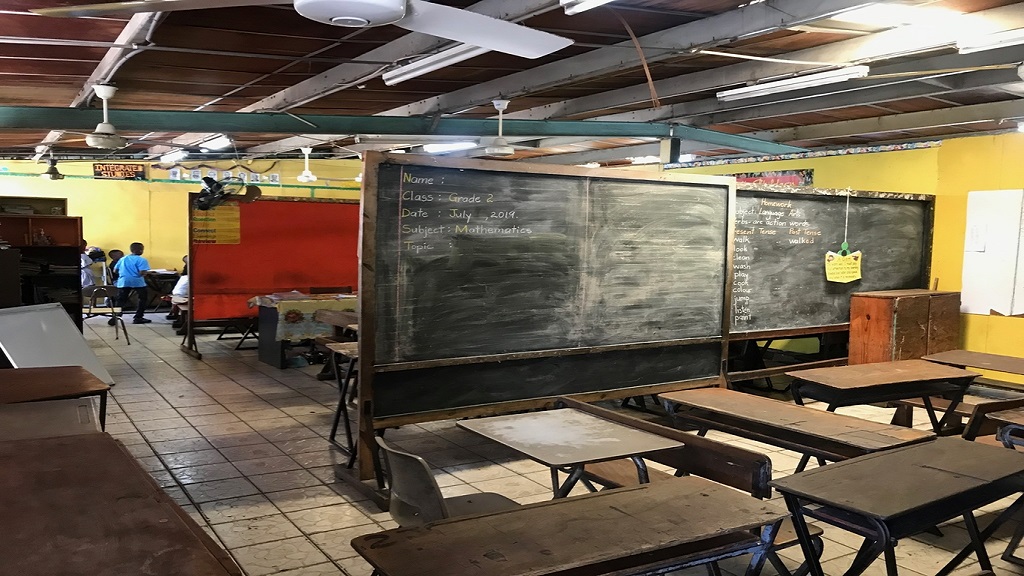 A block of classrooms at Dunrobin Primary before the partitions were constructed with classrooms separated by blackboards.

In addition to the classroom partitions, Active Home Centre is also awarding five students from grade six with book vouchers from Kingston Bookshop valued at $20,000 each. The presentation was made to the students during the school’s back-to-school devotion by Nicole Scott, Sales Manager at Active Home Centre.

Built-in 1970, Watt explained that the 49-year old institution was once a household name as it was among the top-performing primary schools in the Kingston.

However, the school that was originally built to accommodate a maximum of 850 students grew at one point to over 1,800 students – more than twice its original capacity.

In addition, losing its perimeter fence meant the school was prone to constant theft and break-ins ridding the school of essential resources like computers and running water with pipes stolen, as well as other critical school supplies.

With a commitment to excellence and a drive to return the school to its former glory of being among the top-performing primary schools in Jamaica, Dunrobin started its transformation journey in 2013, with the first action being to reduce the student population in order to improve teacher/student ratio in the classrooms.

“We’ve made great progress since then. Our student population has significantly reduced making it easier for teachers to provide more one-on-one attention to students. Professional development for teachers is also very active and in line with the Ministry to everyone is fully equipped to deliver at a high level,” Watt noted. 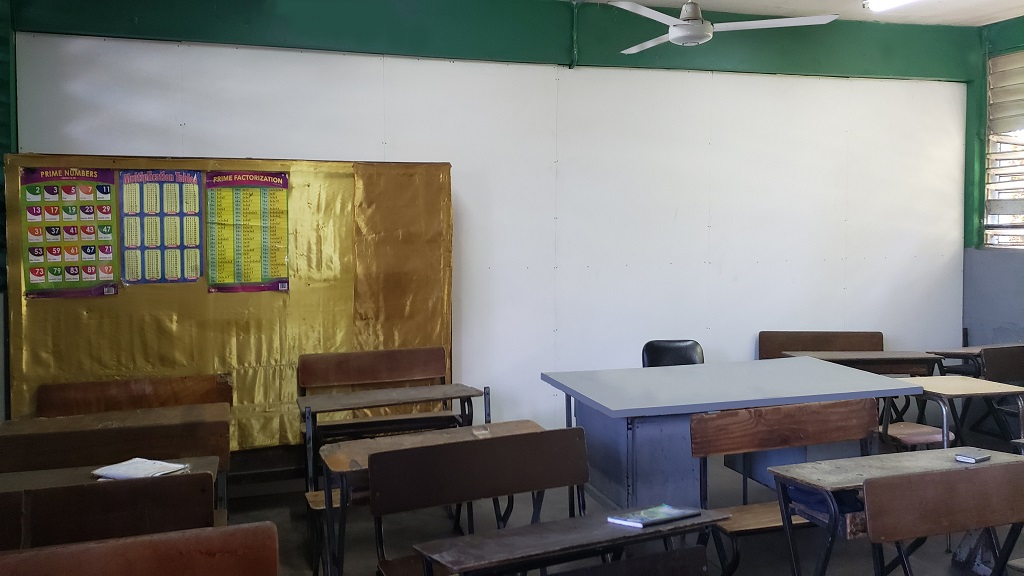 Classrooms with partitions constructed and installed by Active Home Centre.

Today, Dunrobin Primary School says the fruits of its labour are paying off in several ways. Recently, Alexi-Ann Lindsay, received the J.A.G Smith Snr scholarship for top girl in all Government-owned schools following an outstanding performance in the PEP exams. This scholarship is historic coming from Common Entrance to Grade Six Achievement Test and now to PEP.

“We cannot thank Active Home Centre enough for stepping in once again and partnering with us in such a big way to construct these partitions. We have more work to be done, but we have a team of dedicated and committed teachers, parents, school Board, business partners and the wider community who share our vision of achieving excellence throughout the school.”