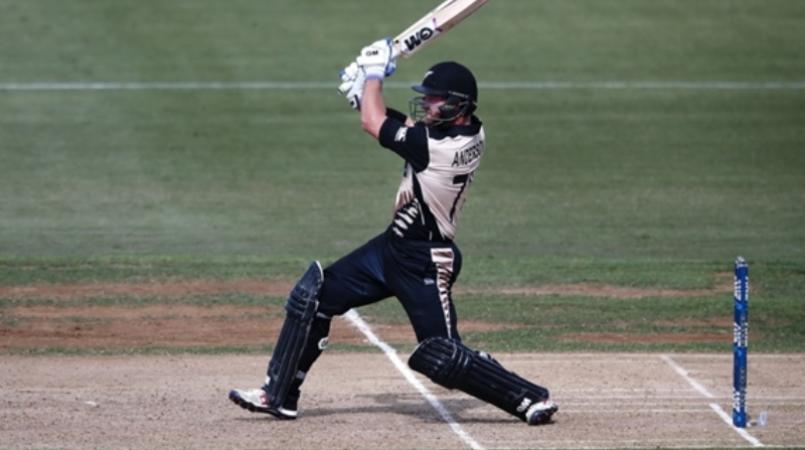 The hosts had been in early trouble at 41-3 at Mount Maunganui, but Anderson combined with captain Kane Williamson (60) to rescue the innings.

Tom Blundell came in for his international debut for New Zealand, replacing the injured Luke Ronchi.

After making 30 off the first four overs, the hosts found themselves in trouble.

James Neesham (15) and Colin Munro (0) fell in the same over to Rubel Hossain (3-31), the former trapped lbw and the latter caught at deep square leg.

Tom Bruce (5) was the next to go, removed by Mosaddek Hossain (1-27) as Bangladesh piled on the pressure.

But Anderson and Williamson would put on a match-winning 124-run stand for the fourth wicket.

Williamson was dropped on 53 and 58, while Anderson crunched three consecutive sixes off Sarkar in the 17th over.

Tamim Iqbal (24) and Sarkar made a good start – putting on 44 off 4.4 overs for the first wicket – but the tourists were unable to score quickly enough after both fell.

Ish Sodhi (2-22) took the big wicket of Sarkar, who mistimed a sweep and was caught by the bowler.

Shakib Al Hasan made 41, but Bangladesh hit just one six in their innings to slump to defeat.

FEATURED IMAGE CAPTION: Corey Anderson on the go during his unbeaten 94 off 41 balls to lead New Zealand to victory over Bangladesh in the third and final Twenty20 international match at Bay Oval on Sunday.