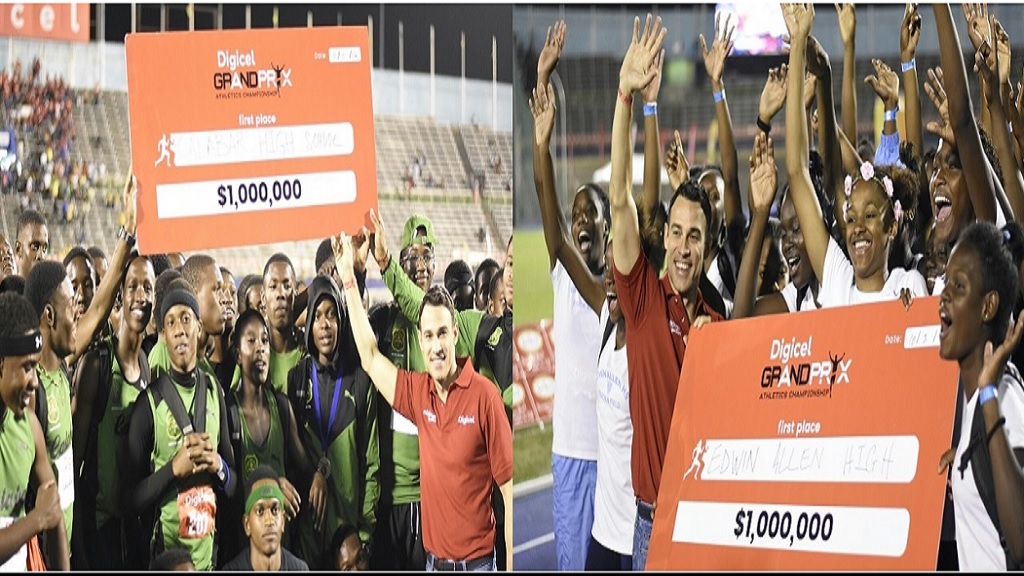 The combination of photos show Justin Morin, chief executive officer for Digicel Jamaica with athletes from Calabar (left) and Edwin Allen, displaying their cheques, after the schools won the fourth staging of the Digicel Grand Prix Athletics Championship in 2018 at the National Stadium.

The second day of the three-day County of Cornwall Athletics Association/Digicel Western Championships will take place on Thursday at Rusea's High in Lucea with the girls' eliminations.

Fifteen finals, all the throw and jump events, are scheduled for the day, which starts at 9:00 am.

The day will also feature the opening round and semi-finals of the sprint hurdles, 100m and 200m.

Rusea's High have won the girls' title for the last two years.

The Westmoreland-based school has amassed 99.50, just 8.5 points ahead of defending champions St Elizabeth Technical High School (STETHS) - 91 points - heading into the final day, which will be staged at G.C. Foster College in Spanish Town on Saturday. Cornwall College are third with 74 points. 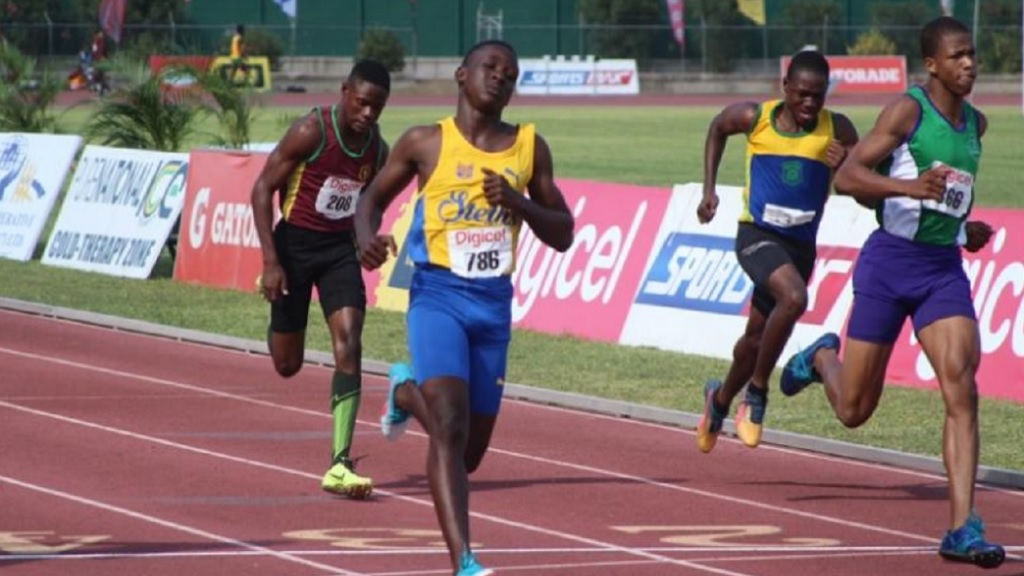 Western Championships marks the opening meet of the 2019 Digicel Grand Prix Athletics Championship, which is now in its fifth year.

School teams (boys and girls) will vie for the title of Digicel Grand Prix champion and $1 million each towards gym equipment or development of their school’s training facilities.

Calabar High and Edwin Allen are the defending boys and girls' champions of the Digicel Grand Prix Athletics Championship.