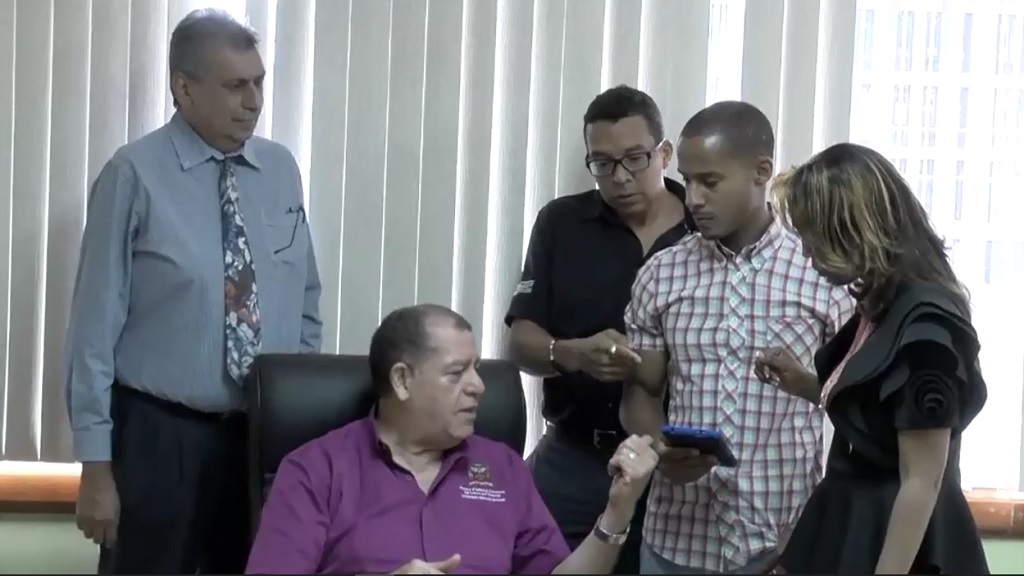 Integrated coffee supply business Jamaica Coffee Corporation has introduced a mobile app for coffee farmers through which it expects to almost double the yields in the sector.

During a courtesy call on Industry Commerce Agriculture and Fisheries Minister Audley Shaw at his offices in Kingston on Wednesday, the company conducted a brief demo of the app, which was developed in cooperation with the Jamaica Business Fund (an arm of the Development Bank of Jamaica ) and the Consultancy Inc.

“Essentially we wanted to be able to track the coffee process from the farm to the cup, primarily to give traceability tour customers, says David Shirley, Jamaica Coffee Corporation managing director.

Watch the video for details

The app provides information on best practices on all aspects of cultivation, from planting to reaping and includes video and audio tutorials, as well as the ability to interact with an agronomist as well as other farmers.

Some 14 farmers were involved in the initial phase of the project, with the aim to have islandwide adoption in the medium term.

Minister Shaw said he welcomed the initiative to increase the technological input in the agricultural sector.

“Agriculture, including coffee, cannot be left out of the technological revolution that is currently taking place,” he said, and described the app, as outlined as a “simple yet elegant system to deliver information to farmers on a consistent yet timely basis.” He added that the focus on increasing yield would augur well for the industry as it would inevitably mean better prices through consistency of supply.

Ronald Dubrisingh, Fund Manager at the Jamaica Development Fund, which funded the development of the app, said given the success of other similar technology interventions, there was every reason to expect great things form the app.

“In other projects where similar things have been done, we have seen as much as a 130 per cent increase in productivity, and the early indications are that the farmers in this project will be increasing their productivity significantly.”

Second-generation coffee farmer Adam McGraham, who has been using the app over the past seven months said that before being introduced to the software, he was not aware of the significance of technological inputs to improve farming practice. “The main thing that I would say has impressed me is the interaction with other farmers,

so if we have an issue, we can get answers immediately, as well as the videos that demonstrate how to do certain tasks…..cause everything is important for when you do it and how you do it.” He said he noticed a significant improvement in his plants even over the last two months.

Jamaica Coffee Corporation, which is the parent company of Stoneleigh Coffee Processors Limited and Stoneleigh Coffee Roasters Limited, grows, buys and sells 100 per cent Jamaica Blue Mountain Coffee. The company has been in the business of exporting coffee for over 30 years.

Salada purchases 750 boxes of coffee cherries in one night