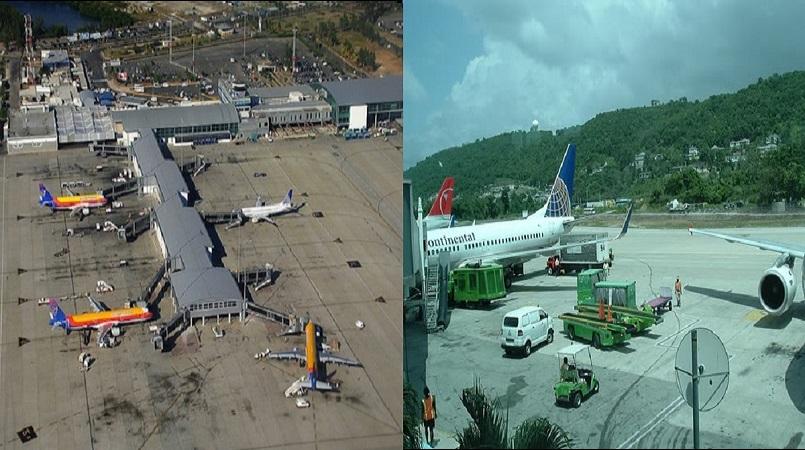 The construction of the towers by Canadian contractor, Intelcan, cost $1.9 billion. It's part of the Government’s comprehensive $4.92 billion modernisation programme for the Jamaica Civil Aviation Authority (JCAA).

Mike Henry, the Transport and Mining Minister, described the new facility at the NMIA as a symbol of modernity, signalling Jamaica’s evolution as an aerospace industry powerhouse.

He cited the JCAA’s modernisation programme as “a signal to local and international interests that the Government is committed to providing service in a modern and conducive building, with state-of-the-art equipment of the highest international standards.”

Henry added that the undertaking is pivotal to the Governments economic growth agenda.

“Innovation and performance in aviation continue to redefine the logistical possibilities of travel, while creating a reliable and safe super highway for multiculturalism and networking,” he said.

Director General of the JCAA, Nari Williams-Singh, said the modernisation programme is intended to satisfy both local and international needs and requirements.

He noted that approximately 178 flights are monitored by Jamaica’s air traffic controllers daily, and the figure is expected to increase steadily over time.

“There is a global air navigation plan and all International civil aviation organisation contracting states are supposed to implement certain (measures) to meet the requirements of this plan in dealing with the projected increase in air traffic movement. So, we have to be able to handle the increased volume more efficiently, while ensuring safety,” Williams-Singh said.

He noted among the changes, communication, which incorporates a touch-entry device to facilitate communication involving air traffic, aircraft and vehicles on the ground.

“So, we have the airfield lighting system that has moved from a minute board of about four feet wide with mechanical knobs, to just a computer touch-screen, which gives us the same control while using digital technology,” he explained.

Graham added that regular communication via telephone is also from the touch-screen control.