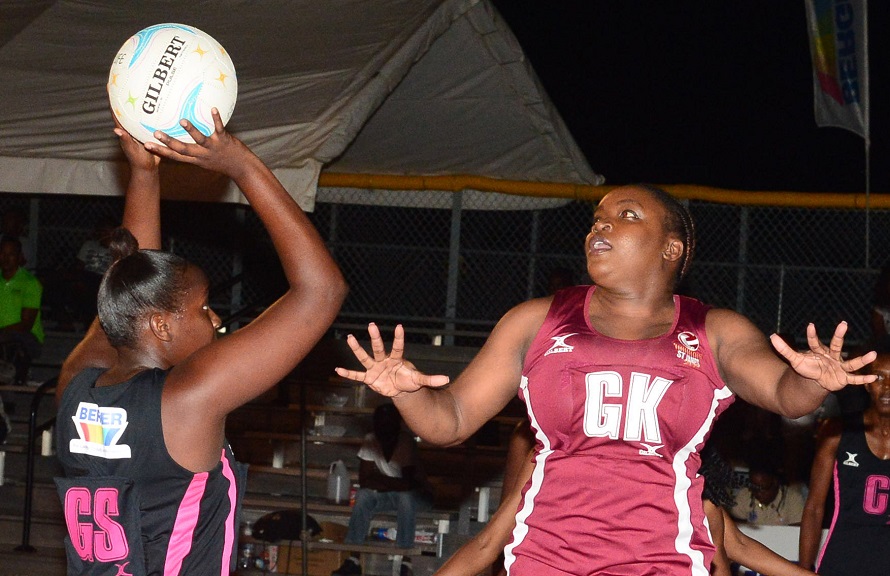 Kingston Hummingbirds sounded an ominous warning in racking up a 61-36 victory over St James Sharpes without top shooter Sabrina Spence, in their final preliminary game of the Berger Elite League at the Leila Robinson Courts.

Spence missed her team’s last two preliminary matches after picking up an ankle injury and Winston Nevers, head coach of the Hummingbirds, was pleased with his team’s display in Wednesday’s second match of Netball Jamaica’s semi-professional league.

“We shot 60-odd goals this evening and to shoot 60-odd goals without Sabrina on the court augurs well for Hummingbirds,” Nevers remarked, pointing to the shooter who gives his team a height advantage inside the circle. The very capable Hasana Williams and Shanice Beckford, by comparison, are relatively short shooters by netball standards.

“The shooters were on top of their game. Two days before it was atrocious to see the shooters underneath the post with penalties we missed. But we’re working on some decision-making. As a matter of fact, we speed up the game a little bit more because we’re working on our speed as well. Come Saturday, this is what we want to see when we put in our top shooter, Sabrina Spence,” analysed Nevers.

Only two days prior, his team put in an error-strewn performance and struggled over the line 49-47 against Clarendon Gaters.

After finishing the first quarter 10-all, Kingston Hummingbirds, the defending champions, started pulling away and led the second and third quarters 26-19, 41-29.

Hasana Williams scored most goals for the Hummingbirds, 39 from 47 tries, while Shanice Beckford sunk 22 from 26 attempts.

“It was a good win. We played like a team; the way we trained, the way we told them we wanted them to execute, smart playing, I think they did that. So we really feel pleased from the defensive area to mid-court to the attacking area,” beamed Nevers.

He also shared that Spence is fit to play.

“She’s coming on. She could’ve played today, but we decided we’re not going to risk it because we don’t want it to hurt her. We’ve been working on it (injury) from last week coming into this week; we said we’re going to play without her because we can manage without her,” Nevers noted.

The win pushed Kingston Hummingbirds up to 27 points from 10 games, the same as Manchester Spurs, who claimed first spot by virtue of a superior goal difference. St Ann Orchids finished third in the preliminaries with 10 points, while Clarendon Gaters got the fourth semi-final spot with nine points.

“Certainly this is not how we’d have wanted to end, but tonight we were up against the formidable  Kingston Hummingbirds and we knew that they’re a team that plays strong all round,” said Jennifer Brown, St James Sharpes’ head coach.

Brown added: “We started out nicely, we stayed in the game up until half-time, but certainly we made some real bad mistakes. We had some turnovers in the third quarter that really pushed us far behind the Hummingbirds.”

Kestina Sturridge led Sharpes’ scoring with 31 goals from 35 tries, while Vanessa Jones netted four from seven and Conique Moore one of two.

Brown said the semi-finalists were deserving, but voiced concerns over the team make-up.

“The teams that went through they deserve to be where they are now,” said Brown.

“I’m just hoping that changes will take place next year as it regards the selection of players, balancing the teams really because although the lottery was held, there’s still an imbalance, so the spread of players was not equal. I think some thought has to be given to that.”