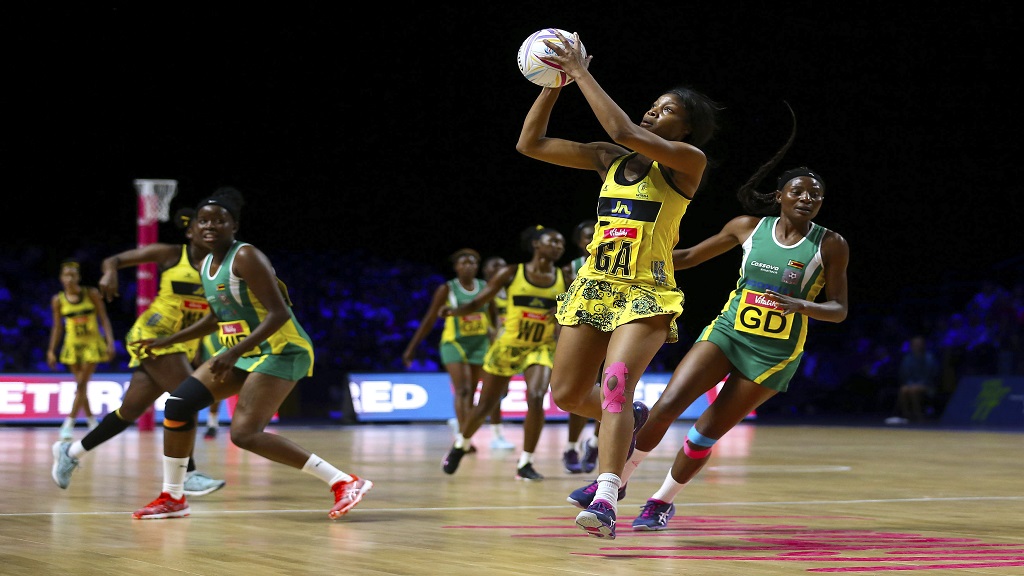 Jamaica's Sunshine Girls easily beat Zimbabwe 77-47 on Friday at the M&S Bank Arena in Liverpool, England to qualify for fifth-place playoff at the 2019 Netball World Cup.

The result ensured that Jamaica's disappointing campaign will end with at least a sixth-place finish.

The Sunshine Girls will now play Malawi on Sunday in the fifth-place playoff match. Malawi beat Uganda 55-44 in their all-African clash

The Sunshine Girls were booted from medal contentions on Monday after England handed them a second straight defeat.

It represents the first time since 1995 that Jamaica have not made it into the knockout rounds. The Sunshine Girls came into the tournament ranked second in the world and with great expectations of their first trophy in 15 attempts.

England will bid to reach their first final when they take on New Zealand in the last four in Liverpool on Saturday.

England are unbeaten in their home tournament so far but this will be their toughest test yet.

Four-time winners the Silver Ferns have contested the last five finals, playing Australia on every occasion.

Australia will play South Africa in the first semi-final at 11:15 am.

South Africa, ranked fifth in the world, were runners-up in 1995 but had not reached another semi-final prior to this year's tournament.