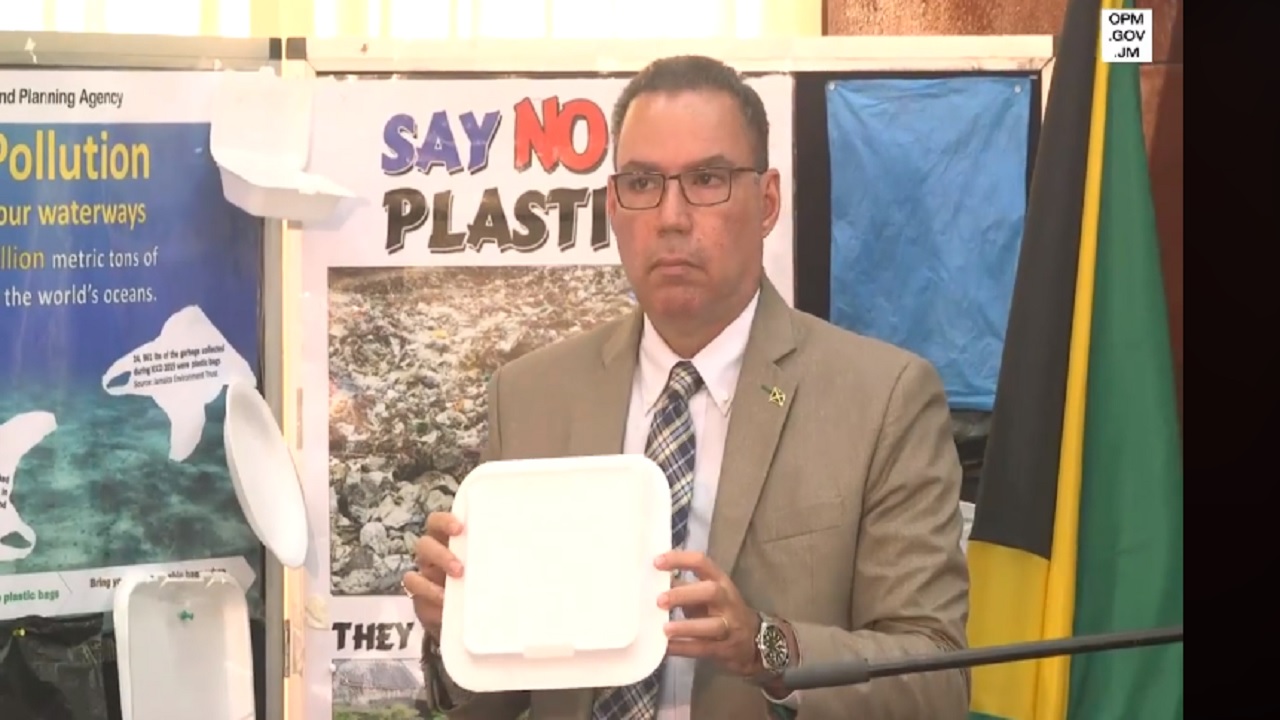 The National Environment and Planning Agency (NEPA) has announced that two Plastic Packaging Materials Prohibition (PPM) Orders have been gazetted.

The orders were signed ahead of the implementation of the January 1, 2019 ban on types of single-use plastic bags, plastic drinking straws and the importation of expanded polystyrene foam products, used in the food and beverage industry.

The PPM Prohibition Orders outline the items that will be banned, the usage timelines, the items that require an application for exemption, and the applicable fines for breach of the Orders.

The Government in September announced the ban on single-use plastics, straws and Styrofoam containers to take effect on January 1, 2019.

The Jamaica Environment Trust (JET) has since described the decision as a “bold move”.

According to JET, the move is “in line with global trends to reduce or eliminate single-use plastic packaging and represents a positive shift in environmental policy by the GOJ.”

At the same time, JET is urging the Government to make available, suitable alternatives to scandal bags.

Minister without portfolio in the Ministry of Economic Growth and Job Creation, Daryl Vaz, announced the pending ban during a press conference at Jamaica House.

The Opposition People’s National Party has since issued a call for the Government to delay the implementation of the ban.

PNP officials have since called for the implementation of an island-wide public education and awareness campaign to sensitize Jamaicans ahead of any such move.

Spokesperson on Land and the Environment Senator Sophia Fraser Binns argued that this was even more urgent in light of the concerns from stakeholders about what will happen when the ban takes effect.

European officials agree on ban of some single-use plastics

Scary statistic: 90.5 percent of plastic is not recycled