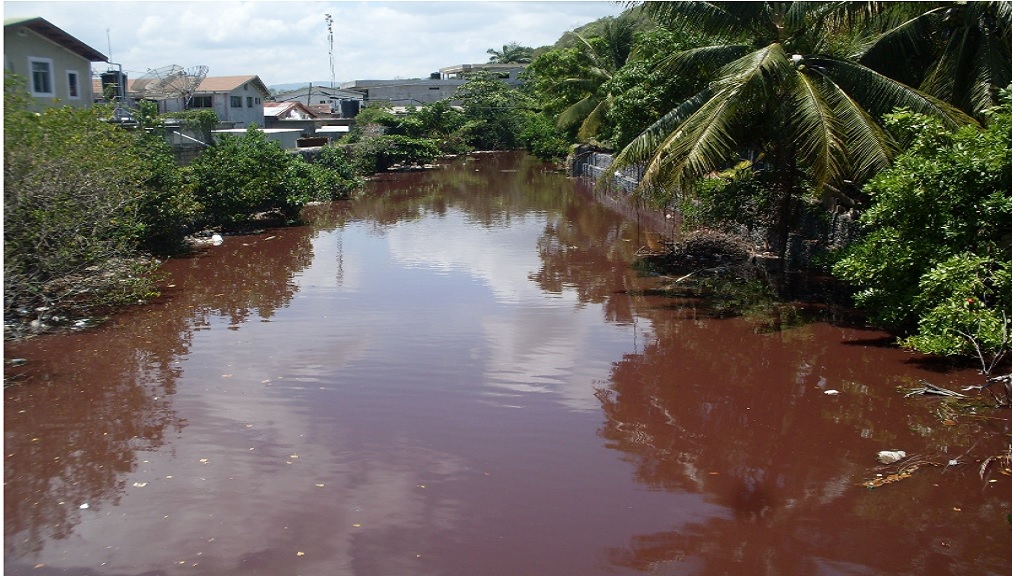 The National Environment and Planning Agency (NEPA) has confirmed that the ‘reddish-pink’ discolouration of the Outram River that runs through Port Maria in St Mary has been due to the overgrowth of specific species of algae, resulting in the phenomenon known as ‘Red Tide’.

Red tide is made up of numerous microscopic plant algae, also known as phytoplankton. Laboratory analysis of samples collected at the Outram River by the Centre of Marine Sciences at the University of the West Indies (UWI), Mona revealed a high concentration of phytoplankton, which is an indication of a high nutrient level in aquatic systems, and hence the algal growth.

The overgrowth of algae is attributed to changes in environmental conditions, specifically a significant increase in the levels of nutrients in the water.

The build-up of algae is also attributed to the blockage at the mouth of the Outram River, and the low flows of the river as a result of the drought conditions being experienced.

Anthony McKenzie, Director, Environmental Management and Conservation at NEPA, recommended that “the blockage of the sand berm at the mouth of the river is to be gradually removed in order to ameliorate the situation.”

He emphasised that “channels should be created through the blockage to manage the flow, rather than the total removal of the material. This approach prevents issues, including a fish kill, (that are) associated with the occurrence of an algal bloom in the coastal environment.”

NEPA has been in dialogue with the St Mary Municipal Corporation, which has indicated that over the coming days, the berm at the mouth of the river will be partially opened to allow for the controlled release of water from the area, and the flushing of the river.

As the water is (now) not safe for consumption or household use, the public is being advised to stay away from the river until the corrective actions have been taken.