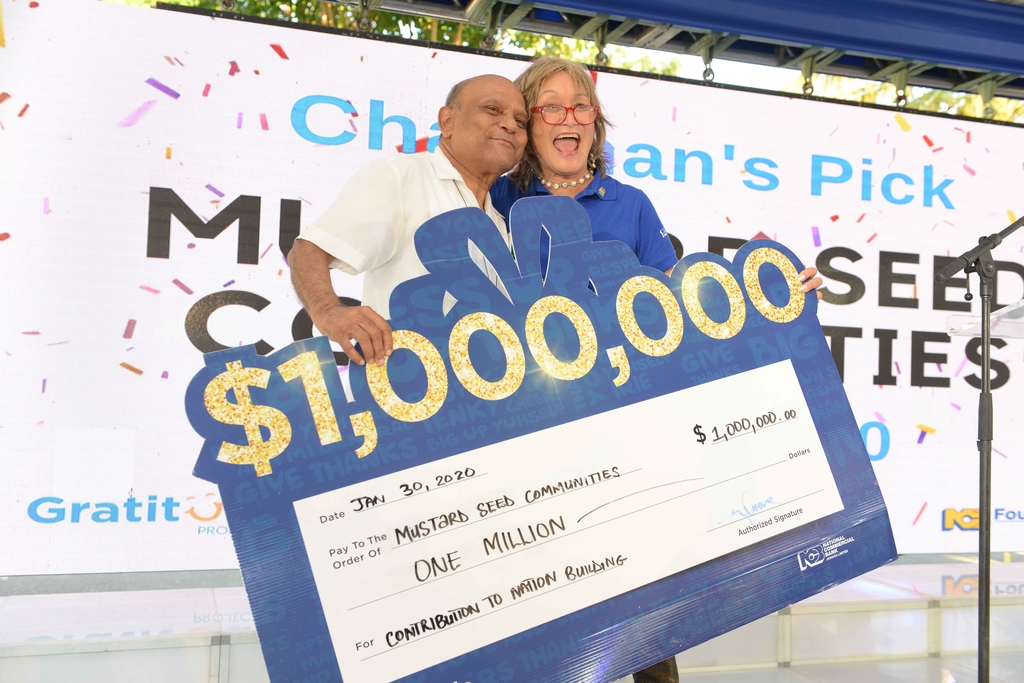 Monsignor Ramkissoon (left), Founder Mustard Seed Communities is all smiles with Thalia Lyn, Chairperson NCB Foundation during the presentation of a $1 million cheque.

The NCB Foundation announced the winners of $12 million in donations under its 2019 Grant A Wish campaign at the NCB Wellness Center on Thursday, January 30.

The Grant A Wish programme commenced in 2015 and has now donated over $20 Million impacting the lives of over 750,000 Jamaicans. The programme is part of the organization’s year-long Gratitude Project.

They were each awarded $1 million toward the development and operations of their respective institutions. The giving did not stop there as Thalia Lyn, Chairperson of N.C.B. Foundation announced the ‘Chairman’s Choice’, a charity of her choosing to be awarded to The Mustard Seed Communities who also received $1 million.

“As Chair of the NCB Foundation, I have seen firsthand the work that these organizations do in building a better Jamaica. We wanted to help the wider Jamaica and our Grant A Wish Programme provides an avenue for us to fulfil those wishes and impact lives. I am grateful for the organizations and individuals such as those present today, as they really do a lot for some of our most vulnerable Jamaicans,” shared Lyn. 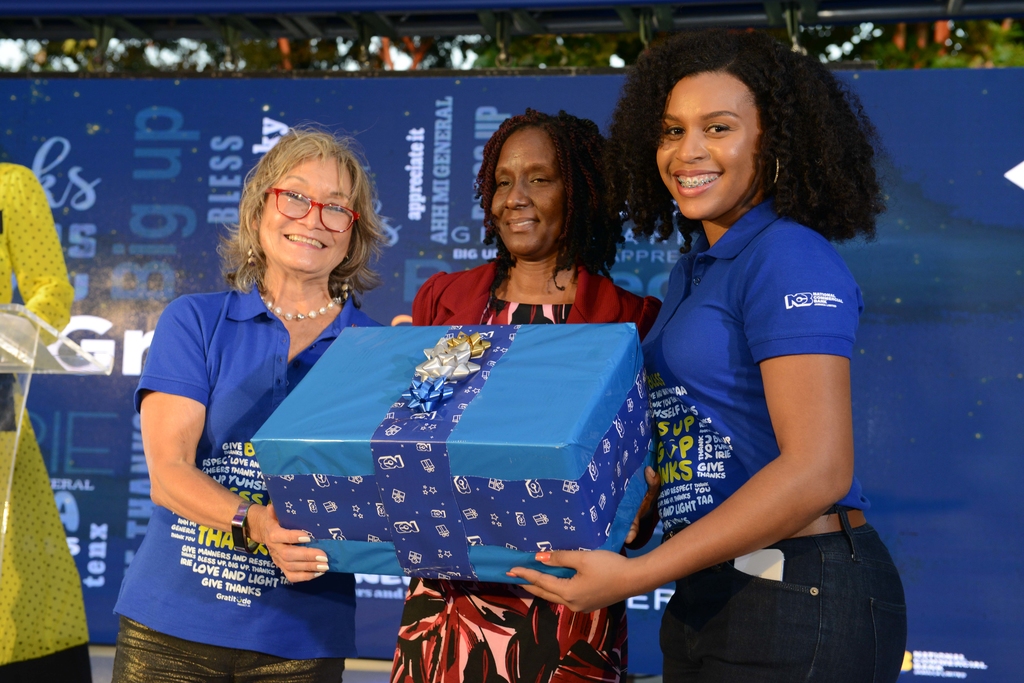 NCB Group President and CEO, Patrick Hylton also revealed his ‘President’s Pick’ and selected the Summerfield Boys Home from his native parish of Clarendon as a recipient of another $1 million.

The Grant A Wish campaign was executed via an online portal where the public not only had the chance to submit nominees but to also vote for the projects they thought should win.

The nominees were then split into three categories: Children’s’ Homes, Golden Aged Homes and organizations that support persons with disabilities.

There was also a section that included submissions for persons who do good in their communities. Over 500,000 votes were submitted for the 1,300 nominations, through the portal. Twelve charities were awarded, sharing in an overall award of $12 million.

Recognising organisations and members of the community with the NCB Grant A Wish award is just one way in which NCB is working to show its gratitude to the public. The coinciding Gratitude Project includes other expressions of gratitude and is set to unveil phase two in the coming months.

The Gratitude Project was launched in November 2019 with an announcement made by NCB Group’s President and CEO, Patrick Hylton of a $25 million investment for university students who were struggling to complete their programmes.

“We have a lot to be grateful for, in terms of the example we have been able to set, the people we have been able to assist and the role we have played in the development of our people and society. We recognize that what we have is a privilege and it is our responsibility to be role models, not only to do well in business but to do good,” explained Hylton, as he spoke about the Gratitude Project.

Over 600 students to benefit from $60-m NCB Foundation scholarships