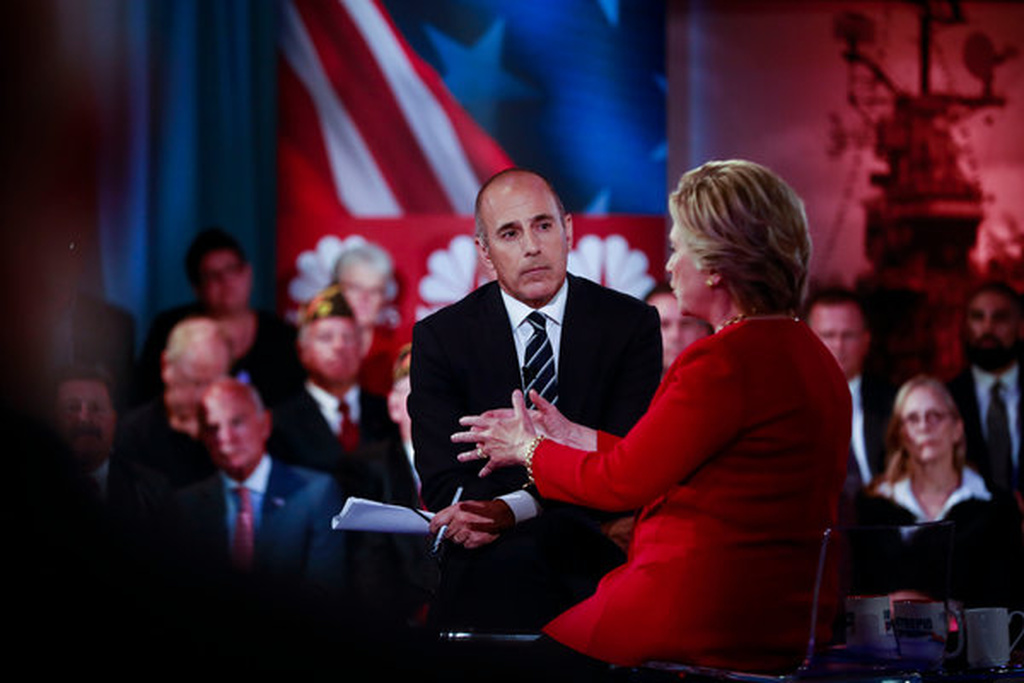 NBC has fired its leading morning news anchor Matt Lauer over a sexual harassment allegation, the network’s president for news said in a memo to staff on Wednesday.

“On Monday night, we received a detailed complaint from a colleague about inappropriate sexual behavior in the workplace by Matt Lauer,” Andrew Lack, the NBC News president, said in the memo.

He said the allegation against Mr. Lauer “represented, after serious review, a clear violation of our company’s standards. As a result, we’ve decided to terminate his employment.”

“While it is the first complaint about his behavior in the over 20 years he’s been at NBC News, we were also presented with reason to believe this may not have been an isolated incident.”

Mr. Lauer’s co-host, Savannah Guthrie, announced the news on “Today” on Wednesday morning. Appearing on the verge of tears, Ms. Guthrie said, “All we can say is we are heartbroken; I’m heartbroken.”

She described Mr. Lauer as “a dear, dear friend,” and said she was “heartbroken for the brave colleague who came forward to tell her story.”

Calling Mr. Lauer’s dismissal part of a national reckoning, she continued, “How do you reconcile your love for someone with the revelation that they have behaved badly?”

The “Today” staff learned the news shortly before going live. Giving the weather report, a visibly shaken Al Roker said, “I’m still trying to process the news.” Soon after announcing the dismissal, Ms. Guthrie gripped the hand of Hoda Kotb, who was rushed in as an emergency substitute host.

The move by NBC represents one of the few examples of a company taking pre-emptive action over sexual harassment complaints before any allegations had become public.

Mr. Lauer’s dismissal was seized upon by President Trump, who went on to ask in a tweet when executives at NBC and Comcast, the network’s parent company, would “be fired for putting out so much fake news.”