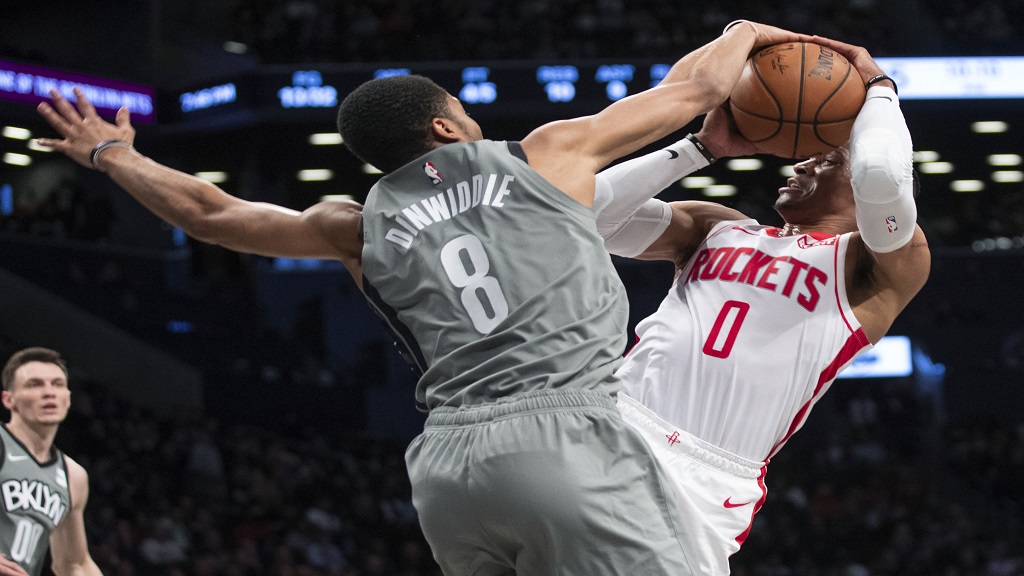 Brooklyn faced adversity early in their NBA fixture against Houston on Friday night, but they rebounded to claim a 123-116 victory at Barclays Center.

The Nets fell into a hole early and trailed by as much as 15 in the first half before they found scoring from some surprising places.

Taurean Prince unexpectedly led the way offensively with a team-high 27 points for Brooklyn while Garrett Temple chipped in with 16 points and seven rebounds.

Brooklyn still called Kyrie Irving's number down the stretch and he sealed the game with a step-back dagger on a corner 3-pointer in the fourth quarter. He finished with 22 points on the night.

James Harden continued his ridiculous run at the charity stripe, tallying 36 points and eight rebounds while sinking 14 free throws. But he struggled from deep and made only two of his 16 long-range shots.

Houston has made a name for itself by shooting a large number of threes, but shooting at a 25 percent clip against a Brooklyn team that converted 59.4 percent from downtown didn't help their chances.

Kemba makes himself at home in the Garden

Kemba Walker scored 33 points in the Celtics' 104-102 win over the Knicks at TD Garden.

Andre Drummond tallied 25 points and 24 rebounds as the Pistons fell to the Bulls 112-106.

Brook Lopez went 1-of-7 from the field and scored three points in the Bucks' 123-91 rout of the Magic.

Cleveland's Darius Garland missed all 10 of his shots and notched just two points in his team's 102-95 loss to the Pacers.

Tatum ices the game for the Celtics

Jayson Tatum scored 24 points and nailed the decisive basket as the Celtics snuck past the Knicks.

Philadelphia is undefeated but they face a talented Portland team without Joel Embiid who is serving a two-game suspension for a skirmish with Minnesota's Karl-Anthony Towns. How will the 76ers respond without their dominant post presence and defensive stud down low? Damian Lillard and CJ McCollum certainly won't make things easy for the Eastern Conference powerhouse.