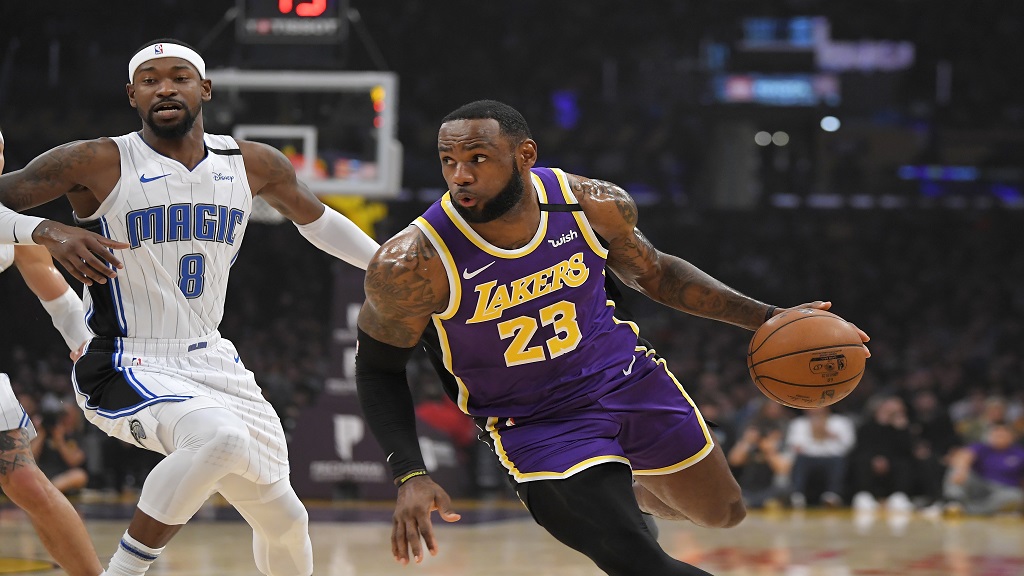 The Orlando Magic snapped the Los Angeles Lakers' winning streak in the NBA, while the Houston Rockets were also stunned on Wednesday.

The Lakers' nine-game winning run was ended with a shock 119-118 loss to Orlando.

LeBron James had a double-double of 19 points and 19 assists, but the Lakers (33-8) were stunned at the Staples Center.

Houston were also surprised in a 117-107 defeat to the Portland Trail Blazers.

Russell Westbrook contributed a triple-double of 31 points, 12 assists and 11 rebounds, but James Harden (13 points) went three-of-12 from the field.

Luka Doncic starred with 25 points, 17 assists and 15 rebounds in the Dallas Mavericks' 127-123 win over the Sacramento Kings. The 20-year-old became the youngest player in NBA history to post a triple-double with at least 15 rebounds and 15 assists.

Domantas Sabonis' double-double of 29 points and 13 rebounds helped the Indiana Pacers past the Minnesota Timberwolves 104-99.

Kyle Kuzma struggled in the Lakers' defeat, going two-of-10 from the field for just four points in 27 minutes.

Sviatoslav Mykhailiuk converted from beyond half-court to beat the buzzer in the third quarter of the Detroit Pistons' 116-103 victory against the Boston Celtics.

The Celtics (27-12) get a chance to bounce back when they face Eastern Conference leaders the Milwaukee Bucks (36-6) on Thursday.