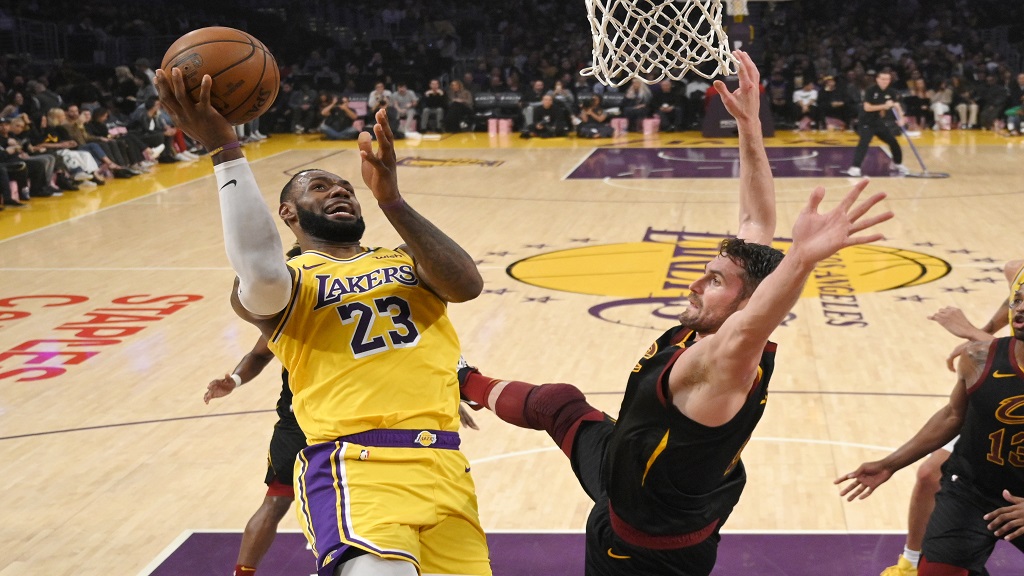 LeBron James guided the Los Angeles Lakers to a ninth straight win in the NBA, while the Boston Celtics claimed a victory on Monday.

James' 31 points and eight assists saw the Lakers ease past the Cleveland Cavaliers 128-99.

Dwight Howard contributed a double-double of 21 points and 15 rebounds off the bench as the Lakers improved to 33-7 this season.

The Celtics made it back-to-back wins by overcoming the Chicago Bulls 113-101.

Boston had four starters manage double-digits in points, with Jayson Tatum leading the way with 21.

Nikola Vucevic finished with a double-double of 26 points and 15 rebounds in the Orlando Magic's 114-112 win over the Sacramento Kings.

Markieff Morris went two-of-12 from the field for just seven points in 18 minutes in the Detroit Pistons' 117-110 overtime loss to the New Orleans Pelicans.