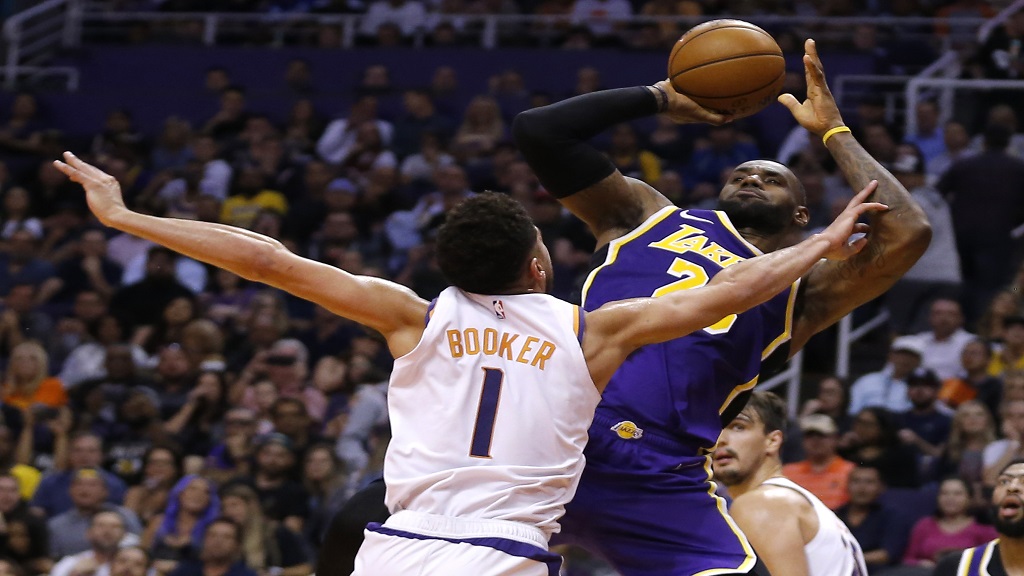 The Los Angeles Lakers bounced back to winning ways in the NBA, while Trae Young led the Atlanta Hawks to victory on Tuesday.

Coming off a loss to the Toronto Raptors, the Lakers responded by beating the Phoenix Suns 123-115.

The Lakers are top of the Western Conference ahead of two teams on four-game winning streaks – the Utah Jazz and Houston Rockets.

The guard had 42 points – going eight-of-13 from three-point range – and 11 assists to continue his brilliant start to the season.

Joel Embiid had a double-double of 27 points and 16 rebounds in the Philadelphia 76ers' 98-97 win over the Cleveland Cavaliers.

The Miami Heat were too strong for the Detroit Pistons 117-108 as Jimmy Butler contributed 20 points and 13 assists.

The Jazz continued their winning run, getting past the Brooklyn Nets 119-114 thanks to 30 points from Donovan Mitchell.

The Oklahoma City Thunder were thrashed by the Indiana Pacers 111-85.

Coby White set a Chicago Bulls record for most threes in a quarter by hitting seven in the fourth in a 120-102 win over the New York Knicks.

All eyes will be on the Toyota Center as two contenders, the Houston Rockets (7-3) and Los Angeles Clippers (7-3), meet.